On Yegor Rykov playing next season in Russia in the KHL 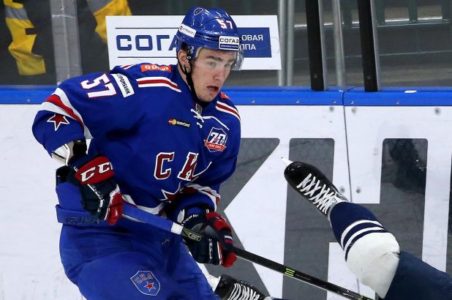 Yesterday, some surprising news hit as prospect Yegor Rykov has opted to play next season in the KHL in Russia with CSKA.

Rykov to the KHL. Not surprising given the delayed AHL season start. #nyr https://t.co/buOpoxttzt

Rykov was a big get for the Rangers when they traded Michael Grabner for him at the 2018 trade deadline. It was an even bigger get when the Rangers signed him to an entry level contract last summer. His decision to go back to the KHL can come off as a disappointment. But there’s more to this situation.

This is not a Lias Andersson type situation, or at least that’s not what it appears to be. Rykov certainly had a rough start to his North American career. He spent half the season on IR, then when he was able to play, he struggled at the AHL level. He got to the point where he was a healthy scratch.

There was minimal cause for concern regarding Rykov’s play. It was an adjustment to the North American game. He dealt with the season opening injury, then had another one late in the season with Hartford. Then COVID hit and blew up everything. He wasn’t on the playoff roster to let him heal up and get to 100%.

The KHL is set to start on September 2. The AHL isn’t set to start until December 4, and that’s only if the US can get its numbers under control. There is too much uncertainty in the US game right now. Guaranteed playing time for Rykov is more important than him staying in the US to sit around and wait.

I’m unsure of the details of his contract with the KHL, but Rykov still has one year on his Rangers deal. While it’s unlikely Rykov would leave in the middle of the KHL season, he could feasibly come to the Rangers/Hartford Wolf Pack at the end of the KHL season in February/March.

The other wild card here is the length of the AHL/NHL seasons. There’s a big chance the league extends the season into next summer as well, meaning Rykov probably doesn’t miss all that much AHL/NHL time. In essence, he’s getting two seasons under his belt if he comes back over.

There isn’t much to read into Yegor Rykov’s decision to play next season in Russia in the KHL. It’s just a kid needing to get some of his game back together after a bad start to the next step in his career. It doesn’t look like we’ve seen the last of Rykov in the Rangers system.