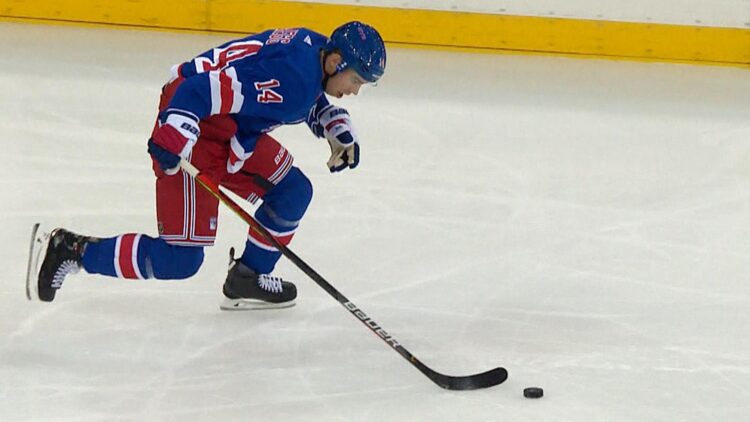 The last forward on the list that played enough games* with the Rangers this season to warrant a report card is Greg McKegg. Signed to be a depth center, the Rangers knew what they were getting in McKegg. He was signed as a 4C, possibly 13F, to round out the bottom six. He was never going to be a big scorer. Just a strong defensive center who could chip in here and there.

McKegg wound up putting up 5-4-9 in 53 games. Surprisingly enough, that puts him around Di Giuseppe’s scoring pace (1-3-4 in 20 games). Chipping in ten points from a predominately fourth line role, especially on this team, is an added benefit to his role with the team. 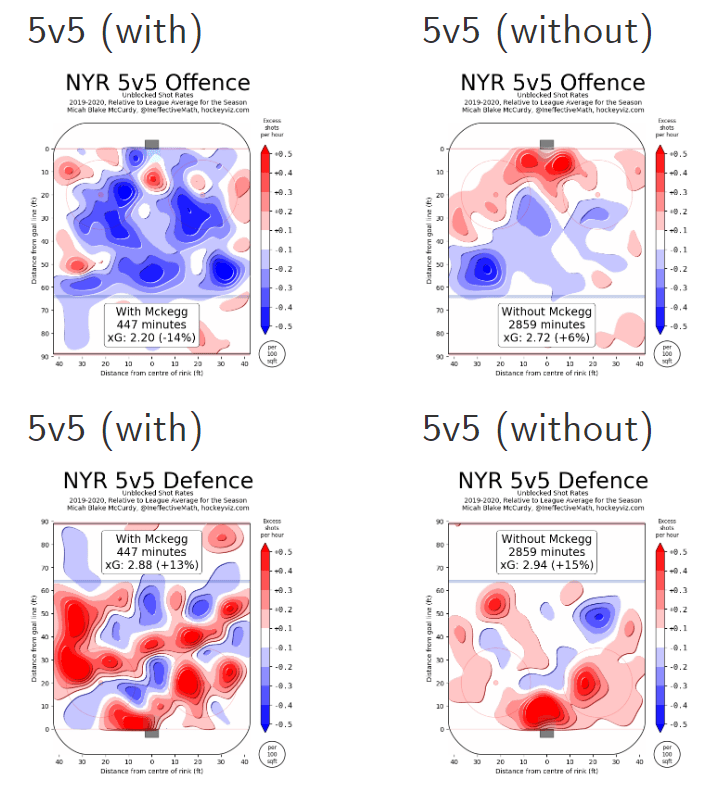 McKegg’s 5-4-9 line is nice, but let’s not confuse it with sustainable offensive production. McKegg didn’t drive offense at all this season. Then again, his most consistent linemates this season were a combination of Brendan Smith (a defenseman), Brett Howden (not good), and Brendan Lemieux (sneaky bad). Defensively, McKegg didn’t move the needle much. He was a net-positive, but barely. That’s about what you get for his role. 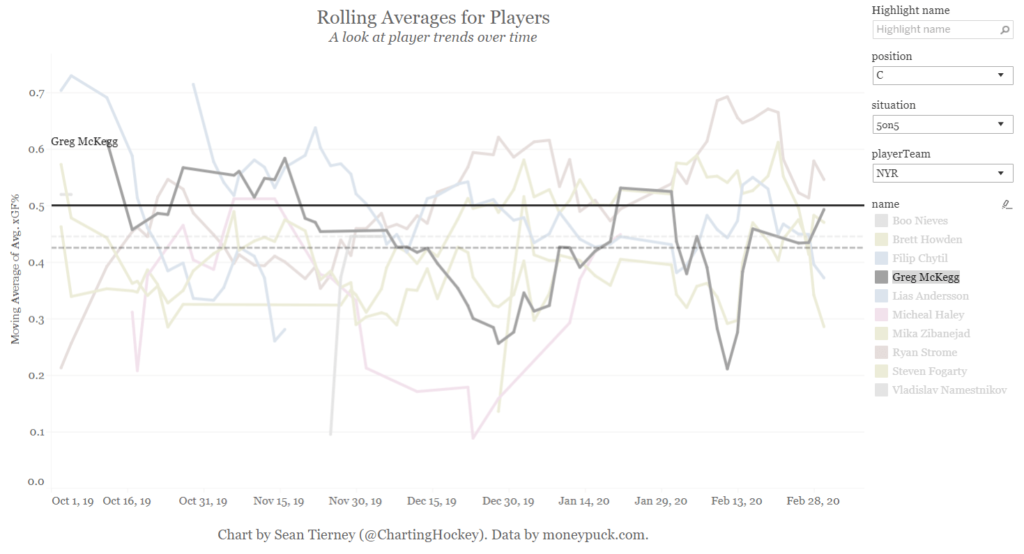 Overall, McKegg was exactly as advertised for the Rangers. He was a little better than net-neutral defensively. He was a net-negative offensively, but chipped in a little more than expected. Given his linemates, it makes you wonder how he would have looked with a few more NHLers on his line.