NY Rangers forward Brendan Lemieux is one of those sandpaper players that old school hockey fans love. New school hockey fans can get behind his decent skill and ability to balance out the bottom-six as well. He seems like the new Sean Avery, without some of the on-ice antics that followed Avery around.

In his first full year with the Rangers, Lemieux put up 6-12-18 in 59 games. The scoring line isn’t overly impressive in the grand scheme of things. Brett Howden and Kaapo Kakko were Lemieux’s primary linemates, and both had their own struggles. 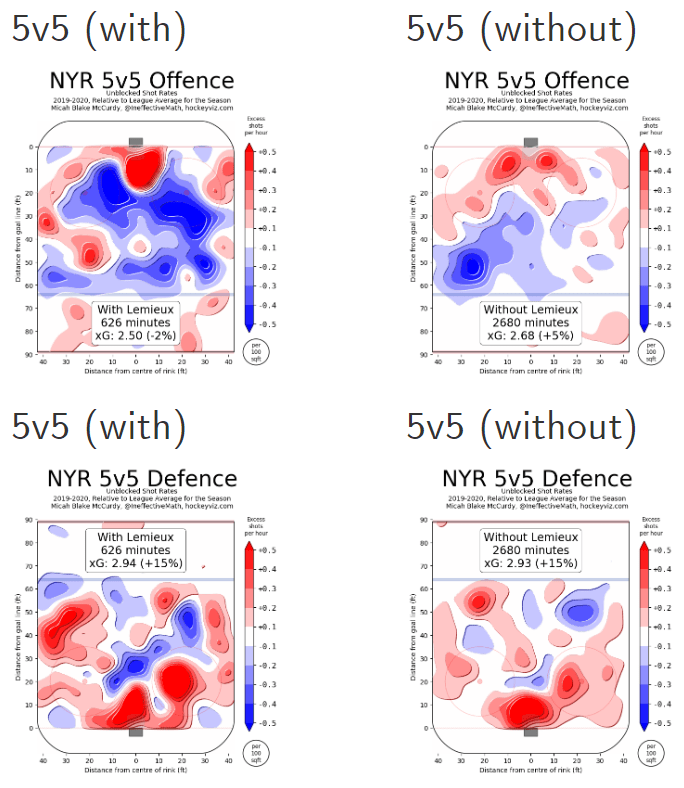 Offensively we shouldn’t expect much from Lemieux. A full season 10-20-30 line is about what to expect, with that sandpaper style of play. It is worth noting that Lemieux is a pretty solid net-front presence. He’s no Chris Kreider, but he’s in front of the net and he does it very well. 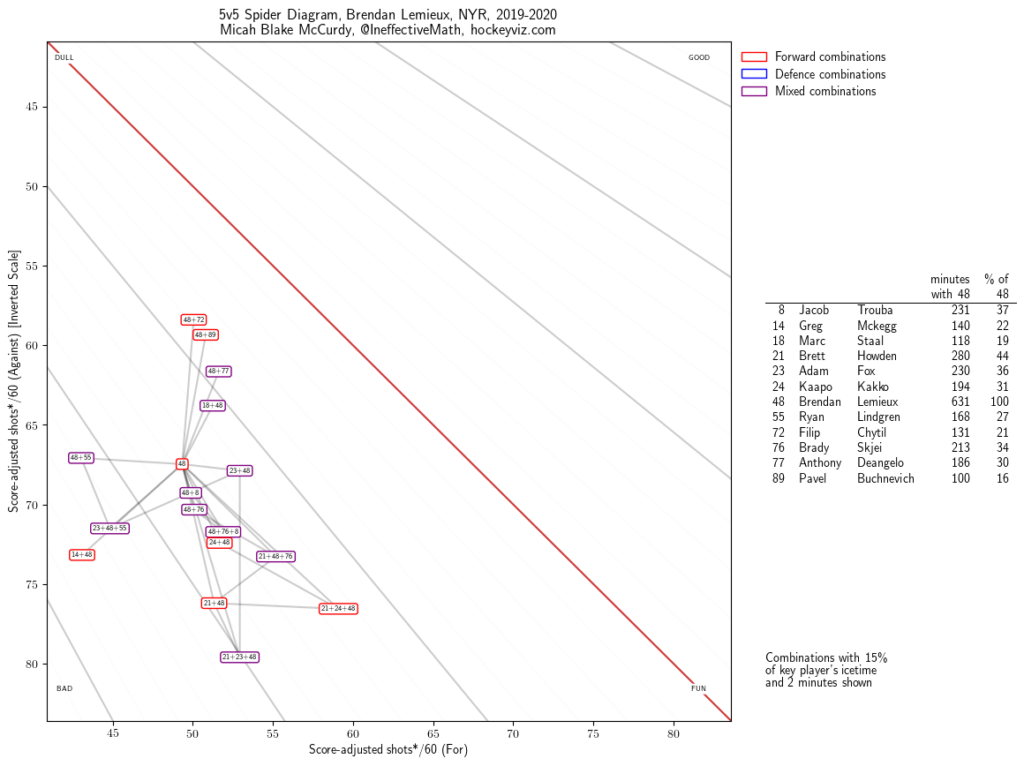 It is also important to analyze how Lemieux performed with Kakko and Howden and without. WOWYs aren’t the best indicator of future success, but they are a piece of the puzzle. Compared to Lemieux’s season long numbers, this trio allowed more shots against, but also generated more shots for. They trend towards “fun.” This shouldn’t be a surprise.

It’s also not a surprise that the Rangers struggled defensively to start the season. It wasn’t until December when the on-ice product was noticeably better. This is why through all these report cards, trends over time are important. 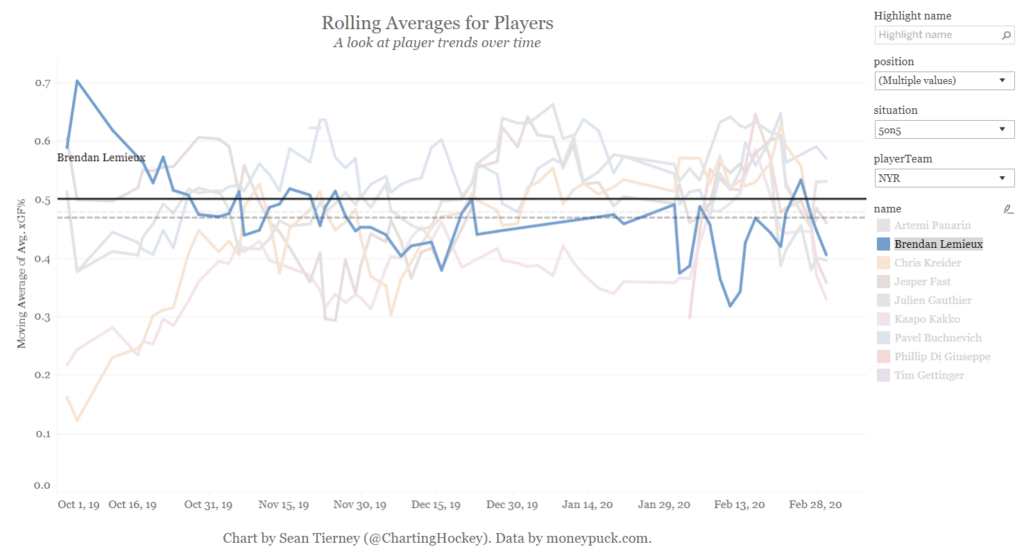 Lemieux is one of the few Rangers that actually started the season positively. Of course that faded as the Rangers struggled, but he never really hit a rock bottom. Even his worst points in the season were better than many others. It is a fair statement to say that while Lemieux may not light it up offensively, he can be a defensive positive. Especially as this team grows. The Rangers could certainly do worse with bottom-six forwards than Brendan Lemieux.