The NY Rangers lucked out by drafting Filip Chytil 21st overall in 2017. If he were born ten days later, he would have been part of the 2018 draft, and likely would have been a top-ten pick in that draft. The Blueshirts have been able to bring Chytil along in a quick but not rushed manner, sliding him into the 3C role this year.

Chytil responded with a 14-9-23 line in 60 games. That projects to a 19-12-31 season over 82 games. When it comes to a young 3C, that’s about expected. The bigger pieces are what Chytil does away from the puck, things that show he might be ready for a promotion to 2C. 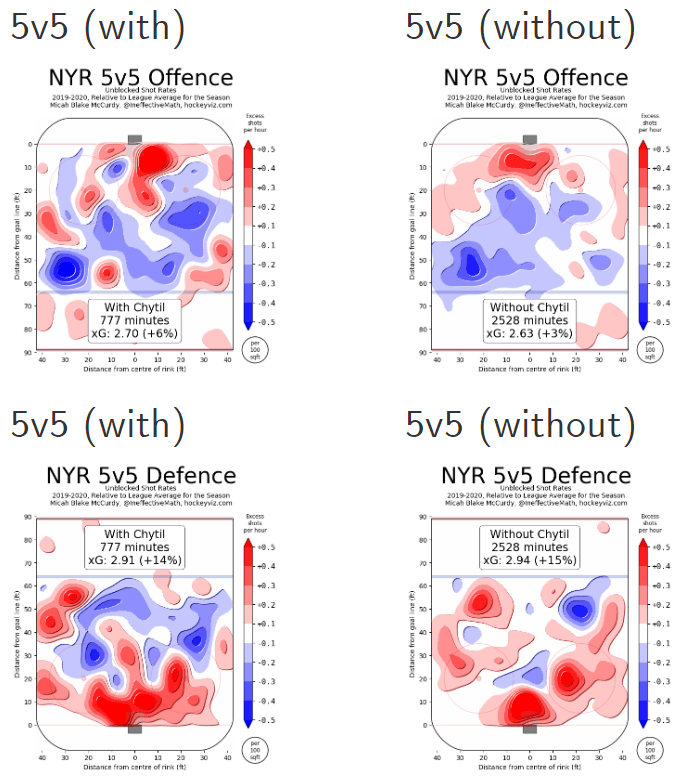 When it comes to offense, the Rangers were marginally better with Chytil on the ice. It suggests he has the ability –especially with better linemates– to drive offense. This is generally inferred based on results from limited ice time, and more ice time leads to more points if the underlying numbers are there. They are. As for defensively, he isn’t really a net positive or net negative. That’s actually better than expected, as youngsters usually struggle in this area.

Chytil spent most of his time with Kaapo Kakko, who did have his struggles. This was primarily in a third line role with a rotating LW. It is worth noting that although Kakko struggled, his performance with Chytil was better than expected. 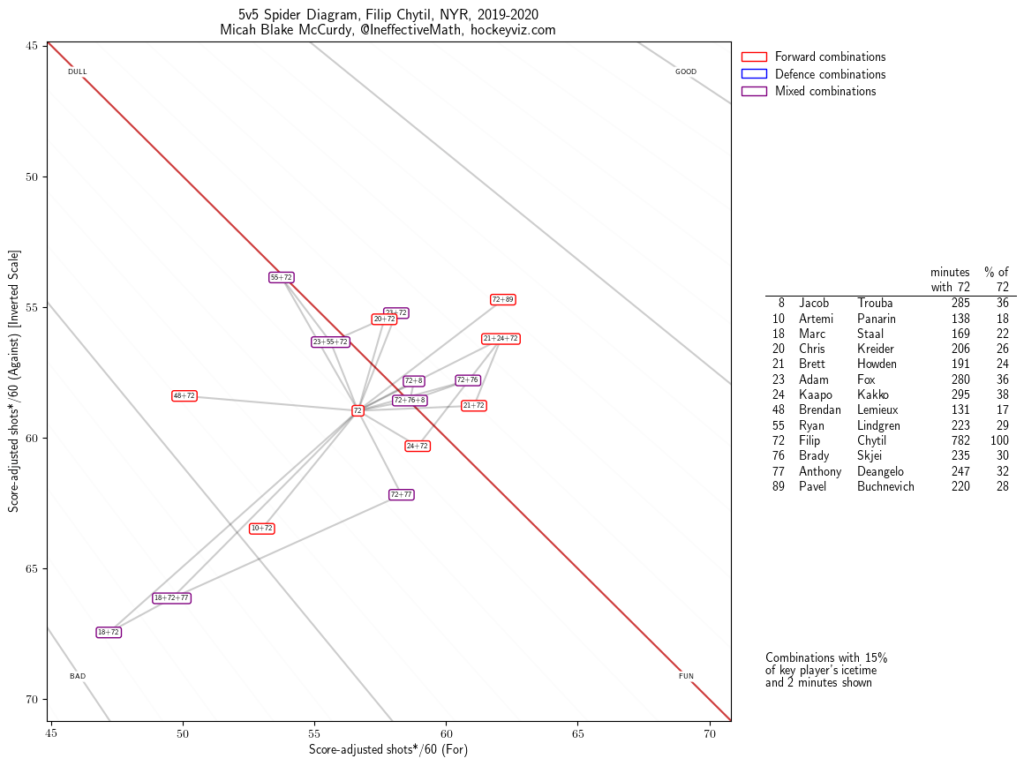 Chytil did spend a good amount of time with Chris Kreider and Pavel Buchnevich as well. That line worked. Based on the above, it looks like Chytil’s numbers were dragged when on the ice with Marc Staal and Brendan Lemieux. Small sample size warning there, of course.

All of this suggests that Chytil would be capable of replacing Ryan Strome as the 2C. Chytil still has a lot of growing to do, and there is no guarantee that he will succeed in that role. It is clear that Chytil is progressing in the right direction. Those flashes of skill should become more than flashes when given more ice time.

Overall, this was a solid second full season for Filip Chytil, and there’s not much more the Rangers could have asked for. Next season will be a big one for the kid, especially if the Rangers pencil him in as the second line center.