No single player divides the opinions of the NY Rangers’ fan base the way Ryan Strome does. Strome came to New York in a trade for Ryan Spooner –a trade that the Rangers clearly won– and immediately started scoring. There were questions about his shooting percentage and his play without the puck, leading to concerns that his point pace was unsustainable. Most of those questions should have been answered this season.

Strome again came into this season riding a scoring wave, as he instantly clicked with Artemi Panarin. Again there were questions about sustainability, and if Strome was simply just riding the Panarin wave. But it’s easy to overlook riding the Panarin wave when Strome puts up a line of 18-41-59 in 71 games. That’s third on the team in scoring and a shoe-in for 60 points. Despite what the other numbers say, you can’t ignore that production. It has a heavy influence on his overall season performance. 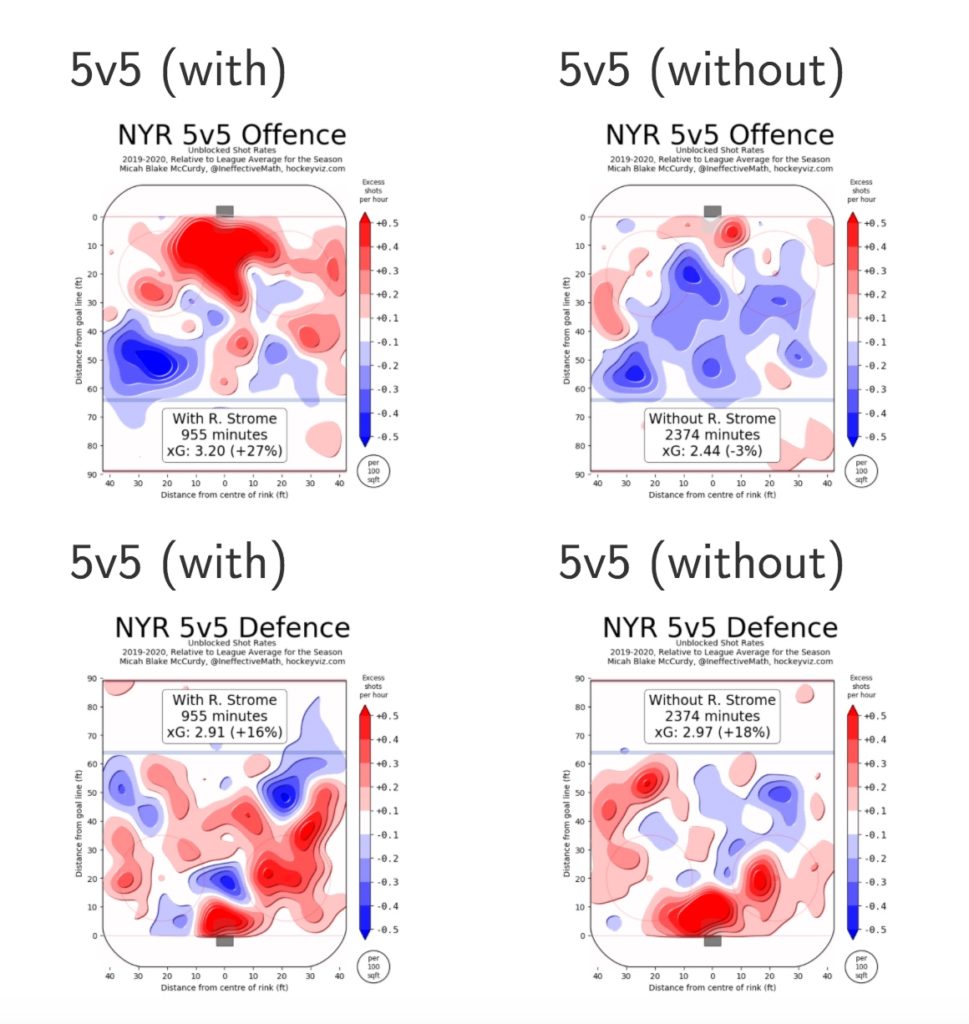 Taking this a little deeper and looking at his rolling xGF%, we see that Strome was still an overall positive impact on the ice. 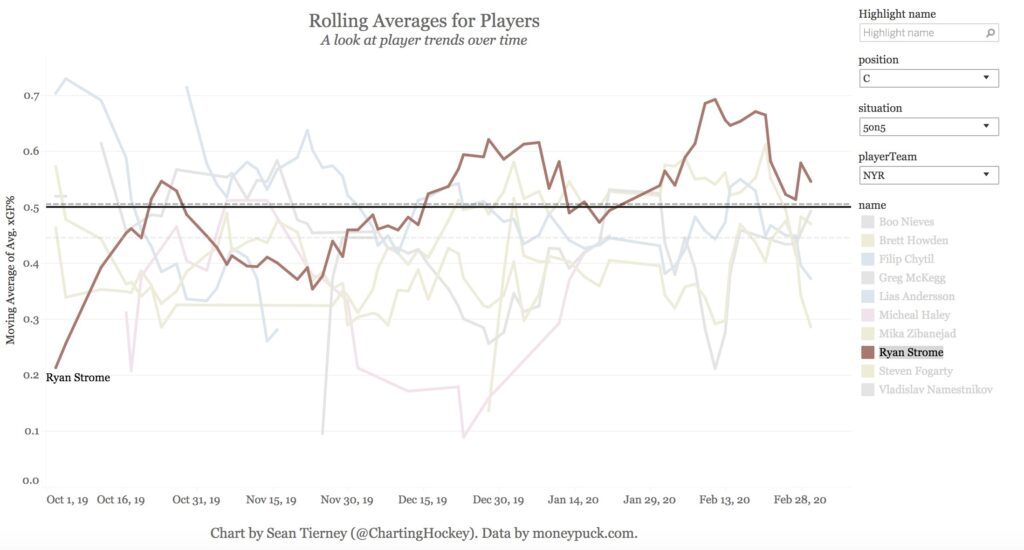 Strome was a big part of the Rangers’ resurgence of solid play beginning in December, peaking during that great run in February. He, like every other Ranger, started off a little slow away from the puck and also finished a little slow as the Rangers dealt with injuries and losing their best LD.

This season, in a vacuum, was a tremendous success for Strome. I don’t think anyone can really poke too many holes in his season or say he was a detriment to the team. The question is whether or not he’s worth a long-term, very costly contract, especially when the Filip Chytil has shown he should be able to handle the 2C role. We’ve had that discussion a lot.