To sell or not to sell; That is the question 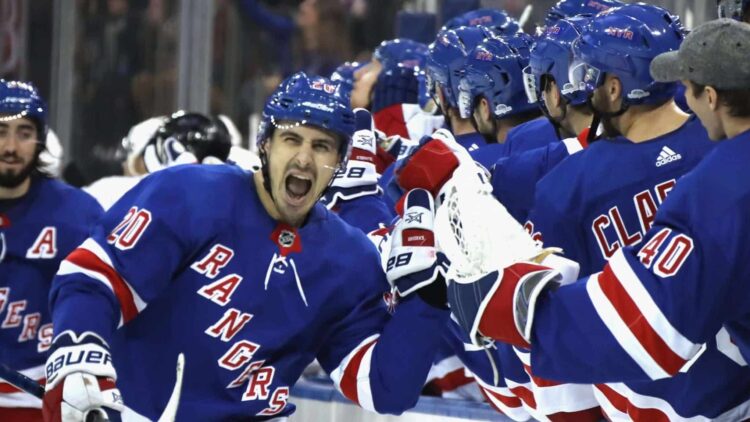 As the season stretches through December, focus will shift to the trade deadline and what the Rangers will do. There are decent assets on the Blueshirts that could fetch another haul, and Chris Kreider is the “consolation” prize for a team that misses out on Taylor Hall. The question, though, is whether or not the Rangers should sell.

As of the writing of this post, which does not include last night’s results, the Rangers sit in fourth in the wild card race, four points behind Carolina and sport a 15-11-3 record. That’s essentially a game over .500. There’s a lot of talk about playoffs, but the recent 6-3-1 run has clouded the underlying numbers that the Rangers haven’t really been that good recently. Alex Georgiev is that door in the water in Titanic, and all of the Rangers are just clinging on for dear life. Two people can fit on it, but that’s it.

While the run is certainly fun to watch, I’m bracing for the bottom to fall out. If and when it does (sorry, Georgiev isn’t going to sport a .960 SV% for the rest of the season), then we should see teams like Tampa, Toronto, and possibly Columbus pass them. At best it puts them fifth from the bottom. At worst fourth from the bottom, and ahead of Ottawa, New Jersey, and Detroit.

David Quinn and Jeff Gorton are on record stating they don’t want to sell at the deadline. After all, last year when the Rangers dealt Kevin Hayes and Mats Zuccarello, the Rangers were deflated and were atrocious to end the year. It’s demoralizing when your team sells at the deadline, and I certainly understand where they are coming from.

On the flip side, the Rangers have at least two UFAs that will fetch something decent at the deadline in Kreider and Jesper Fast. They also have Ryan Strome as a key RFA. All three will be due raises, but at the very least Kreider and Fast are also part of the leadership core and have been here for quite some time. Strome’s 6-20-26 line right now is also tantalizing for other teams.

Assuming the Rangers deal from just UFAs, the return ranges from a pair of good picks to a pick and a prospect for Kreider, and a mid-high pick for Fast. Is that enough to have the same demoralizing effect on the team as the last two years? We know they won’t be buyers, so the only other option is to stand pat and not move anyone. Is that worth missing out on more assets? How long does this impact players? Does it even matter right now?

Tough questions to answer. But perhaps the most important question has nothing to do with the deadline, and more with the players themselves. Are Kreider and Fast viewed by management as members of the leadership core to help the Rangers turn the corner?