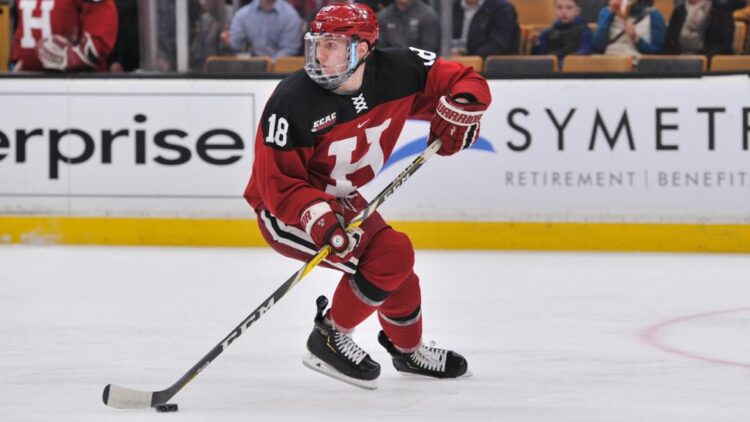 When the Rangers traded for Adam Fox this offseason for what will most likely be a pair of 2nd round picks, it was a signal to the rest of the league, and to the fans, that the Rangers were going to make moves to accelerate this rebuild. The Rangers were going to get Fox next offseason for nothing, but they decided that the pair of picks headed to Carolina was worth the price to have him now.

The expectation is that Fox is going to be in the opening night lineup. With Jacob Trouba entrenched as the 1RD and PP1 QB, Fox is penciled into the 2RD spot right now, with possible powerplay usage. I say that only because DeAngelo isn’t signed yet. If he does sign before camp, then I can see Fox being the 3RD to start the season, letting him get used to the NHL life before giving him more important minutes.

With that in mind, the Rangers are likely going to move Fox into a top-four role sooner rather than later. Fox is viewed as a more defensively reliable DeAngelo, although that remains to be seen at the NHL level. That’s also very high praise, since DeAngelo is one of the best transition defensemen in the game (he struggles mightily in his own end, though). All this is speculation, as both need to come to camp and perform. If there’s one thing we know, it’s that David Quinn is looking for a very specific type of work effort. DeAngelo got that message already. Fox may need to learn it the hard way.

Let’s also draw an immediate line in the sand. Fox’s immediate impact is not going to be on the same level as Kaapo Kakko. Fox is very skilled and one of the top prospects in the system, but he’s not at the same skill level as Kakko.

The Blueshirts have a history of bringing their rookies along slowly. Filip Chytil is a good example here. He was a very skilled, but very raw rookie last season. He spent the majority of his ice time on the bottom-six, with limited ice time in a sheltered role. He received very little powerplay time early on, eventually earning his way onto the man advantage unit later in the season. The Rangers have done this with multiple rookies, and it is part of the expected growth process.

It is likely that Quinn will use this approach for Fox –if he makes the team out of camp– to help ease him into the NHL rigors. It’s clear they made a mistake with Brett Howden, riding his hot streak to start the season into the ground when he wasn’t ready. Fox won’t get that treatment.

Assuming DeAngelo comes to camp, Fox is most likely going to be on the third pairing to start the season, getting mostly even strength minutes. Eventually, should he play well, DQ will most likely move him into a top-four role with more special teams work. But I’d expect him to be eased into the lineup. Fox has 40-50 point potential, but I don’t think we see that immediately either. There’s nothing wrong with a growth year. Despite the skill infusion, a growth/rebuilding year is on the horizon for the Rangers, whether we want to admit it or not.