The Rangers have a deployment problem 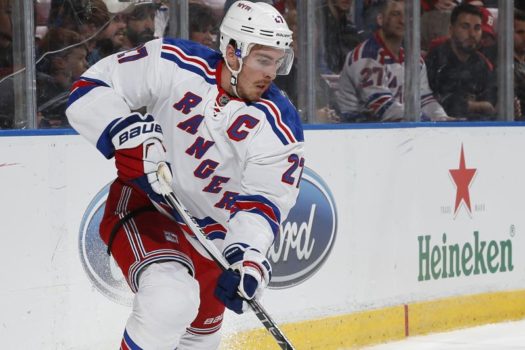 The Rangers have had a myriad of problems to start the season. Jeff Gorton put together a flawed roster that was weak up front. Alain Vigneault isn’t doing anything to minimize those issues. The players have been inconsistent and not scoring. They’ve been a rare combination of bad and unlucky.

There is more to the issue though. As AV continues to tinker with his lineup choices, his in-game deployment strategy suffers mightily. For better or for worse, AV relies on one defense pairing to shoulder the load of defensive zone starts, giving his offensive guys more opportunities to put points on the board. This year, though, he hasn’t identified who his shutdown pair is and who is offensive pair is, and that’s a problem.

In the past, it’s been Ryan McDonagh and Dan Girardi who served as the shutdown pair. That left guys like Brady Skjei open to more offensive zone starts to put up numbers. Personnel aside for the moment, the strategy worked for AV. However this year, with his go-to guy now in Tampa, AV has struggled to find his shutdown pair, and it’s to the detriment of everyone involved.

The main gripe I have right now is with Kevin Shattenkirk’s deployment. Two games of 40% OZ deployment or under out of six (one-third of his games) is borderline inexcusable. Sure, Shatty hasn’t done much at even strength to merit more offensive zone starts, but given that skill set and his vision, you kind of have to give him the zone starts and assume he figures it out.

And then there’s Brendan Smith, who for some reason got 100% OZ starts against the Devils this weekend. Smith is a good puck mover, but he’s no offensive juggernaut. He’s good in his own zone and good at transitioning to offense. Maybe it’s because he was paired with Brady Skjei, who should be getting some offensive zone starts? It’s not like Skjei is a slouch in the DZ, but he has an offensive touch.

The deployment issue impacts the game. Guys like Shatty and DeAngelo should really be getting those huge OZ starts. They have the skill set to put pucks in the net, why not leverage that? It’s why they were acquired in the first place.

As for the rest of the guys, I’m not going to nitpick too much on usage from a game to game standpoint, however show some consistency. It’s almost impossible to build chemistry with someone when your partner changes regularly and your usage changes even more frequently. Comfort is key, and the Rangers don’t have that right now.