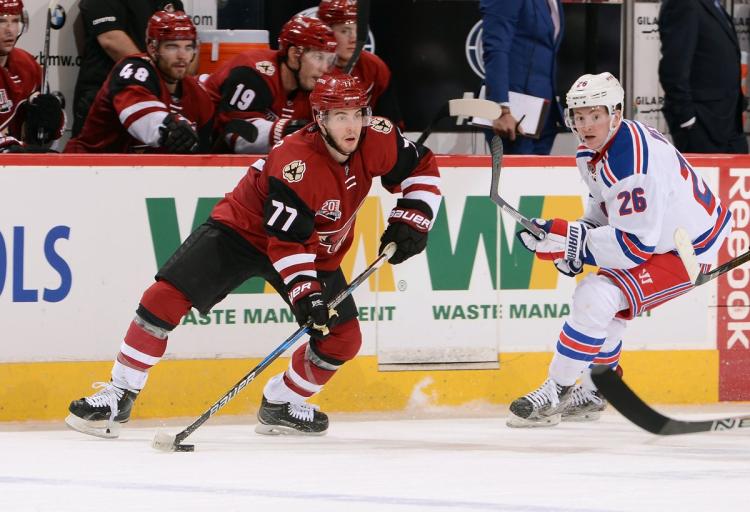 Since his acquisition in the blockbuster June trade that sent Derek Stepan and Antti Raanta to Arizona, Anthony DeAngelo has been the source of much analysis. From his off-ice issues to his on-ice predictions, DeAngelo is going to have the spotlight on him whether he likes it or not. While we all hope he can get his act together off the ice, his on-ice performance is going to make or break him in New York.

What we do know about DeAngelo is that he is supremely talented. He put up a line of 5-9-14 in 39 games on an abysmal Arizona team. It’s tough to really judge a player’s on-ice performance after 39 games on a bad team, so we can work with a combination of tools at our disposal to identify what kind of player we are dealing with.

It's a small sample, but here's his entry defense & exit numbers. Also has a 57% carry-in on 21 entries. pic.twitter.com/8NXxcwsiqP

First things first. We can get some idea of what to expect based on how DeAngelo controls play into and out of the defensive zone and into the offensive zone. Corey Sznajder is the guru of all things zone entries and exits, watching almost every single game across the NHL and manually tracking every time a player is on the ice for entries (offensive zone) and exits (from the defensive zone). The more controlled entries/exits (i.e.: passing or skating with the puck), the better. It means less dump outs and forcing the forwards to chase.

What Corey found was DeAngelo is pretty solid at this. While we don’t have many games to work from, we can deduce that —given DeAngelo’s scouting report— he is adept at the offensive part of the game. He sees the ice well, and drives the game up the ice. We can also deduce that he is good at the transition game, taking the puck from the defensive zone and pushing the puck up the ice to generate chances. This is something the Rangers have sorely lacked since Anton Stralman left town.

It’s not all rainbows and butterflies for DeAngelo though. Sznajder is quick to point out that he struggles in the defensive end, particularly when it comes to forcing the opposition into turnovers/failed entries at the blue line in the defensive zone. Alain Vigneault’s system relies heavily on turnovers at the blue line to transition to rushes, so hopefully this is an area where DeAngelo can improve. For what it’s worth, Sznajder also noted that DeAngelo is basically a mirror image of Marc Staal. Perhaps opposites attract and they complement each other well on the ice. Just food for thought.

It’s not worth it for me to dive into DeAngelo’s stats. It’s too small a sample on a terrible team. Both lead to tremendously skewed numbers. Instead, let’s look at how z Dave Tippett deployed DeAngelo. 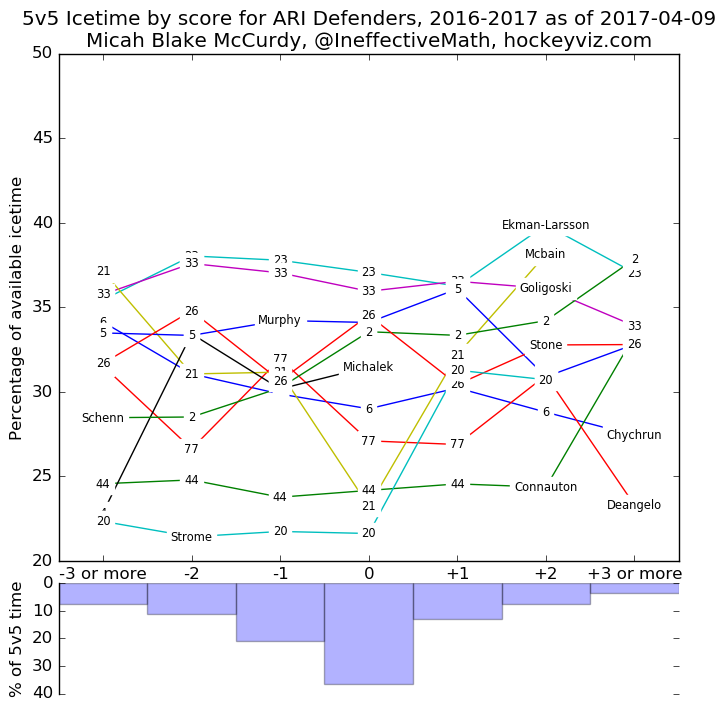 Focusing on the top part of this (the bottom bar graph just represents how often the Yotes were tied, down by goals, or up by goals), DeAngelo got the majority of his ice time when the Yotes were down by one. He wasn’t a top pairing guy, so he didn’t get all the minutes, but he was shifted to a top-four role in that situation. Trotz moved him down in the rotation when tied or up a goal. 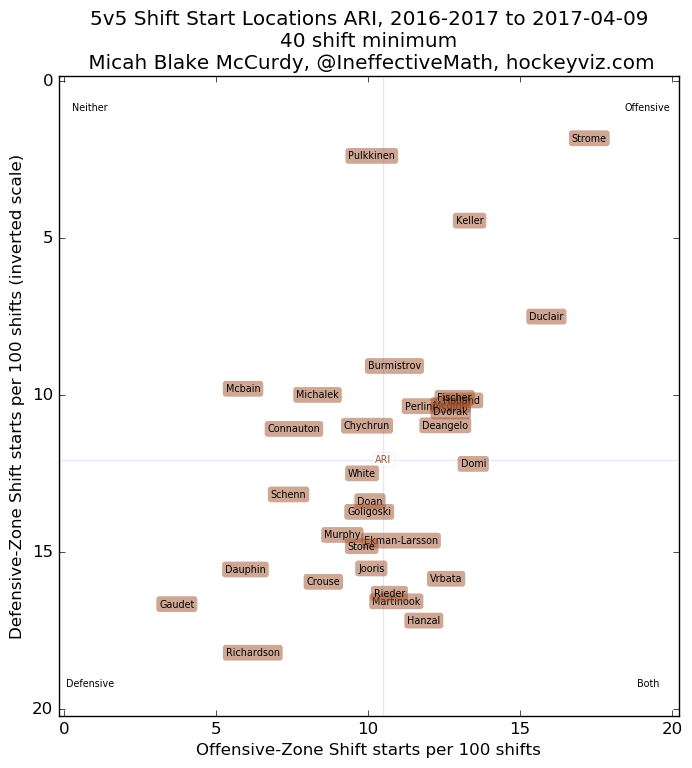 All in all, we have a purely offensive player who should hopefully improve in the defensive zone. It’s safe to assume DeAngelo will get heavy offensive zone starts with AV at even strength, and likely no penalty killing time. What I am intrigued by is how much powerplay time he will get. I’d venture a guess he gets PP2 time as well. Expect some growing pains as well. DeAngelo is more a work in progress than a stud in the making.