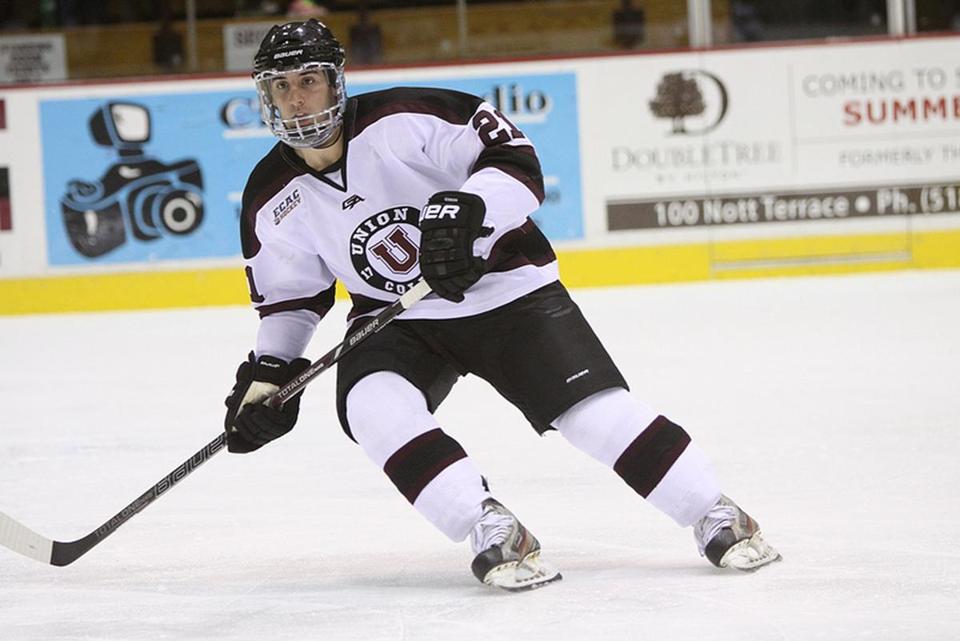 Earlier this week I looked at a pair of NCAA free agents that the Rangers would be smart to target. Today, let’s take a look at five more.

Mike Vecchione – The first player on the list is Vecchione. Vecchione would be a really interesting add for the Rangers/Wolf Pack. The captain of Union College has been one of the more dynamic centers in the NCAA. Considering the Rangers center depth is certainly lacking at the AHL level, the Hobey Baker finalist can help that out a lot.

Tyler Sheehy – If the Rangers do not sign Vecchione, which is possible seeing how much the Flyers love him, the Rangers should and hopefully will target Tyler Sheehy. Similar to Vecchione, Sheehy is smallish but a dynamic center that has lit the NCAA up while with Minnesota. His 53 points in 31 games are speaking for themselves. At 21 years old, there are rumblings he would like to turn pro. Getting him on an ELC would be a great low-risk move.

Josh Healey – If you are looking for a mean crease clearing defenseman than “Mr. Hits Too Hard For College is a guy that should fit your fantasy. Healey, is a senior at Ohio State and will likely be signed by some team in the coming months because his hard physical play. He’s not the biggest guy at 6’0, 196 lbs, but he is probably one of the most physical guys in the NCAA.

He loves open ice hits and plays old school hockey. What people are surprised about is that there is some offense to his game and he can make the first pass out of the zone. He isn’t a sure bet to make the NHL, but his tools are alluring enough to maybe have him be a bottom pair or depth defenseman. He is left-handed but at this point the Rangers can use any guys they can get their hands on.

Jordan Gross –  This is someone I talked about last season, but this time as a junior he is more likely to leave. Similar to Neal Pionk, Gross is a 5’11 offensive defenseman (right-handed) that fits the Rangers needs. He can skate well with the puck and lead the breakout. He put up a solid junior year at Notre Dame, with a line of 10-30-30 in 37 games. He’s averaged 30 points a year in his first three years with the Irish as well.

Daniel Brickley – Finally, if we don’t care about handedness, 6’3 left handed defenseman Daniel Brickley would be one great add in Hartford. If Ryan Graves really is to make the jump, Hartford would need to replace his shot. Brickley has a massive shot from the point that helped him become a point-per-game defenseman (8-23-31) with Minnesota State University-Mankato. Offense and size are two traits NHL GMs drool over.