Some NCAA undrafted free agents to keep tabs on 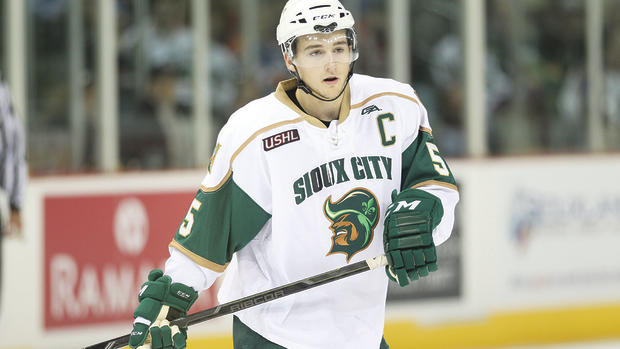 Although the Rangers finally have a first round pick, they will need some more prospects to fill out the organization. They are already linked to KHL defenseman Alexei Bereglazov, but given their history of signing NCAA free agents, we should expect that again this year.

Undrafted NCAA prospects are interesting assets. A majority of them don’t make it to the NHL, most likely because of age. The older you are in the NCAA, the higher the expectations to succeed, since you are in your prime years. Over at Canucks Army have numerous methods in predicting prospect success. One major find is that undrafted NCAA players seem to have a higher chance at making an NHL impact if they leave during their sophomore year, junior the latest.

That said, an organization is run from top to bottom so if certain NCAA guys can become solid AHL contributors, then it is just as beneficial for the Rangers.

The first player that I would really like the Rangers to sign is right handed defenseman Neal Pionk at Minnesota-Duluth. At 21 years old, the puck moving defenseman is a perfect fit for the Rangers prospect system. Hartford is going to have some turnover, so he would have an opportunity to succeed in a big role.

Pionk is one of the NCAA’s best producing defensemen with 32 points in 38 games this season. He is an NCHC champion this season and was named to the 2nd All-star team. He also has a bit of a mean streak to him and sometimes has the temper get the best of him. He will try to line players up for hits at open ice, which coupled with his scoring made him a force in all three zones.

If he really wants to go pro, right now can be a great time for him. He can be seasoned in the AHL and then make the jump with pro experience. Something to keep an eye on, as there are apparently 20 teams interested in signing him this summer. 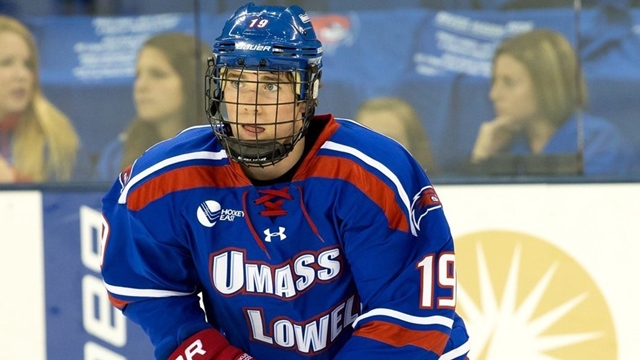 The next player is C.J. Smith, someone that I am sure the Rangers have made their rounds on. He was a Traverse City invitee and showed he could certainly play. The UMass-Lowell center showed how clutch he was with three points in the Hockey East Championship Game win, (2016 6th rounder Tyler Wall was the goalie for UML).

With the Rangers definitely keeping an eye on how Wall has been developing, I am sure they’ve seen Smith continue to grow. The Hartford Wolf Pack could really use a winger with skill, and if C.J Smith doesn’t end up being an NHL guy I still think he can be a useful addition to there. He had 50 points (22-28-50) in 39 games this season as a junior.

Smith and Pionk are the hot targets for the Rangers. There are a bunch of others, but that’s for a separate post later on. A little tease, if you will.