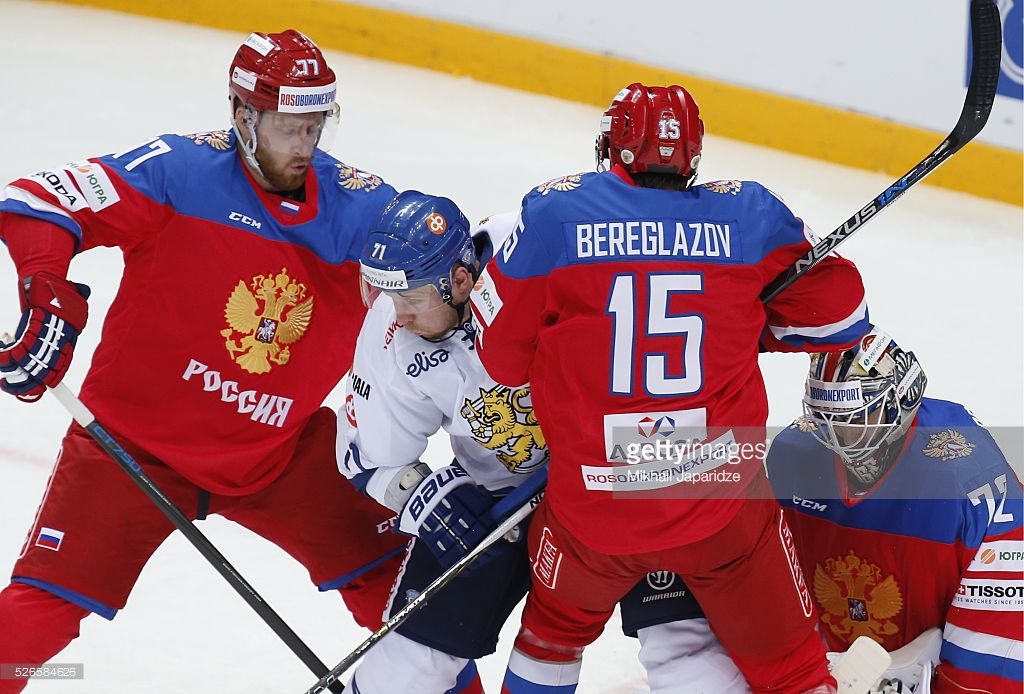 Per Elliotte Friedman, the Rangers are considered the favorites for KHL defenseman Alexei Bereglazov. This is only one of the hopefully many prospect signings the Rangers will be making this offseason and I think Berglazov is a nice start for a project defenseman.

Only 22 years old, the 6’4 Russian defenseman is a very nice prospect to add to the pool as many of these big defensemen take a longer while to develop. The good news is that in his last three seasons in the KHL, Bereglazov has been developing and improving in all facets of his game. When discussing him, we should really talk about his playing style. He is a big, physical, defensive defenseman who uses his size and brains to his advantage in the zone. His positioning is very good as well.

The biggest issue in my opinion is the size of the KHL rink on the rush. He is not a great skater, but he is certainly not porous. Most Russian players, even the big defensemen, have had skating stressed during their early training. But his issue is when the speedy smaller players come in with more space.

For most players, Bereglazov uses his wingspan very well to push players to the boards but on the larger rink, smaller and faster guys give Bereglazov a problem. This is probably a nice risk for the Rangers to take, as the rinks in the NHL and AHL are smaller and could hide these issues. If Bereglazov continues to improve on his skating, maybe he would actually be better at defending on the rush in North America.

Some may ask why the Rangers going after a left handed defenseman. Other than having more prospects, one of the things that make Bereglazov an interesting add is the fact that he can also play the right side. I want to watch more games, but it does seem as when he is on the right side he is more defense oriented but on the left he is willing to take more chances offensively.

Bereglazov has also added offense to his game, so at the very least he can be a pretty nice defenseman in the AHL. We can get a better look at what to expect by looking at his numbers as well. 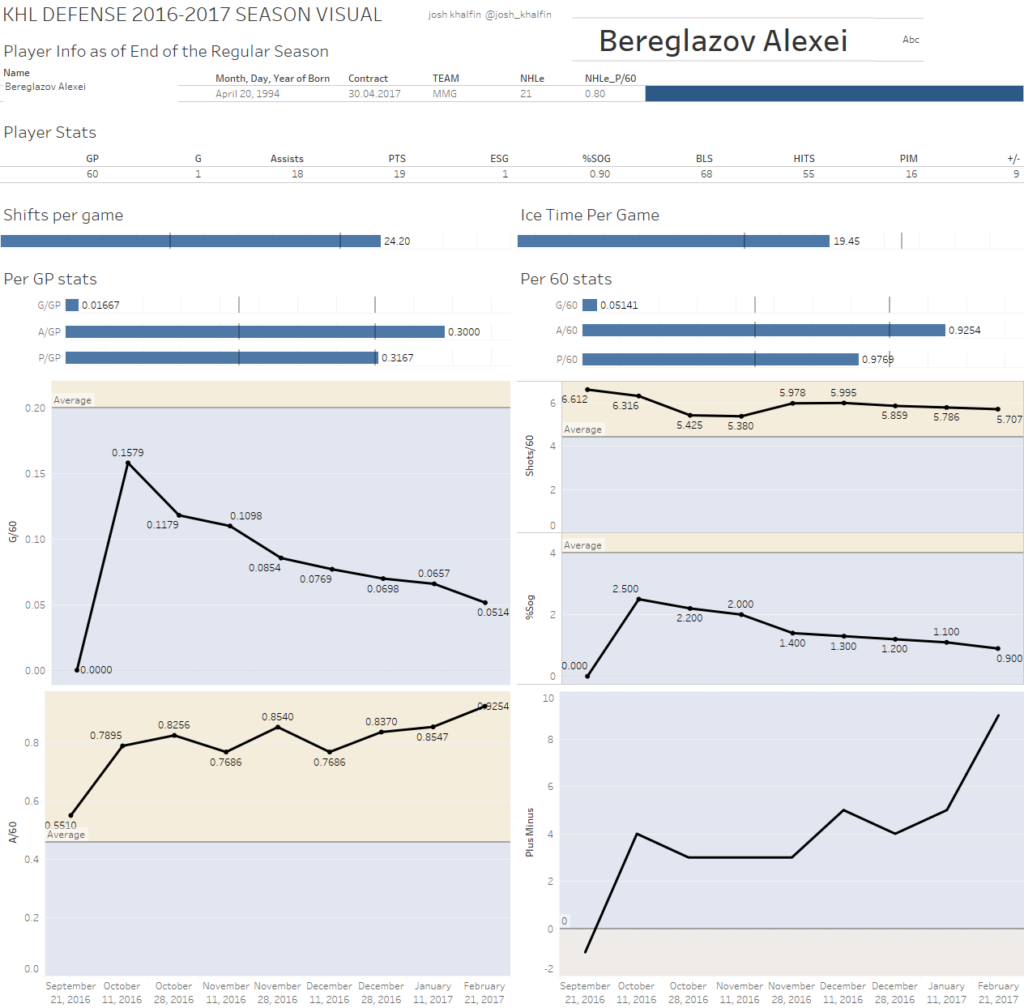 Bereglazov is 41st among KHL defensemen in hits and 33rd in blocked shots. That may raise red flags regarding how good (or not) of a possession player he is, but I think there are more things to look at. One thing really interesting is that even with his play in the defensive zone. Bereglazov only has 16 PIMs this season. He doesn’t really chase much due to his solid positioning, which leads to fewer penalties.

While the base stat line (1-18-19) isn’t flashy, Bereglazov actually generates a lot of shots while on the ice and has consistently over the course of the season. He takes 1.4 more shots per 60 minutes than the league average, but he only has the one goal to his name. I find it really hard to believe that a player that generates that many shots will continue to shoot 0.9%.

This suggests one of two things. Bereglazov either bad luck, or he has a bad shot from the point. Personally I think it is bad luck, as this is a player that doesn’t really hesitate coming down from the point to get a scoring chance. This is something to keep an eye on, should the Rangers land him.

When it comes to exiting the zone and the transition game, Berglazov has also shown ability to pass the puck out of the defensive zone. He usually doesn’t skate out with the puck, but he does have patience to wait for the pass more than most other defensemen. As seen by the visual, he is also one of the top playmaking KHL defensemen despite having minimal powerplay time. All these add up to a base stat line that could be misleading. If the Rangers land him, he could be a solid find.