Can the Rangers make a move to upgrade the blue line? 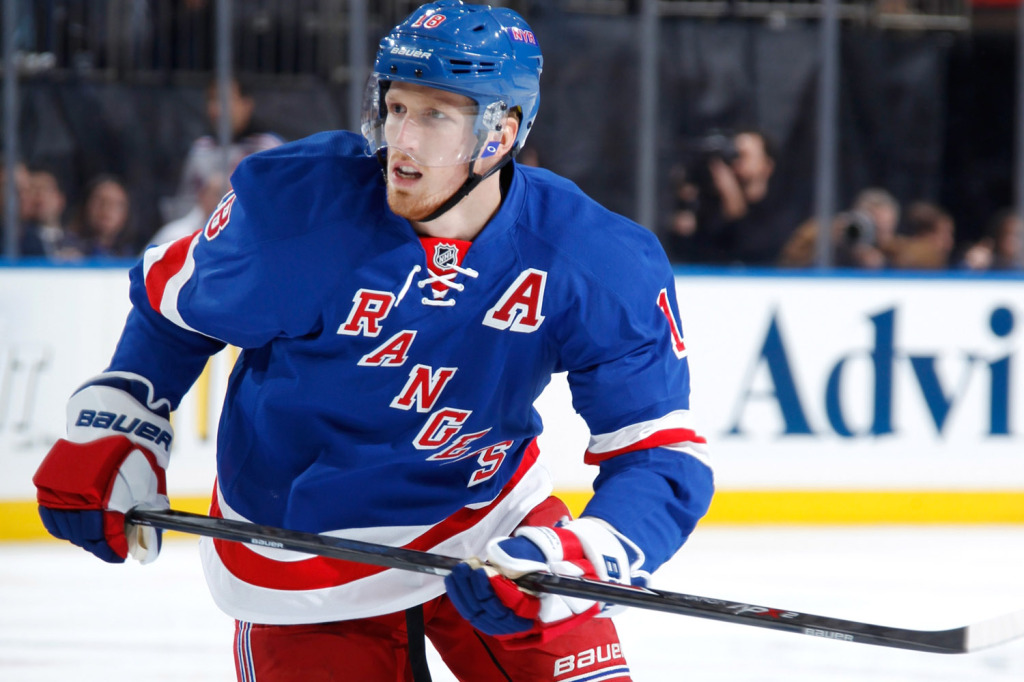 One of the major questions facing Jeff Gorton this offseason is what he will do with defenseman Keith Yandle. Yandle is headed for unrestricted free agency, and will likely come in at a price that the Rangers cannot afford. While Yandle has been the focus of the blue line at the deadline, the injury to Ryan McDonagh may open up a need for an upgrade.

It’s not expected that McDonagh will be out much longer, as he does not have another concussion. The Rangers dodged a bullet there, and assuming Yandle continues to get more ice time, then the improvement we’ve seen from them recently should continue. However there is always room for improvement, and the focus is on three players that have been the subject of the most debate this season.

Girardi’s been the biggest “trade him” target this season. His game had slowed down considerably until recently, and every year looks more and more likely that the Rangers will regret the deal sooner than expected. However he has been significantly better lately. His season-long numbers will be horrid because he was just awful to start the season, but he’s been far from a liability lately.

Girardi has four years at $5.5 million left on his deal. The details of his no-move/no-trade clause is up for debate, but I think it’s pretty clear the Rangers aren’t going to move him.

The other Wonder Twin, Staal’s play has been downright terrible this season. Usually he’s been able to be carried by a better partner, but this year he’s been a train wreck. It’s tough to watch. I’m a big Staal fan, have been for a while. But there’s no denying he’s either lost a step or lost it completely. With five more years at $5.7 million remaining, the Rangers are already regretting this deal.

Staal has a no-move clause, but those are waived with regularity at this point. Staal still has name-brand value as well. I highly doubt he gets moved at the deadline, but there’s a chance the Rangers move him at the draft. It’s unlikely, but it’s a chance nonetheless.

Yandle is far and away the best and most consistent defenseman the Rangers have had this season. I don’t think it’s a coincidence that the recent run has coincided with increased ice time for Yandle. That said, he is an unrestricted free agent that will likely command $6 million on a long-term deal (six or seven years) in the market. Personally, I think he’s worth it. He’s definitely worth $300,000 more than they are paying Staal.

The club is in a pretty pickle with Yandle. If they trade him, it’s an instant downgrade this year. There’s no doubt about that. However they can fetch a great return. If they don’t trade him, then they can possibly make a run. They also risk the chance of losing him in the offseason if they don’t shed salary. Considering the win-now mode, I think the Rangers hold on to him.