Will the Rangers be able to extend Keith Yandle? 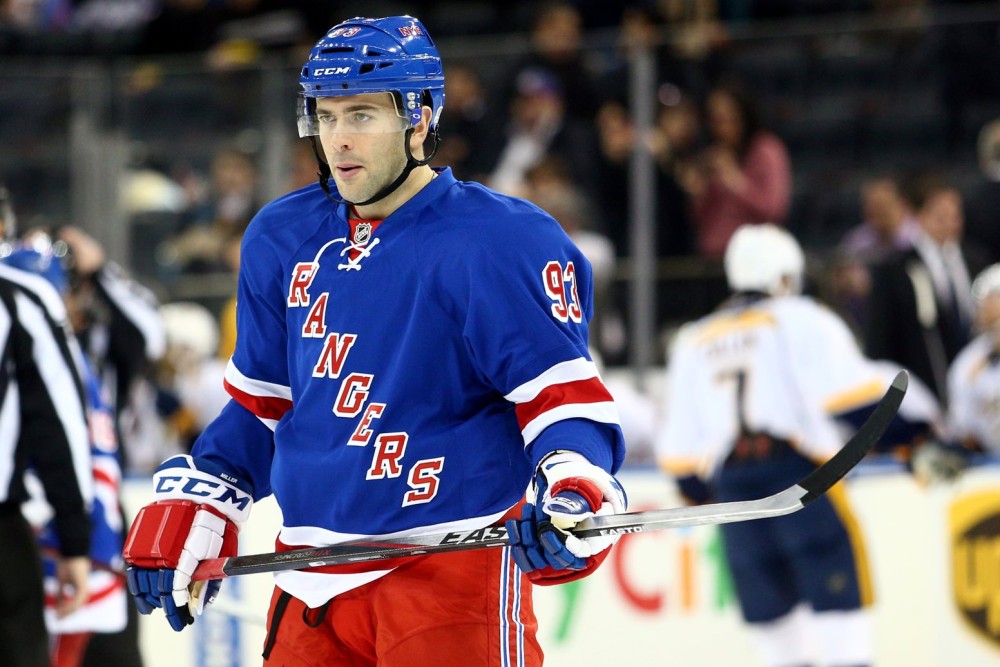 Earlier this month, I used Josh’s PSAM tool to help determine a rough estimate for Keith Yandle’s next contract. The conclusion: Expect him to get at least $5.75 million, but probably closer to $6 million over a long term contract. This puts the Rangers in a pretty pickle, as they already have $54.775 million committed to just 12 players. If the cap goes to $74.5 million, then that’s $20 million to re-sign key players.

In addition to Yandle, whom I believe to be the Rangers top priority this summer, the club has to deal with expiring contracts for Chris Kreider, Kevin Hayes, J.T. Miller, Dylan McIlrath, and Emerson Etem, in order from likely most expensive to likely least expensive. Kreider alone will likely get Justin Abdelkader money, which is around $4.25 million. That makes things even tighter.

So the major question looming over this team is: Will they be able to re-sign their most important defenseman beyond this year?

Let’s get the major item out of the way: Keith Yandle is the most important player headed to free agency on this club. His impact on other defensemen is simply amazing, as he makes everyone on the ice better. He’s the only one who can drag the current version of Dan Girardi around the ice as well.

Now when it comes to cap space, allotting $6 million to Yandle is going to be difficult for this team. Pair that with the expected contract for Kreider, and the Rangers are going into this summer with another Carl Hagelin type dump coming if they don’t make adjustments to the current roster.

Even Kreider is the next draft day cap casualty, the Rangers will still need to make a deal involving a bigger contract defenseman –you know which two players I’m referring to– in order to keep Yandle around beyond this season. It’s just numbers at this point.

The blue line has been a small tire fire this season, and it would behoove the club to pull out all the stops to keep arguably one of their best defensemen. Unfortunately, the team is saddled with a few bad contracts that will make it difficult. This will be Jeff Gorton’s first true test.