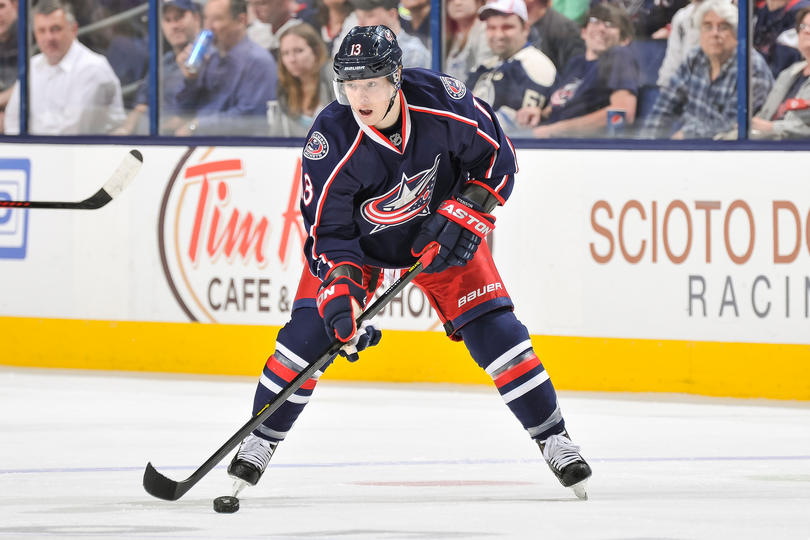 Aaron Portzline, a beat writer for the Columbus Blue Jackets, tweeted this morning that the Rangers have been calling Columbus about winger Cam Atkinson. Considering the Rangers desperately need a top-six winger, the interest in Atkinson makes sense. He’s a consistent 20-goal scorer, on pace for 25 goals this year. He’s also a shoot-first guy, a type of player the Rangers are desperate for.

Atkinson is small at 5’7 and 180 lbs, but that doesn’t stop him from getting himself into shooting positions. He has taken over 200 shots per season over the last three seasons (91 shots in 35 games three seasons ago), and is on pace to crack 200 again this year. At $3.5 million over the next two seasons, he’s signed to a very reasonable deal as well.

Arkinson was not included in the initial post about potentially available top-six forwards because he has quickly become a favorite of John Tortorella. He’s a guy that will go to the front of the net for goals, another type of player the Rangers sorely need, but a player that Torts covets. The price to acquire him will be high, if he’s even available.

In terms of a return, the Blue Jackets are tough to gauge. The Ryan Johansen/Seth Jones swap was one done out of necessity for both teams. Johansen wasn’t re-signing in Columbus, and they traded him for another young talented cornerstone in Jones. For someone like Atkinson, it would likely need to be the same sort of trade, one that helps them both immediately and in the future. Atkinson is only 27, after all.

On the blue line, Columbus has three right handers in Jones, David Savard, and Dalton Prout. They also have three lefties in Jack Johnson, Fedor Tyutin, and Ryan Murray. They also have Zach Werenski on the way. A deal for Marc Staal or Dan Girardi, which is a pipe dream to begin with, likely doesn’t work for Columbus.

So at this point, it’s either a roster forward –and no, Tanner Glass or Emerson Etem won’t cut it straight up– or a prospect. Of course the wrench here is that Kerby Rychel requested a trade, and he could make things interesting. Honestly, I don’t think the teams are a match, especially since they are in the same division. Weirder things have happened, though.