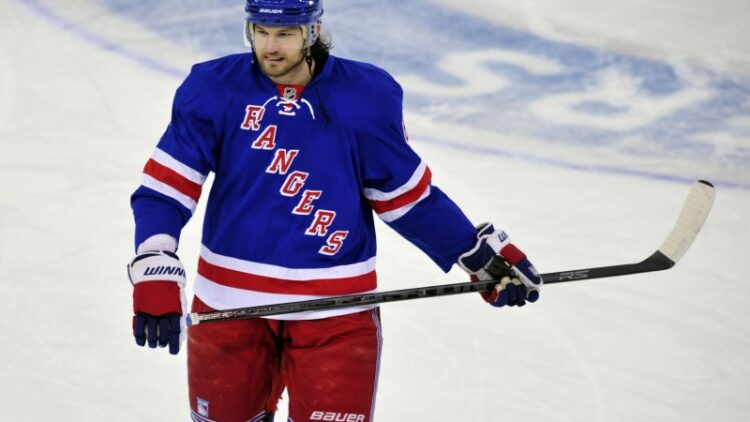 It’s the half way point in the season and our collective egos are such that we like to hand out some mid-season grades to your New York Rangers. Dave got the ball rolling with the goaltending and coaching grades and I have been tasked with the top six forwards so let’s jump on in.

There really is only one player to start with and that’s the NHL’s leading goal scorer. Nash has had a first half to dream of. He’s been healthy, he’s been dominant at both ends of the ice, he’s been consistent (including a point streak of 11 games), he’s been clutch and he’s been everything you could ask for in a potential Hart Trophy candidate. That’s the level Nash has been at – Hart Trophy level.

Club bias aside I – and many others – think Nash could reasonably be in the mix for four major pieces of hardware at the end of the season: Hart (MVP), Selke (defensive forward), Ted Lindsay award (players MVP) and the Richard trophy (top goal scorer). Having a breath taking year.

Stepan is a difficult one to grade. He still hasn’t developed in the faceoff circle (something that  is holding him back from being a legitimate top line center), and he needs to use his shot more; he passes up on far too many quality shooting opportunities, but as a playmaker Stepan has elevated his game to another level this year.

Stepan’s passing and vision are routinely excellent and he didn’t show much rust coming back from his injury. Averaging almost a point per game, Stepan has shown real consistency in his play as a pass first center while he has made a real difference on both special teams units. Wherever Stepan is, he usually has made a positive difference. If he would shoot a little more he would be even more dangerous.

St Louis is no longer the top line, 100 point winger he once was however he’s still proving he can be a force on the ice and has shown that he’s a leader on this relatively young Rangers team. St Louis has been streaky this year and has had games where he has been completely invisible, something that the Rangers have been able to tolerate because they’ve received fairly balanced scoring this year. However, despite the occasional goal scoring drought and playing in Nash’s shadow, St Louis is still closing in on another 60+ point season which for a player approaching his 40th birthday is hugely impressive.

St Louis is still lethal on the powerplay, he still commands the attention of the opposition and he is still capable of scoring in bunches something that only really he and Nash can do on this Ranger team. St Louis has been good. Hopefully his best will come at the end of the year.

If these grades were based on the last week or two, Kreider’s would be more positive but they’re not. Kreider has endured an inconsistent, frustrating and difficult year and yet he still has a chance to set a career high in goals, assists and points with a solid second half. Perhaps the expectations were too high, but Kreider has struggled in his own end, has endured long slumps, has played recklessly and has been somewhat of a turnover machine. With that all said we’ve seen Kreider dominate teams when he’s on his game, he’s physically imposing and offers the Rangers (and the opposition) something only Rick Nash can do on this team. If Kreider has a strong second half – assuming Nash and St Louis are still firing – it would likely mean the Rangers are flying through the schedule.

Brassard has finally developed a level of consistency that does his talent justice (although I haven’t yet forgiven him for his horrendous follow up miss against the Isles). While he has undoubtedly been the beneficiary of Rick Nash’s return to prominence he has also helped Nash do what he has done. Brassard has shown an incredible array of passing, creativity perhaps only rivalled by Mats Zuccarello and has been a powerplay monster with 14 points with the extra man – tops on the Rangers.

Brassard has been much like Stepan, the owner of a wicked shot that he should use more. This season we’ve started to see him do just that – shoot – and no shock, he’s begun to rack up the points. Brassard is on course to smash his career highs in all major categories and is proving Glen Sather’s faith in him to be a smart investment. Brassard has been dynamic, a bargain at 5m, and has fully established himself as a top six center, and on a contending team no less.

Zuccarello has been inconsistent this year but even during spells where he wasn’t producing he has almost never been found lacking in effort. I still struggle to decide whether Zuccarello is a great third line winger or worthy of a permanent top six spot. At times he has struggled to follow up on his break out year of 2013-14 but still, has been one of the Rangers more dangerous players.

Zuccarello has made minimal impact on special teams but his production at even strength has been relatively consistent; he may be the victim of others succeeding on the PP in his place. Zuccarello is similar in one way to Kreider; if coach Vigneault can generate some consistency from him then the Rangers would be in an envious position.

You see Zuccarello’s talent, his on ice vision and hustle and you can’t help wanting more even expecting more out of him, which perhaps is somewhat unfair. With a strong second half there’s still an outside change Zuccarello can flirt with a second 50 point season. Not bad for an undrafted undersized Norwegian.

The most exciting part of the top six’ performances thus far is that there appears room for improvement. Kreider, Zuccarello and St Louis all have had difficult times this season although every member of the top six have played well at least in spurts. If the Rangers can have their top two lines all firing at the same time, there’s very excit