Why Dominic Moore deserves your NHL All Star Game votes 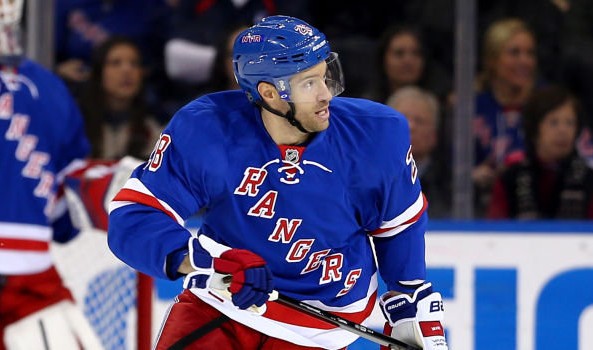 If you missed it yesterday on Twitter, a good number of Rangers bloggers, ourselves included, are beginning a campaign to have Dominic Moore get enough votes to make the 2015 NHL All Star Game. Moore is probably the single most unsung hero on the New York Rangers at the moment, and it’s guys like Moore that rarely garner NHL All Star Game votes because they don’t rack up points. Martin broke down his fantastic start to the season, but the appreciation for Moore goes deeper.

Moore, who rejoined the Rangers last year after taking a season off to cope with the death of his wife, has been the one steadying force on the bottom six this season. Originally slated to be the 4C, he played up a role as the 3C when the Rangers dealt with the Derek Stepan injury. Players like Chris Mueller and Kevin Hayes played the 4C role, although Hayes and Moore flipped occasionally. But Moore’s true spot is the 4C, and he’s one of the best in the game. 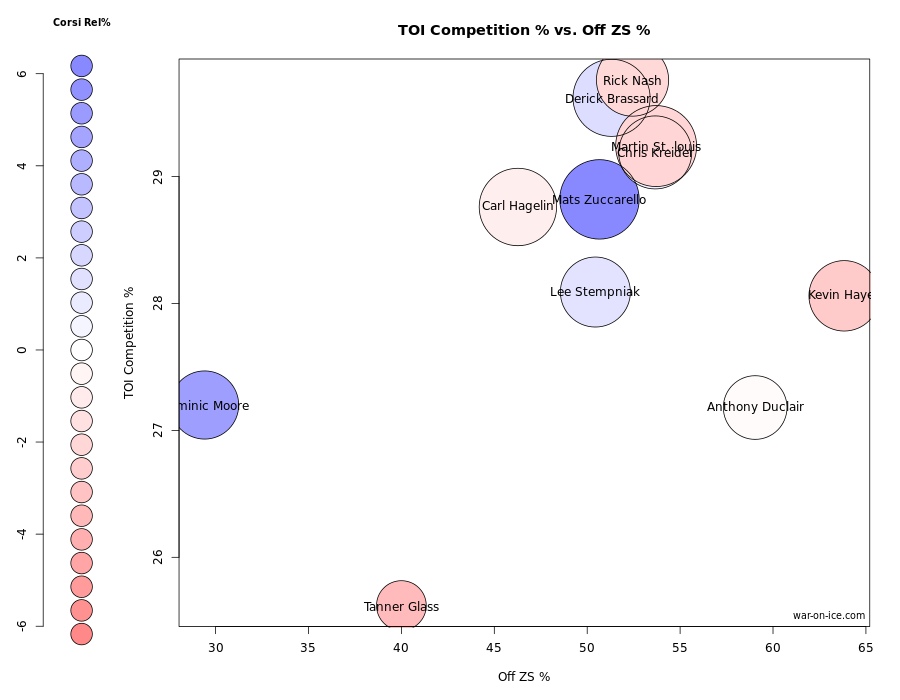 This usage chart really says it all. Moore starts less than 30% of his shifts in the offensive zone, usually dragging Tanner Glass along for the ride, and still manages to drive puck possession. And I literally mean dragging: Moore/Glass together produce a 52% Corsi For, Moore apart from Glass is at a 54.5% CF, and Glass when apart from Moore is at 40.5% CF. In fact, Moore’s the second best (Mats Zuccarello) Ranger thus far in driving possession. Jesper Fast should provide some stability and assistance, but it’s still Moore shouldering that load.

Even when we replace the Y-axis with TOI Teammate % (measuring quality of teammates based on ice time) in the chart below, Moore shows an unreal ability to carry his linemates on his back, as he’s getting the second-worst teammates based on ice time (Glass getting the worst, mostly because of the time with Mueller). The chart below looks similar to the chart above, but the Y-axis (vertical) changed from competition faced to teammates paired. 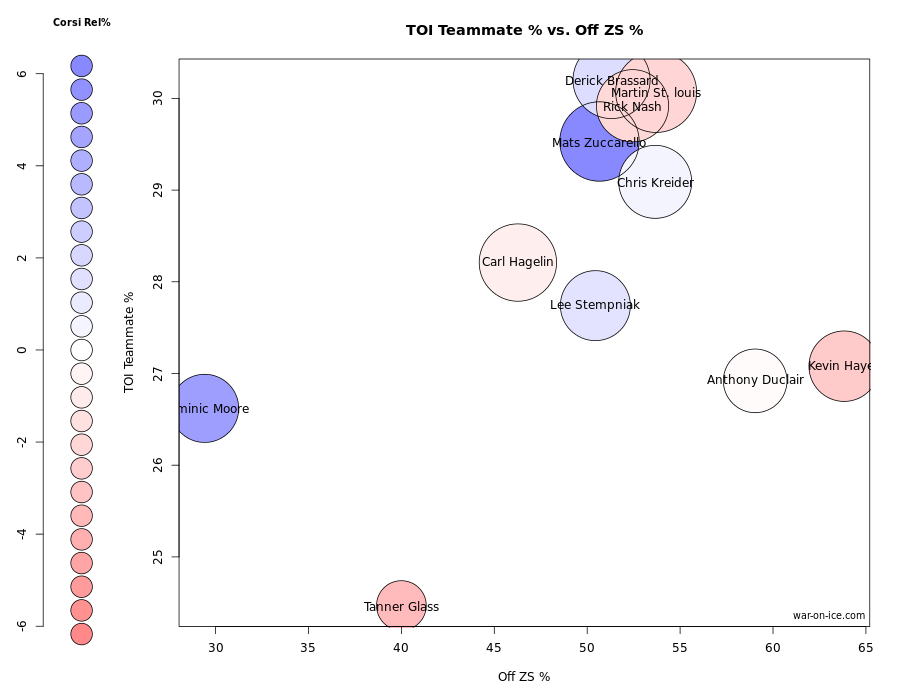 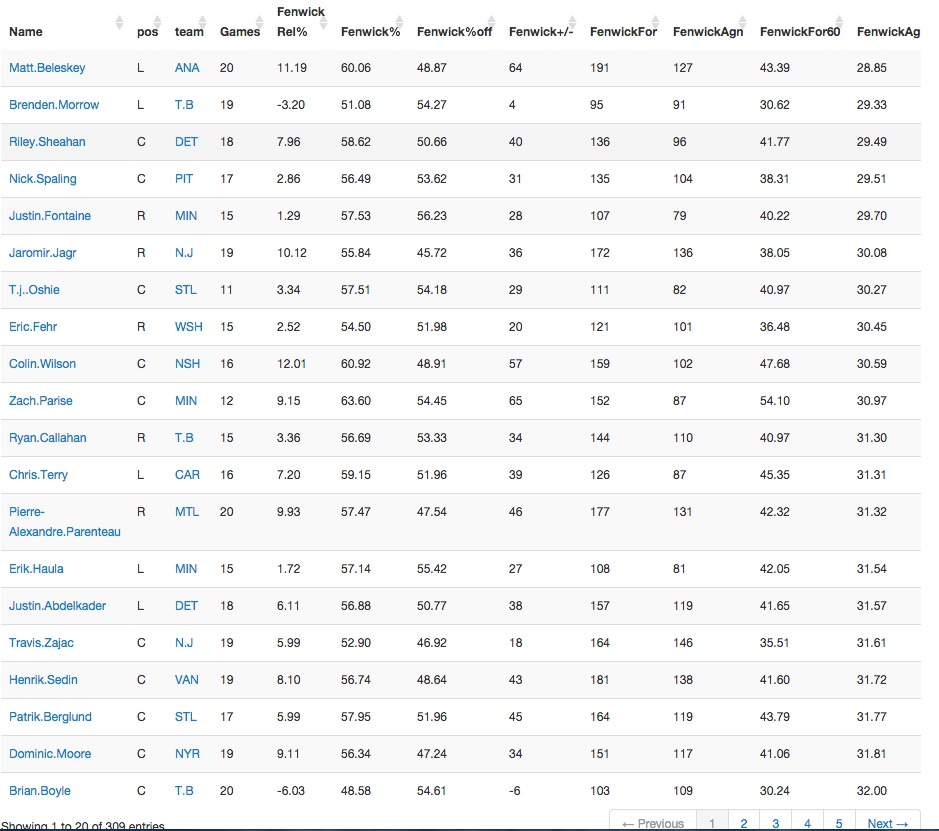 Let’s plot those 18 guys on a usage chart, to see how they are being deployed in terms of zone starts relative to competition faced: 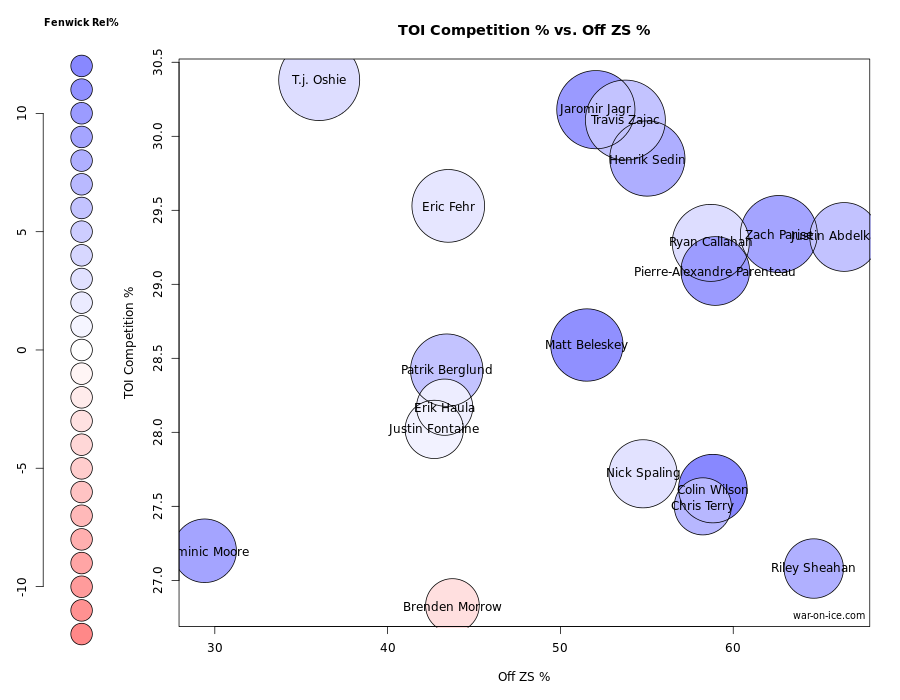 And now zone starts relative to quality of teammates: 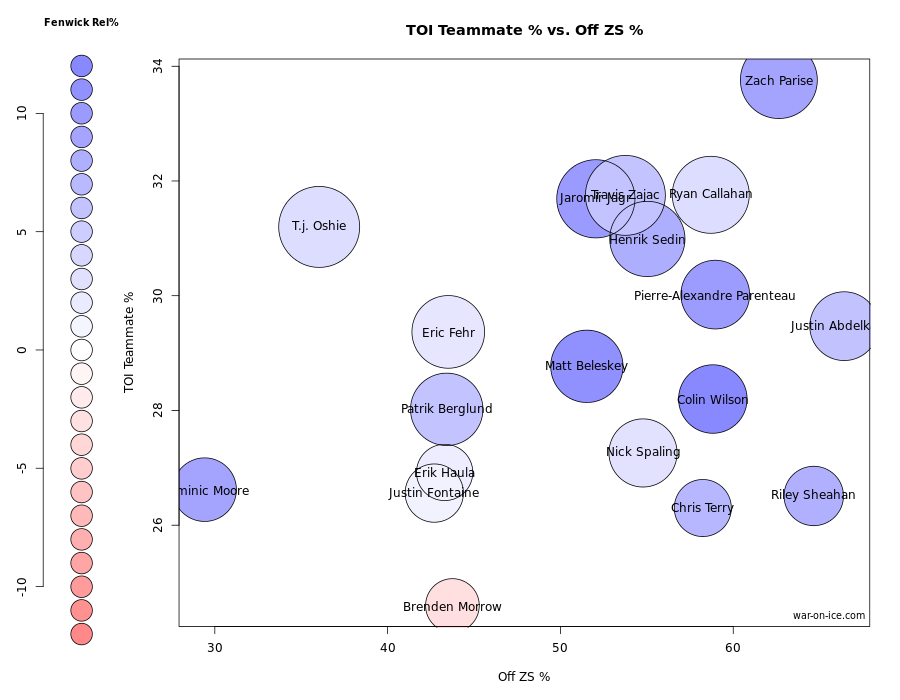 Moore is the only one getting less than 30% of his shifts in the offensive zone. Only five guys on this list have a better relative Fenwick* than Moore: Colin Wilson, Matt Beleskey, Jaromir Jagr, P.A. Parenteau, and Zach Parise. Though all five do face stronger competition, every single one of those guys starts over 50% of his shifts in the offensive zone, and plays with significantly better teammates.

*-Switched to Fenwick instead of Corsi (used for comparisons with other Rangers) since Fenwick is more accurate across teams since it eliminates shot blocking, which is a skill that some teams play towards.

In fact, only eight players start fewer shifts in the offensive zone than Moore, and only two (Matt Hendricks – 1.83, Boyd Gordon – 0.91) have positive relative Fenwick numbers.

But herein lies the problem: Moore is goalless with four assists on the season. While that is good enough to put him ahead of seven (Paul Gaustaud) of the guys with fewer OZ starts, it puts him dead last in points for those with better FA/60 numbers. But then again, it makes you wonder how Moore would do if he started more than 50% of his shifts in the offensive zone.

In Moore, the Rangers have themselves a center that drives puck possession despite getting crushed with bad teammates and defensive zone starts. Even better, they have themselves a top-20 defensive player in the league, again despite the usage. There have been campaigns for less deserving players (Rory Fitzpatrick), but perhaps this is the first campaign for a player that legitimately deserves to be headed to Columbus in January.