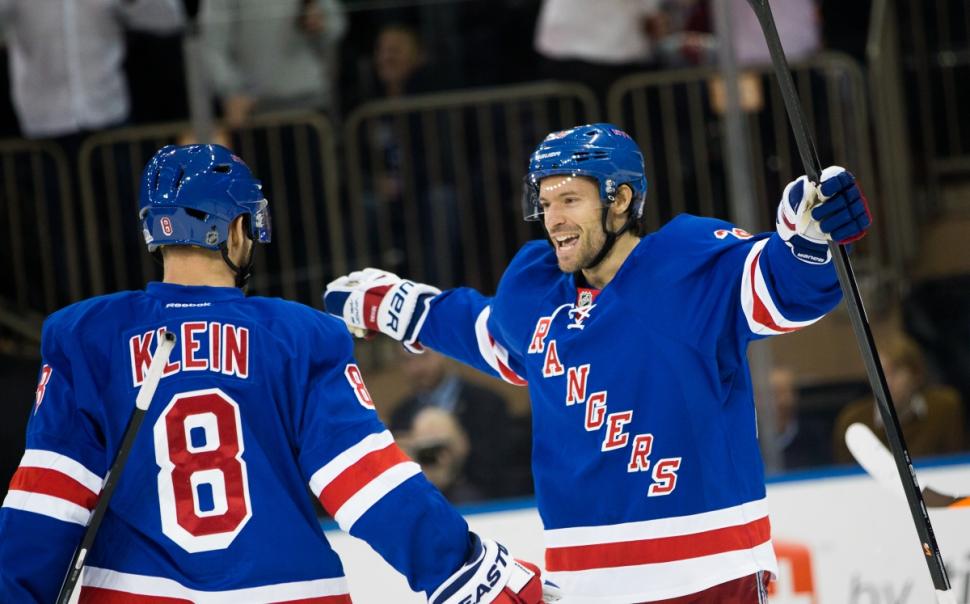 Dominic Moore became a fan favorite last year and continues to impress now in the 14/15 NHL season. On a team severely lacking depth down the middle of the ice, the Rangers have been able to tread water with Derek Stepan out thanks to the play of Moore. Averaging 12.08 TOI, Moore needed to step up and help out in a 3rd line role and he has done just that. Despite heavy defensive zone starts (-26.83 Off ZS% Rel) Moore has posted outstanding possession numbers at even strength (6.40 Fenwick Rel%). His impact has not gone unnoticed. Moore has received plenty of praise for his early season play but it’s worth looking at a little closer.

Moore is 20th in the NHL of forwards at 5v5 in FA/60 at 30.54 (Fenwick Against is a measure of defense, which looks at shot suppression. For more details click here.). The leader in this category is Colin Wilson of Nashville at 27.22. He ranks 25th in DZFO% in that category as well. So not only is Moore starting the majority of his shifts in the defensive end, but he’s able to suppress shots while generating shots for the Rangers (40.11 FF/60). Not bad at all for your 3rd line center. Moore’s faceoff% of 53.85 certainly has helped in the defensive end.

The Rangers had a significant hole at center before the Stepan injury, and an even larger one after the injury. Moore has done a great job filling in and playing a line up from his usual fourth line role. Regardless of what happens once the anchor gets attached to his legs, Moore has helped the Rangers in a time they needed players, specifically centers, to step up and he should be applauded for that.