Henrik Lundqvist made history last night, becoming the first goalie in NHL history to win five straight Game Sevens, as the Rangers completed their comeback and eliminated the #2 seeded Pittsburgh Penguins. The 2-1 victory was highlighted by Lundqvist and his 35 saves, almost single-handedly willing the Rangers to their first playoff series victory over Sidney Crosby. After appearing to be dead and gone after Game Four, the Rangers played the way we expected them to, and came roaring back to take the series.

Brad Richards scored the eventual game winner on the powerplay, and Brian Boyle –who must have read my appreciation post— opened the scoring just 5:25 into the game. Lundqvist, Dan Girardi, and Ryan McDonagh were stellar, as Chris said they would need to be, completely shutting down the top line of Crosby, Evgeni Malkin, and Chris Kunitz. While the big guns showed up, the Rangers were simply too deep for the Penguins once they got going. On paper the Pens had the top-end skill, but the Rangers had the goaltending, defense, and depth. Depth won out. 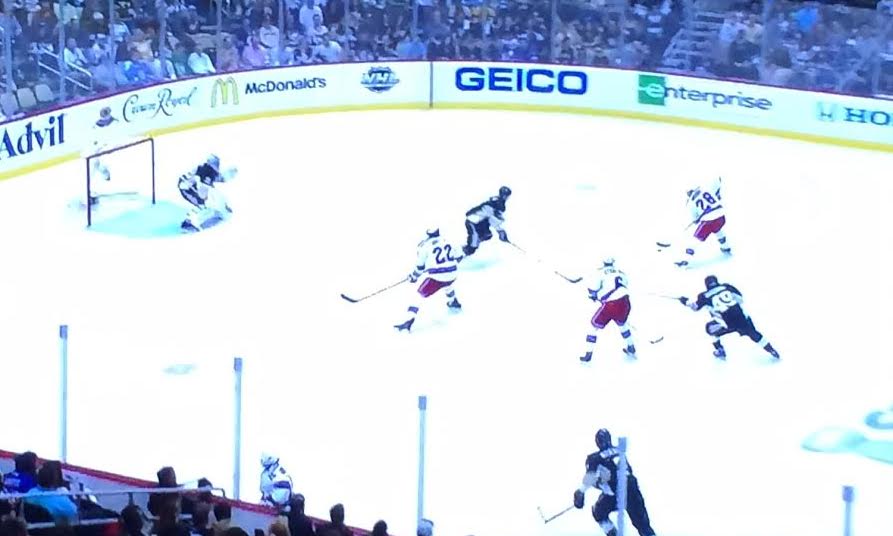 Matt Niskanen’s dump into the zone at the blue line was blocked by Boyle and picked up by Derek Dorsett. Dorsett gained the zone and hit Boyle in the high slot, who made a nice touch pass to Dominic Moore before cutting to the net. Moore hit Boyle, who slid it through Marc-Andre Fleury’s legs for the early lead. Niskanen’s inability to get the puck deep caused the goal, but insult was added to injury when Dorsett was able to slip the initial pass to Boyle here for the pseudo 3-on-1 break. 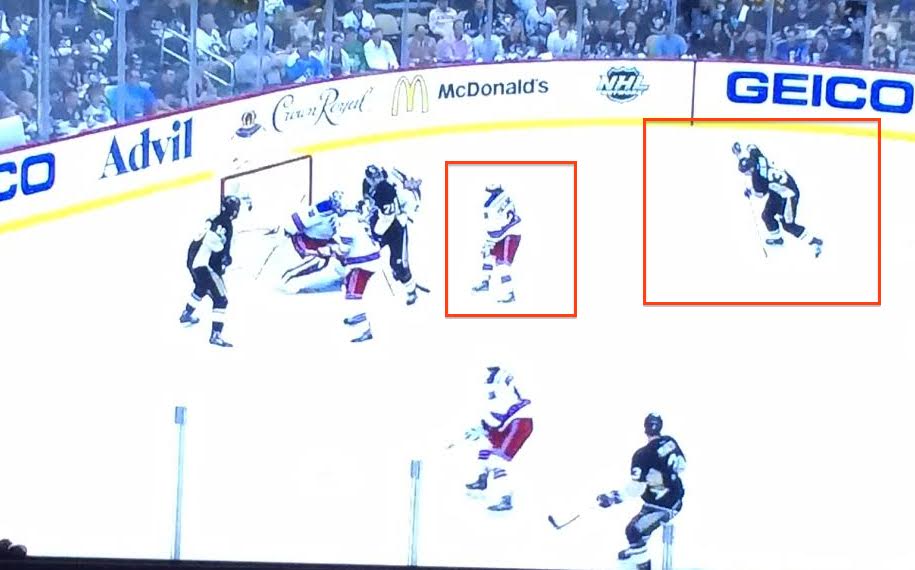 Hank turned the puck over to Malkin when he went to handle the puck, who got it to James Neal behind the net. As the Pens worked the puck to Olli Maata at the point, Jussi Jokinen was knocked down in front by Dan Giardi. Problem here was that no one picked up Jokinen once he got up. Hank made the save on Maata, but Jokinen roofed the rebound. 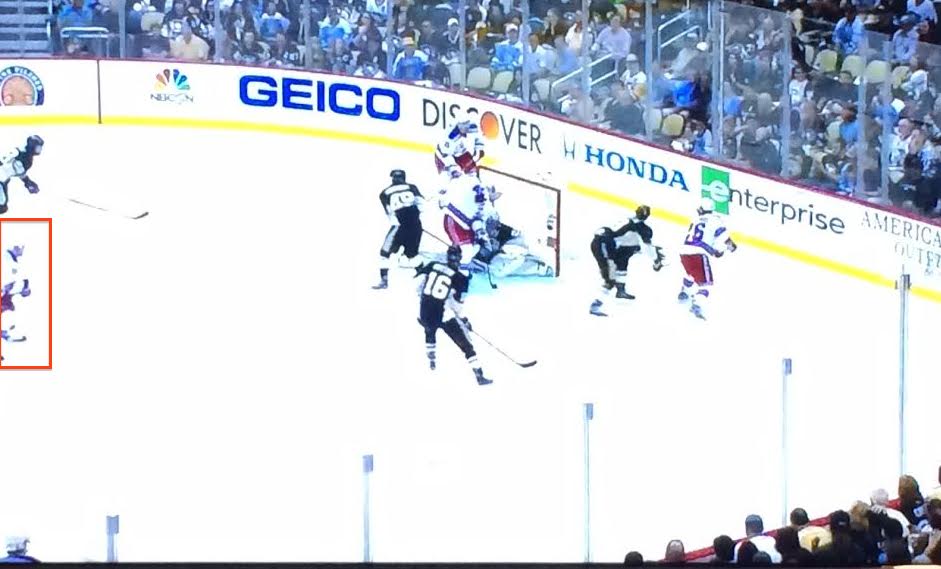 It’s fitting that the powerplay that put the Rangers on the brink is the one that won the series. It’s even more fitting that it was a blown shorthanded chance by the Pens –when Brandon Sutter’s pass to Brian Gibbons didn’t connect– that gave the Rangers their chance. After the failed connection, the Rangers broke out, as McDonagh gained the zone before hitting Derek Stepan with a cross-ice pass with lots of room. Stepan passed up the shot, electing to make the pass to Martin St. Louis (a poor idea when you think about it). The pass was blocked, but MSL made a blind backhand pass on the loose puck to the high slot, where Brad Richards picked it up and beat MAF.

The Pens really had control of this game right after Boyle’s goal, but Hank was the difference maker. There are no score effects in this chart, just constant chance after chance that Hank and the team defense turned aside.

This was a game where goaltending was the difference. Fleury played a good game, but he simply could not best Henrik Lundqvist. Not many can. The Rangers willed their way to a Game Seven, but Hank simply stole this one in Pittsburgh. Up next is the winner of the Bruins/Habs series, which also went to a Game Seven. Either opponent will be tough. But for a second time in three years, the Rangers will play for the Eastern Conference crown.