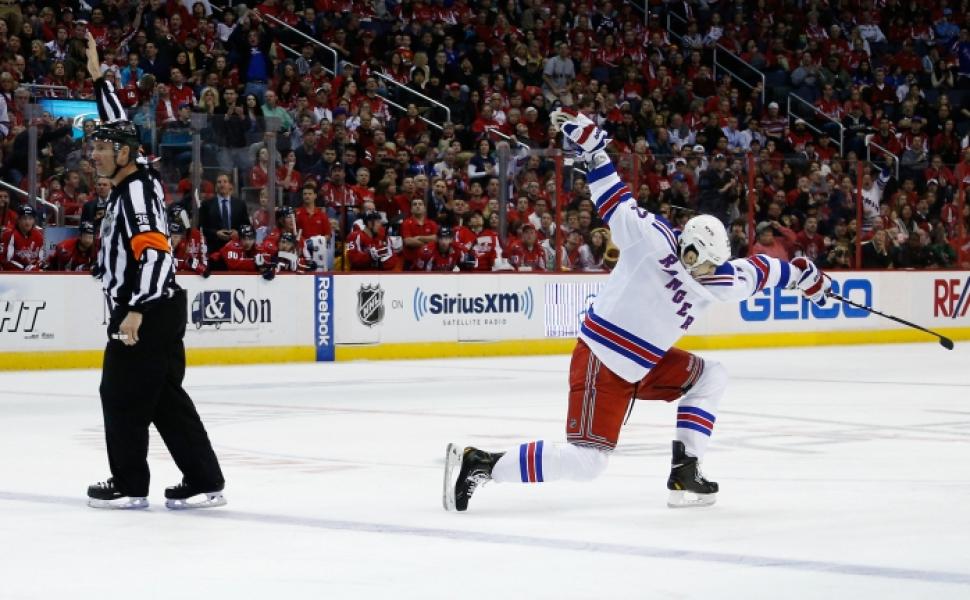 Relative to his offensive expectations, Brian Boyle draws a lot of unnecessary heat from Rangers fans. There are a few reasons why fans seem to think he’s “useless” and “an oaf,” although many of them aren’t really thought out. Common arguments are that Boyle doesn’t score anymore –he’s not a scorer– and that Boyle isn’t a physical presence –he is. But, people see what they want: A 6’7 forward who once scored 20 goals who doesn’t drop the glove twice a game. These appear to be the main issues with Boyle.

But what people miss about Boyle is that he is probably one of the best fourth line centers in the game. He pretty much lives in the defensive zone, he gets huge minutes on the penalty kill, and, relatively speaking with his zone starts, is decent at driving puck possession (i.e.: not a tire fire because he spend less than 30% of his time in the offensive zone). But perhaps the biggest contribution is his willingness to sacrifice his body to block the shot, something we saw in Game Five.

For those that missed the game, Boyle had one of the best penalty killing shifts I’ve ever seen. He blocked shots, he got his stick in the passing lanes, and he fought along the boards to get pucks out of the zone. Boyle has also been one of the more noticeable forwards throughout the playoffs, constantly getting into the dirty areas, something a lot of fans gripe about with some of the other forwards.

But here’s some food for thought: Among the Ranger forwards, Boyle is first in hits and third in blocked shots. He’s managed to chip in offensively with a goal and two assists despite his zone starts. Boyle is one of those players who has developed a reputation of stepping it up a notch in the playoffs as well.

No, Boyle is not a 20-goal scorer, that season was an absolute fluke with a 9.6% shooting percentage. Boyle is not going to drop the gloves regularly either. That’s not his style. Nor will he sacrifice defensive positioning to deliver the big hit. That’s not what John Tortorella taught him to do when he came to New York, and Alain Vigneault isn’t going to change that.

Boyle is a great defensive fourth line center. He’s one of the best in the game. He’s the type of player you want on your team in the playoffs. We saw him (and Dominic Moore) get under Sidney Crosby’s skin in Game Six, and they did so with –relatively– clean play. Perhaps it’s time to look past what many think he should be, and appreciate the player he is.