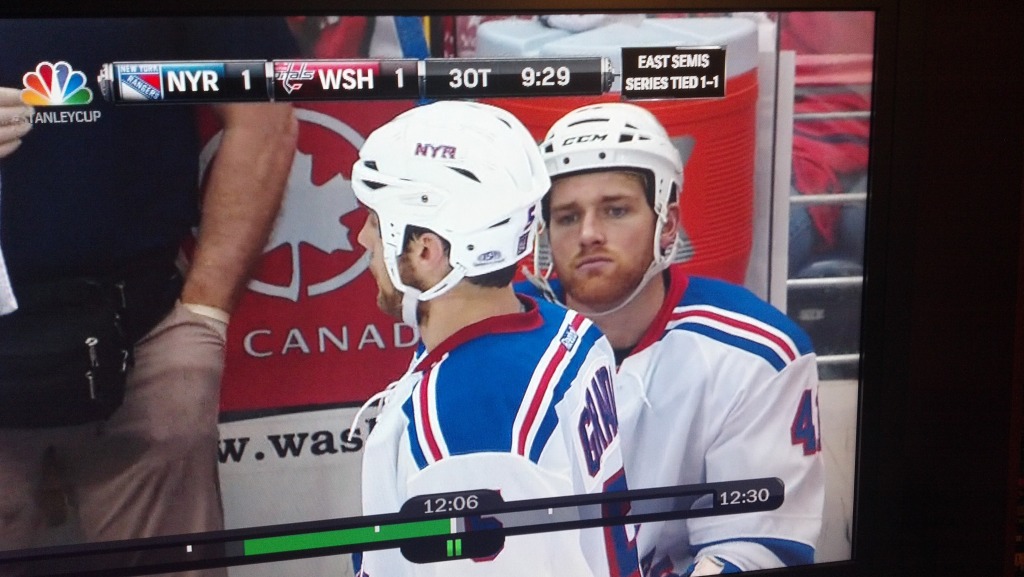 A microcosm of Bickel’s last year in blue.

When Stu Bickel came to the Rangers as a midseason call up last season, he made a lasting impression on the team, the coaching staff, and the fans. He played with that edge that the Rangers lacked since Michael Sauer went down with his concussion. But, we started seeing some questionable aspects about his game, and it started affecting his ice time last season, specifically in the playoffs.

On the ice, Bickel has been nothing short of a disaster. His skating isn’t what Torts needs it to be (he looks like a pylon), he misses assignments (both on forward and on defense), and he contributes nothing offensively. A physical presence only gets you so much, and all this is evidenced in Bickel’s ice time. Bickel is lucky to get five minutes per game when playing defense, and luckier to get eight minutes per game while playing forward. Torts simply appears to have lost trust in Bickel. That is not a recipe for success.

Looking past the eye test, Bickel is playing to a -0.5 GVT (-0.1 DGVT). That doesn’t exactly mean poor play, but it’s worth noting that most of this is with Bickel playing forward. But when it comes to his metrics, he is an unmitigated disaster in his own end. He has a team-worst -0.218 QoC and a team-worst -22.1 RCorsi (team-worst -19.57 CorsiON). While he only starts 41.2% of his starts in the offensive zone (following a whistle), you expect better numbers from someone playing against team-worst competition.

Bickel, at this stage of his career, is not ready for full-time NHL service. There is only so much “jam” a player can offer before he needs to step up with another aspect of his game. Bickel clearly can’t play defense, it’s why he was moved to forward, but he is struggling at forward as well.

There comes a point where, no matter how much you like someone, you need to cut ties with him if he cannot deliver on the ice. Mike Rupp was traded because he couldn’t skate well enough to keep up with Torts’ high-pressure system. Bickel is now the next in line, falling victim to his biggest shortcoming: His skating ability. Bickel needs a Brian Boyle-esque turnaround with his skating in order to save his career with the Rangers.