The Alternatives (or lack of) 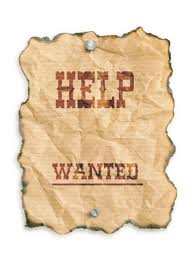 Do you own a pair of skates? Give Glen a call, you could be of help!

Yesterday we discussed how the Rangers may eventually look outside of the organisation for help on the blueline. Unless you think Stu Bickel, Matt Gilroy or Steve Eminger are the answer then it’s perhaps inevitable that the Rangers are on the lookout. Of course, this is assuming team brass do not want Dan Girardi and Ryan McDonagh on the ice every other shift. So, with other teams such as the Red Wings signing viable alternatives such as Kent Huskins already, who’s still out there that could help?

The Rangers decision to bring in another defenseman will depend on what the Rangers want from their last pair. The options from either a free agent or trade perspective are limited, but there are some intriguing options, both defensive and offensively.

From the unemployed pool, Campoli would likely be the most expensive, but at this stage of an abbreviated season, anyone looking for work isn’t likely to make dollars a major stumbling block. The former Islander has likely plenty of gas left in the tank, but has been injury plagued in recent times. What makes him appealing for the Rangers is that he only costs dollars. Given the issues with moving the puck out of the zone, Campoli could help given that he’s a solid puck mover. If it’s offense and mobility the Rangers are after, then Campoli is the best of the rest at this stage.

If the Rangers wanted to make a splash, or get desperate because of results, they could always call Montreal and see what it would take to get Subban. Nasty (dirty?), offensively gifted and with a bright future, Subban would be a huge upgrade. But the return demanded by Montreal –to part with their only prized, young defensemen– may be prohibitive. That said, it was probably assumed Ryan McDonagh would cost a lot and he was a now infamous throw-in. The longer Subban’s contract situation drags on, the more the rumours of a potential departure will grow.

Depending on how desperate or open to suggestion the Rangers are, there could be short-term options in Europe such as veterans Kubina and Jurcina. Kubina in particular offers an intriguing blend of size, experience and a solid shot from the point, but just how much he (or Jurcina) has left in their tanks is the major question-mark. Kubina is in the Czech league and would surely have a preference for another NHL shot, while Jurcina is in the KHL and playing poorly. Still, with plenty of NHL experience between them are they any worse than the current 6th defenseman option on the Rangers?

Aside from Subban, whose trade would be a huge surprise and at present highly unlikely, the trade options for any team in the league right now are by all accounts limited/unattractive in part because of supply and demand. Several general managers have stated demands are currently prohibitive and this would certainly be an issue for Glen Sather if he looked to acquire a player currently with an NHL club.

Want to look a little deeper? Other re-treads such as Derek Meech (former red Wing, currently in the AHL), Shane O’Brien (healthy scratch in Anaheim) or Aaron Johnson (over 250 NHL games, Bruins property) could probably be had for a minimal cost, but as you can see, cheap, quick fix, short-term solutions are going to be hard to find in the NHL this year.

It may well be a case that the Rangers have to ride out a rough period with their lack of current depth. There is a lack of potential upgrades on the free agent market, and the price on the trade market is too high to simply upgrade the bottom pair. Either way, it’s a situation that’s far from ideal and one that could become a growing concern as the season develops.