Rangers trade Ryan Reaves to Minnesota for 5th round pick 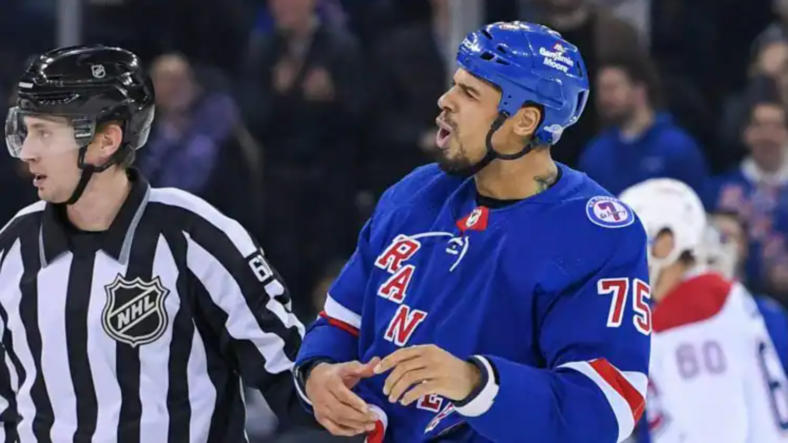 Per Kevin Weekes, the Rangers are trading Ryan Reaves to the Minnesota Wild for a 2025 5th round pick.

Reaves had been a healthy scratch for the Rangers for some time now, and it was clear he wasn’t going to get into the lineup any time soon. The 2025 5th round pick is a pretty good return given the Rangers are not retaining any salary in the trade. Reaves requested the trade while in LA, and Chris Drury moved swiftly to make it work.

Reaves was such an important part to last year’s team, as the Rangers looked to build a stronger locker room after being divided for a few seasons. That’s the main reason why Reaves was brought in. This year, he looks slower and hasn’t been able to generate anything consistently.

This is a great example of a player that was acquired for a specific reason and met all expectations for that reason. The one year extension wasn’t the best move in hindsight, but if it meant getting Reaves and the end result it brought (immaculate vibes), then it was worth it.