Beyond this year, Sammy Blais’ Rangers future may be in doubt 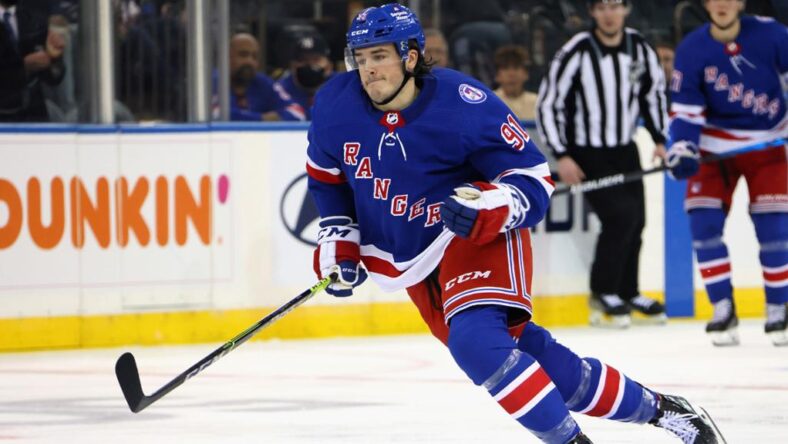 Sammy Blais Rangers future may be in doubt, and it’s due to no fault of his own. It’s been a tough spot for Blais. The centerpiece of an unpopular (and bad) trade, he never had a chance to prove himself before tearing his ACL last season. He was then injured to start this season, and now finds himself part of a rotation in the Rangers bottom six that has yet to been finalized. It’s a tough draw, but there is a valid debate about whether or not his play actually matters when it comes to his Rangers future.

Blais Rangers future may not depend on his play 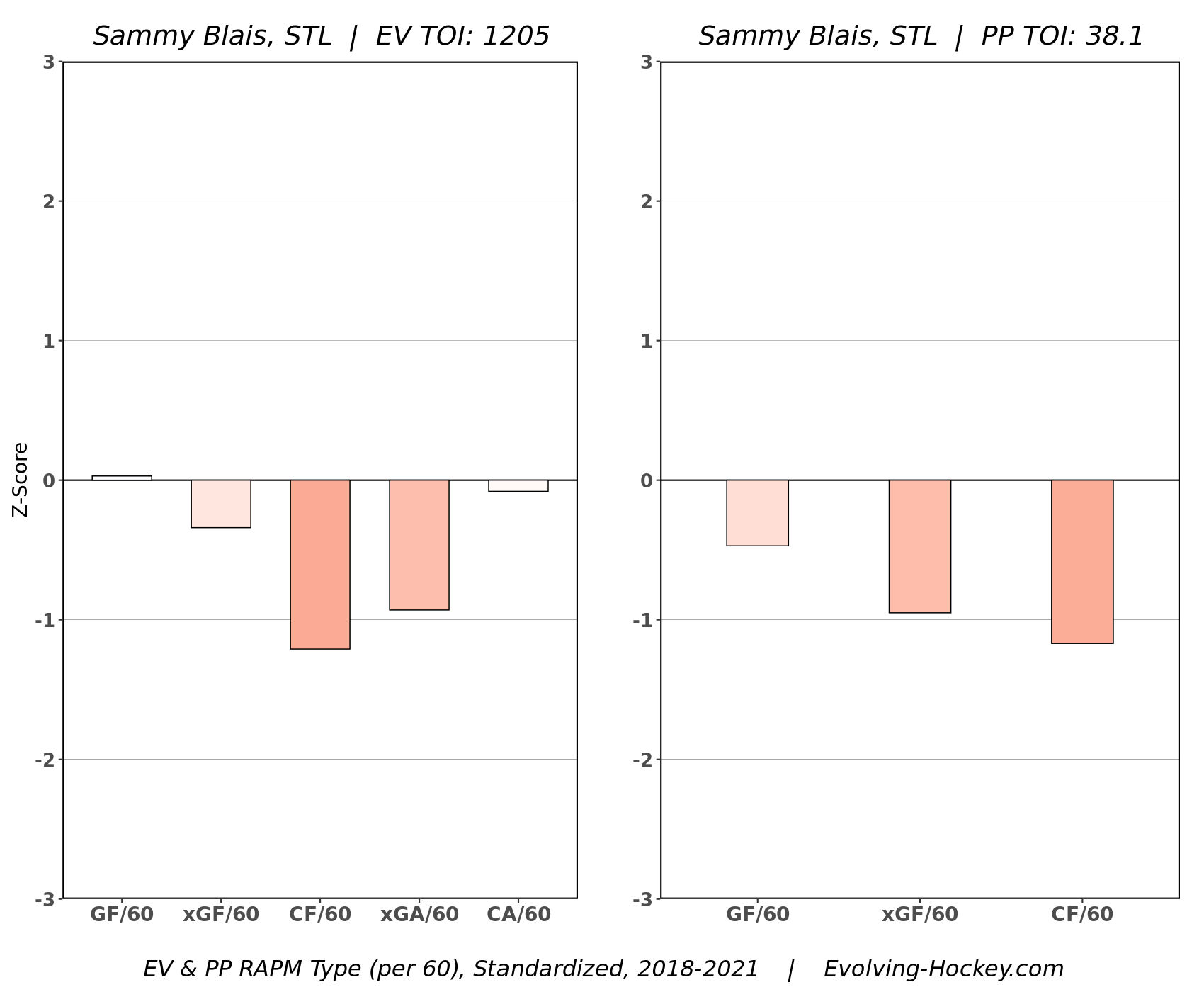 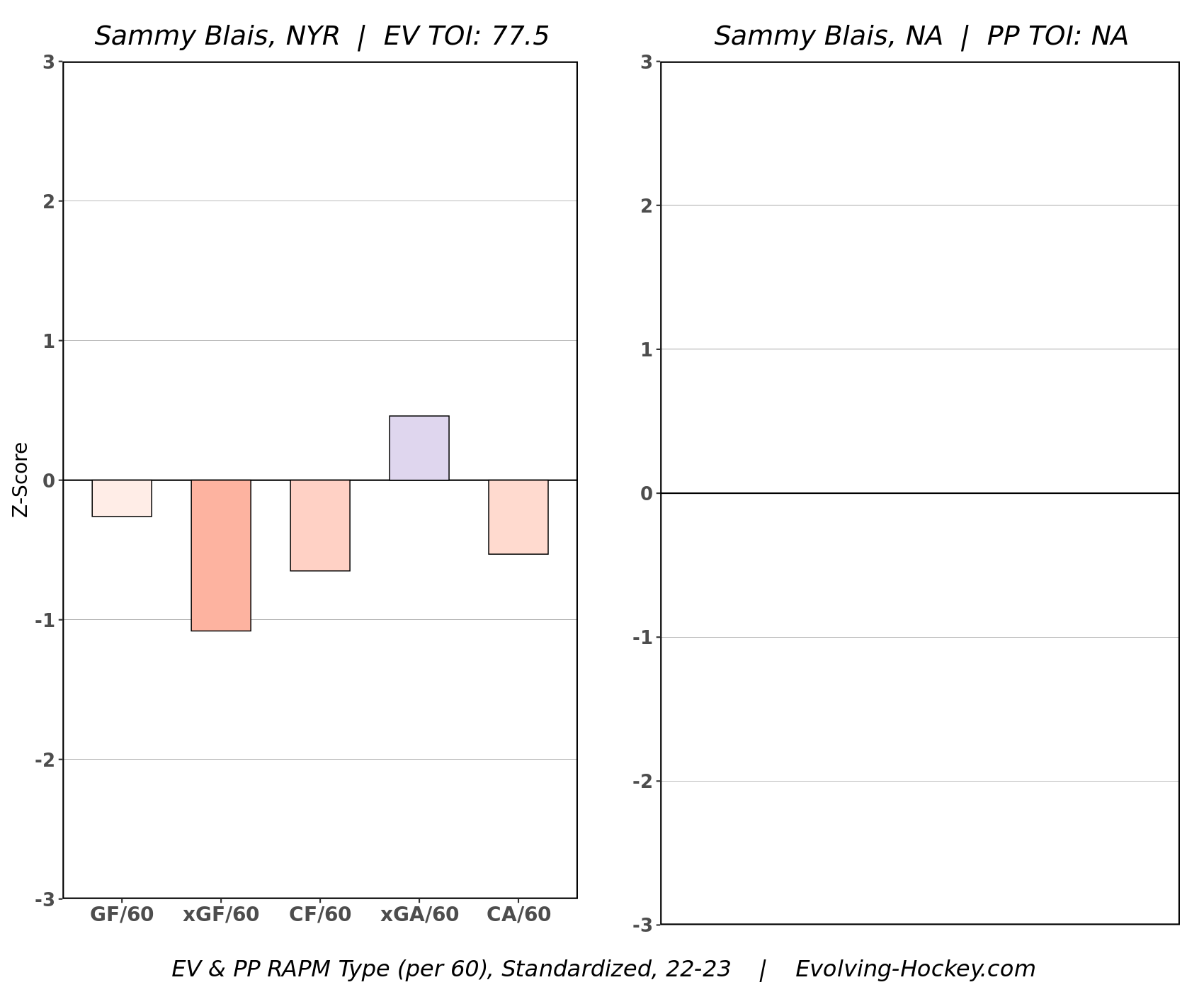 It is was too early to be looking at single season numbers (on the right), but it is promising that Blais at least has better defensive numbers this year, again in the short term. His last three full seasons (left) are pretty bad in terms of puck possession. It’s easy to like Blais’ style of play, getting in on a heavy forecheck, going to the net, and creating space. But it just hasn’t translated to either points on the score sheet or underlying possession numbers. Simply put, Blais is an energy forechecker who doesn’t excel on either side of the puck.

Thus, Blais Rangers future comes into question. Let’s say Blais finds a rhythm in New York, much like Ryan Strome did. Remember, Strome was bad until he landed with the Rangers and then turned his career around. It’s possible Blais can do it too once the Rangers figure out where to play him. But therein lies the rub.

The problem with Blais Rangers future is mostly with the salary cap. Even if the cap goes up by $4 million, which is now the rumor over the $1 million, that money is most likely going to keep Filip Chytil. His injury has really exposed the Rangers center depth, and perhaps finally has many realizing how good he is.

With Chytil likely (hopefully?) the priority with the extra cap space, the Rangers still needing to re-sign both Alexis Lafreniere and K’Andre Miller, plus the need to fill out the rest of the roster, all of a sudden Blais’ $1.5 million becomes a hefty price tag. If Blais has a great season, then he’s coming in well over that $1.5 million qualifying offer. The Rangers then can’t afford him, and will need to trade him to keep Chytil.

If Blais has a bad season or even a comparable season to his prior years, then his $1.5 million qualifying offer becomes too pricey for his role. We’re already seeing what spending up on role players and fourth liners has done to the Rangers cap situation, so spending up again when there are better, cheaper options isn’t wise. Given where the Rangers will be from a cap standpoint, Blais might get squeezed.

It’s truly the proverbial rock and hard place for Blais Rangers future. He either plays well and prices himself out of New York, or he plays poorly and his QO prices him out of New York. It’s a tough spot for Blais and the Rangers. Perhaps there’s that sweet spot in the middle where he continues his high energy forechecking, but finds the right spot in the bottom six where he’s a complementary piece and can be a passenger.

The good news is the Rangers don’t need to make any rash decisions. They can let this play out, and perhaps everything will work itself out. Most likely, though, it won’t, and there will be a difficult decision looming.