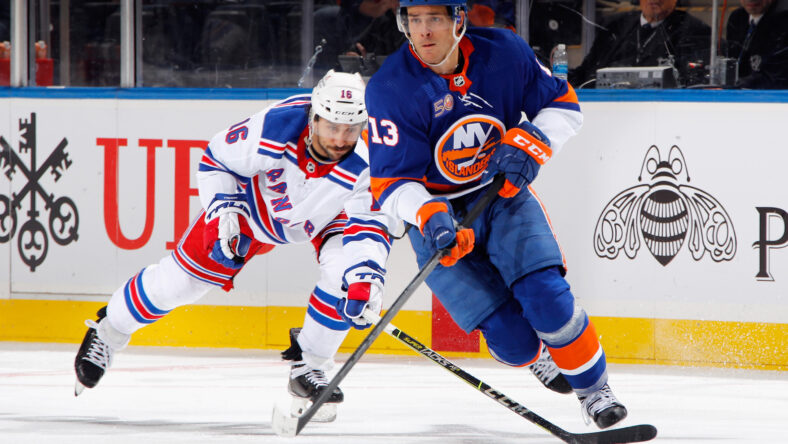 You would think after the last 8 years or so, I would just expect to take a loss by the Islanders, they have really had the Rangers number in that span. But, what a frustrating loss. Another game with 41 Shots on goal, but this time it was 0 goals. Numerous high danger chances, deflections, screens, Sorokin answered all of it.

I said it for the Colorado recap that I really hate “moral victories”, and that point remains true. I try to be as objective as possible, but at some point, you just want the puck to go in. If this were a 4 game losing streak in December I’d be just as frustrated too. The Rangers are playing well enough to win, but right now couldn’t hit water if they fell out of a boat with their shooting percentage.

There isn’t much to dissect with that game more than that, but I do have one other tidbit that needs to be said: Jaro Halak needs to stop being a whipping boy on this team. I’ve noticed very early on already that Halak has been getting a lot of guff on Rangers twitter for his performances. But is Halak responsible for the offense’s lack of finishing ability right now?

Letting in 2-3 goals is very average amongst goalies, that shouldn’t take the wind out of your sails as a fan.

Broken plays lead to coverage misses and goals. That’s exactly what this was. The Rangers stopped the initial entry, but the puck bounced to the slot and the Isles were able to recover and Kyle Palmieri beat Jaro Halak with the wrister.

Jacob Trouba chased to the blue line. That’s it. That’s the breakdown and why Josh Bailey was so open.

A clean Isles faceoff win, a fanned shot leading to a broken play, and Palmieri scores again. Two broken plays, two goals for Palmieri. Usually this is where you get complaints that the Rangers never win faceoffs, but they’ve been good in the dot this year.

An offense struggling to find an answer though is hopefully coming to an end soon as the Rangers will be taking on the Dallas Stars and the Arizona Coyotes. On paper, those are both not just winnable games, but you should skate both of those teams out of their buildings.