2022 Rangers Report Card: Ryan Reaves expectations, on and off the ice 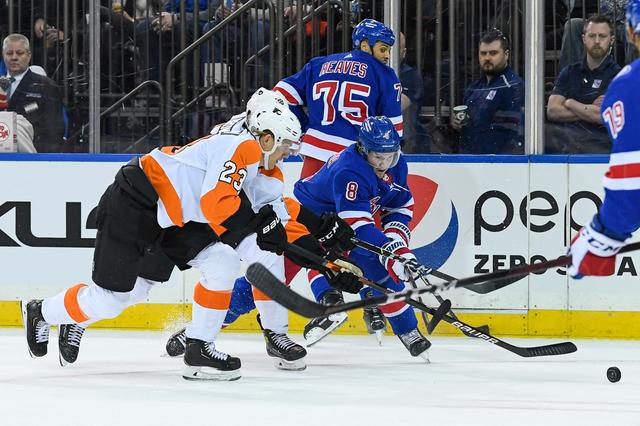 The Rangers surprised a few people by going out and trading for Ryan Reaves last offseason, and then surprised even more people by giving him another year on his $1.75 million contract. It was clear what the Rangers were doing, and Gerard Gallant knows what he gets with Reaves, both on and off the ice. But depending on who you ask, and what their Ryan Reaves expectations were, this was either lauded or ridiculed.

It’s safe to assume that if your Ryan Reaves expectations had any kind of productive value in play driving, you were disappointed and probably misguided. Reaves hadn’t been a net-positive on the ice in some time, at least from a play driving perspective. He hasn’t been the worst player in the league, but there are certainly better options for $1.75 million. 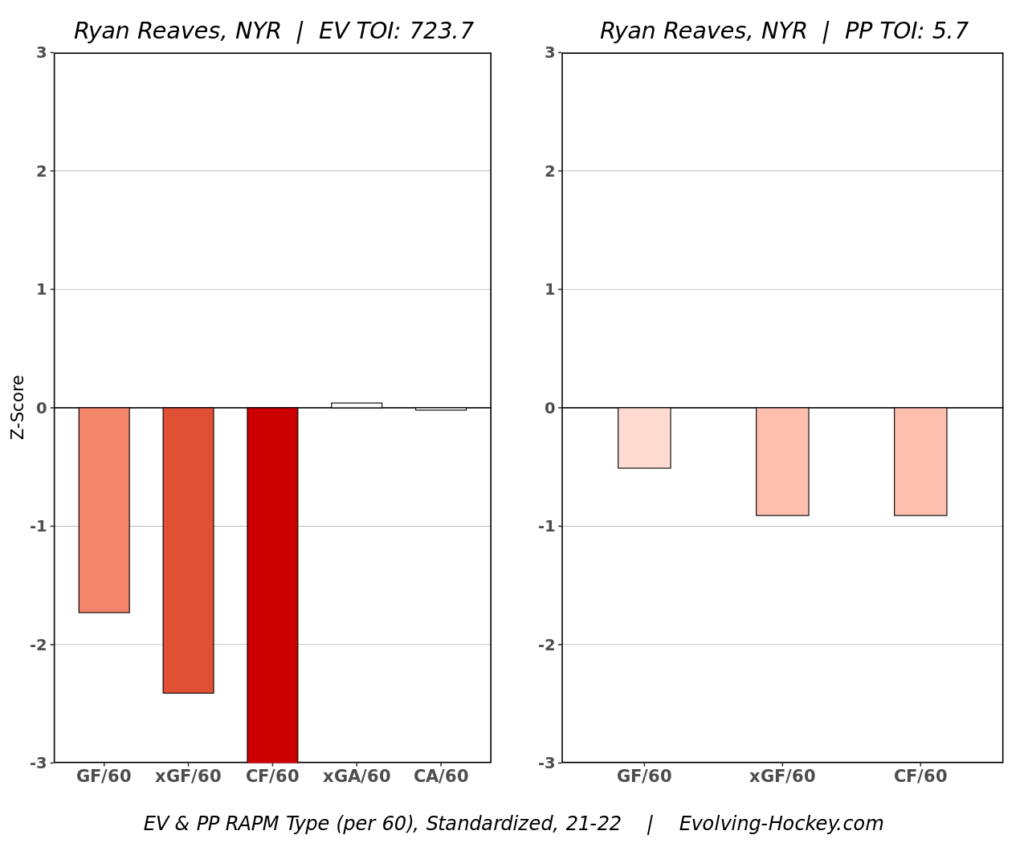 Yet despite that, Reaves is, believe it or not, a net-neutral defensive player, or at least he was last year. If you were setting your Ryan Reaves expectations to include any kind of offense, then I don’t know what to tell you. Reaves hasn’t been an offensive producer in years, and the Rangers inability to generate sustained offense last season hurt this even more.

Given my expectations for Reaves, this is actually better than expected on the ice. He’s slow, he’s not really a shutdown guy, but he wasn’t exactly killing the Rangers defensively. There are still better options for that price tag, but this is better than most say.

Off the ice matters here

When talking Ryan Reaves expectations, it’s important to take a step back and remember why he was brought in. It is no secret that the 2021 Rangers locker room was a disaster, and Chris Drury immediately sought to fix that. Barclay Goodrow was one piece, and Reaves was the other. All those vibes/60 we talk about? This duo has a lot to do with it.

Reaves shouldn’t be an everyday player, and it’s likely that wasn’t even the plan last year. But the Sammy Blais injury and the Vitali Kravtsov situation forced him into the lineup. If your Ryan Reaves expectations include being a solid off ice presence, keeping things light when needed, and releasing Shesty, then you’re probably happy.

Contract aside, Reaves, to me, exceeded his expectations.