Matt Tkachuk trade: Can the Rangers realistically bring him in? 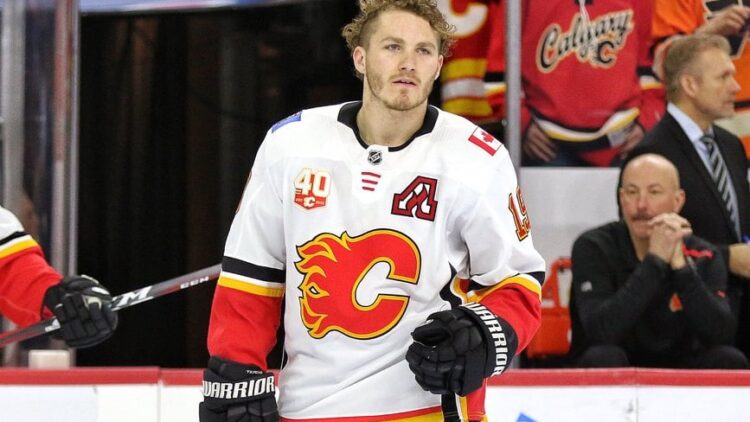 It must be brutal to be a Calgary Flames fan. First they lose Johnny Gaudreau to, of all places, Columbus, and now they are set to lose Matt Tkachuk too. Tkachuk informed the Flames he would not be signing long term, blowing the Matt Tkachuk trade door right off its hinges. Tkachuk is the kind of player you sell the farm for, but can the Rangers realistically be in on him?

Tkachuk is a one of a kind player

Repeating: Tkachuk is the type of player you sell the farm for. Full stop.

In addition to being a 100+ point player, Tkachuk isn’t even 25 yet (December). He’s one of the top wingers in the game, and he isn’t just a scorer. Tkachuk is a 100 point pest. Those don’t grow on trees. Think Brad Marchand, but less rat and just overall better. 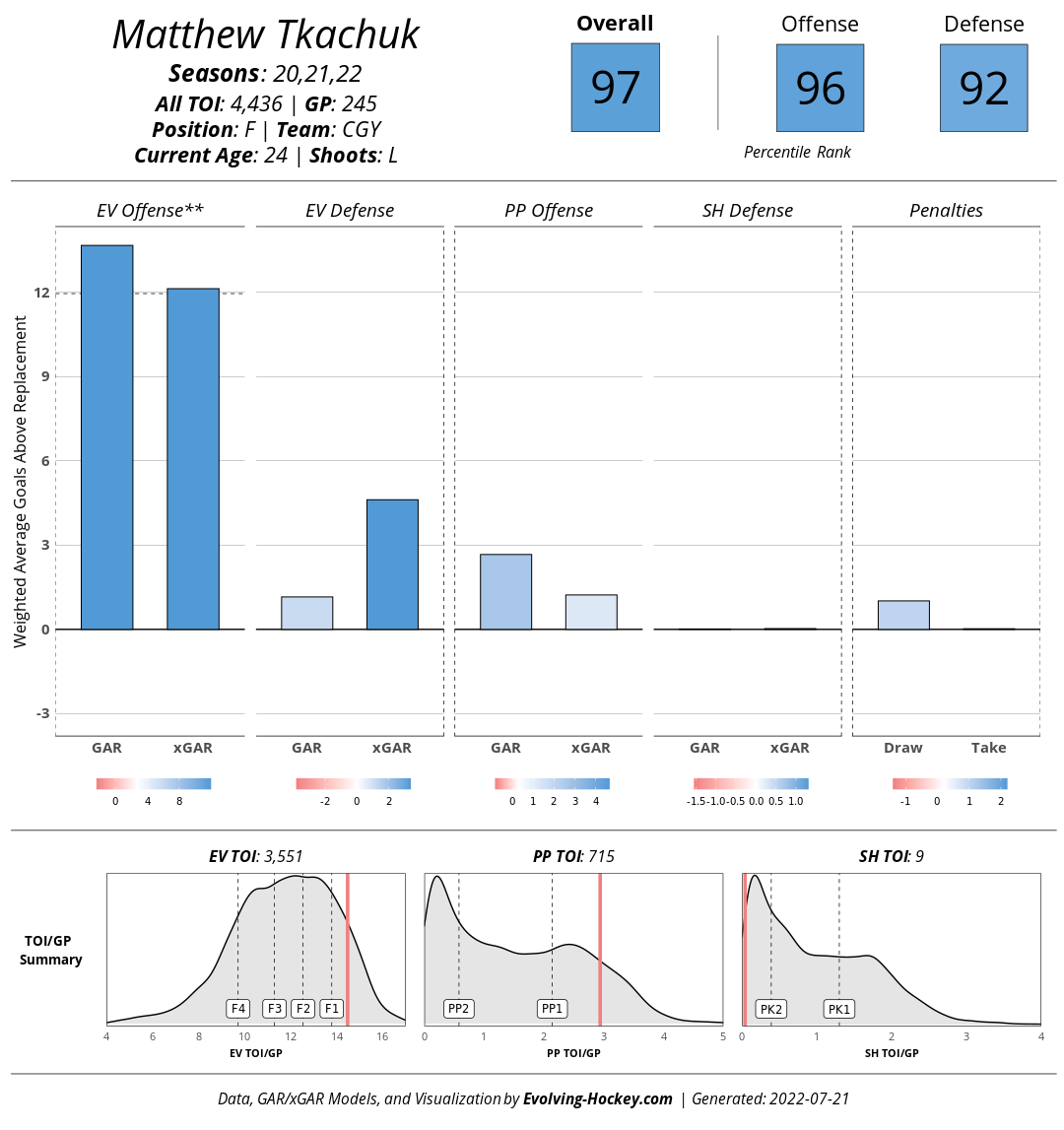 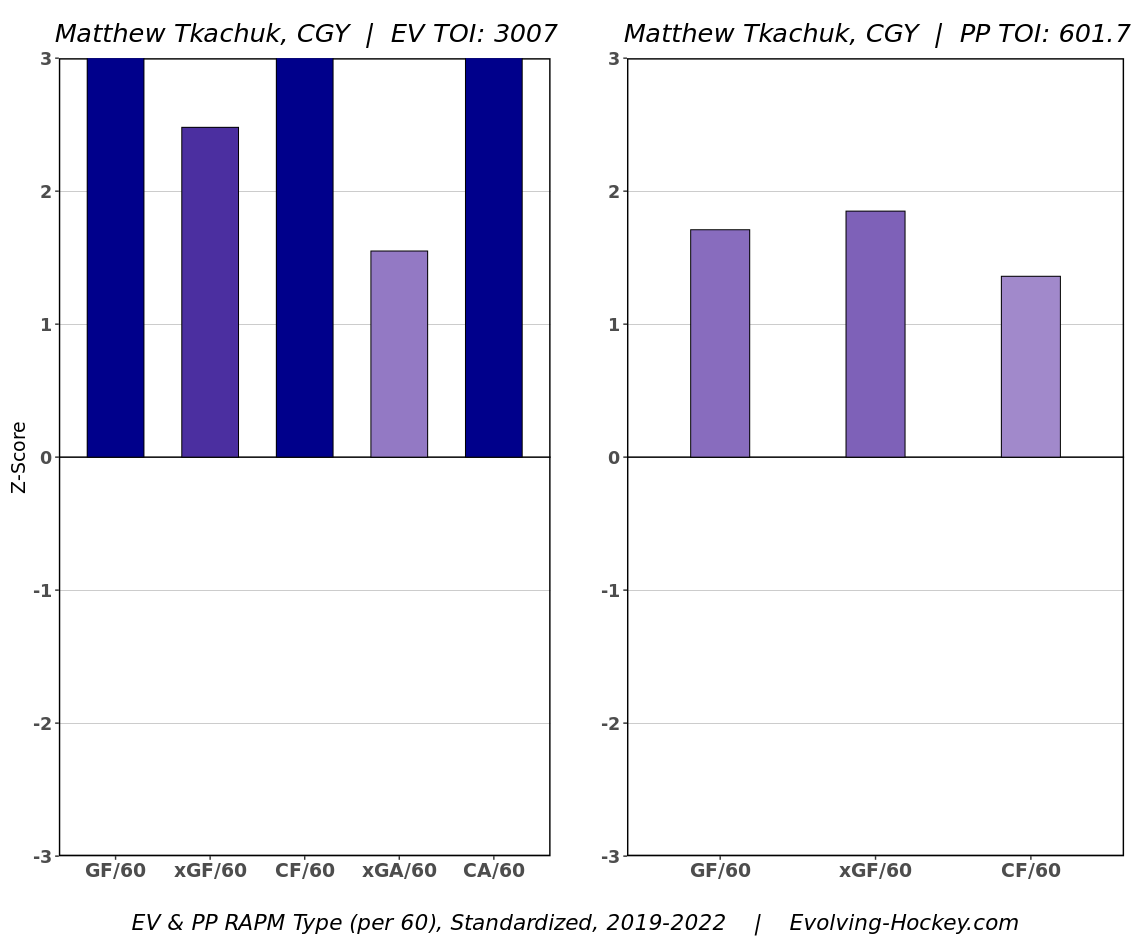 Tkachuk does everything except kill penalties, and he does it exceptionally well. He drives play, scores, hits, irritates opponents. Everything. A Matt Tkachuk trade has very few untouchables in it.

Salary is the big issue

The biggest concern in a Matt Tkachuk trade is the salary. He’s a restricted free agent with a qualifying offer of $9 million. Calgary has filed for team elected arbitration, so it’s becoming less and less likely that one year at $9 million is realistic for Tkachuk. Evolving-Hockey has his most likely projection at 8 years and $11.2 million.

Not many teams can take on that salary without some significant players going the other way. And that doesn’t just mean the trade cost, but real dollars has to go to Calgary for most teams. For the Rangers, they would need to clear close to that $11 million, whereas a team like the Devils wouldn’t need to shed nearly as much.

To scare some people, the Devils would likely just need to include Damon Severson to offset salary. They also have the pieces to make this work.

But in a Matt Tkachuk trade, the salary offset is only part of the equation. Calgary is likely going to want significant assets in return.

In addition to taking on the salary, the Rangers would need to surrender legitimate assets in a Matt Tkachuk trade. If we assume that Jacob Trouba would have to waive his no-move clause (not happening), then the Rangers still need to clear $3 million. Let’s just run with Kaapo Kakko being the centerpiece here, for the sake of the post.

Trouba and Kakko for Tkachuk doesn’t get it done. The 2023 1st is a must, and for a player like Tkachuk, you surrender that without batting an eye. But even that might not be enough, even with Calgary’s dwindling leverage. This isn’t a Jack Eichel situation. Tkachuk does not have a significant injury, nor is the relationship fractured. This is more of a Trouba in Winnipeg situation, where Trouba still played while the Jets looked for a trade.

Trouba, Kakko, Nils Lundkvist, and the 2023 1st is your starter offer from the Rangers. But again, Trouba isn’t waiving his no-move clause. Neither will the other big contracts in Chris Kreider, Mika Zibanejad, or Artemiy Panarin. Right off the bat, it’s a non-starter.

As for Calgary, their real gets in the above scenario are Kakko, Lundkvist, and the 2023 1st. I’m sure they will get better offers from other teams.

A Matt Tkachuk trade likely isn’t in the cards for the Rangers, but stranger things have happened.