Brennan Othmann is a 2022 OHL first team All Star 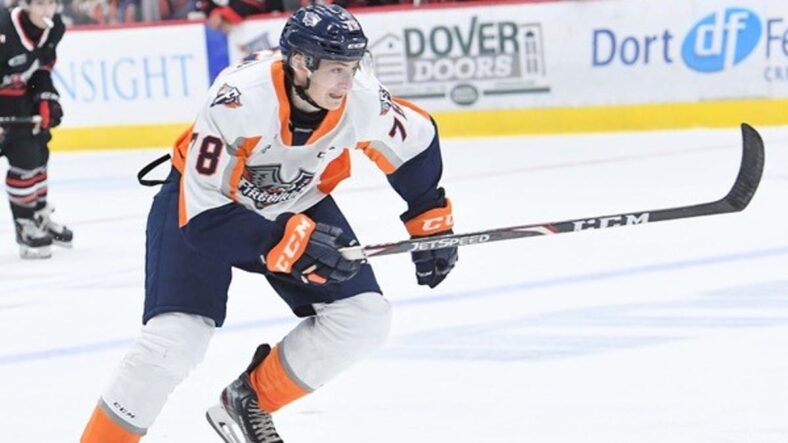 Brennan Othmann is an OHL first team All Star, as announced today. Othmann had a ridiculous OHL season as an 18/19 year old, putting up 50-47-97 in 66 regular season games.

Othmann stepped up his game in the playoffs, putting up 9-15-24 in 19 games as Flint made a surprise run to the OHL Conference Final, where Flint lost in 7 games to Will Cuylle’s Windsor.

Othmann cannot be in the AHL next season due to age restrictions, so he will either be back with Flint or on the Rangers next season. The latter is admittedly a long shot, but stranger things have happened.