Rangers Game 1 takeaways, and how the Rangers can apply them to Game 2 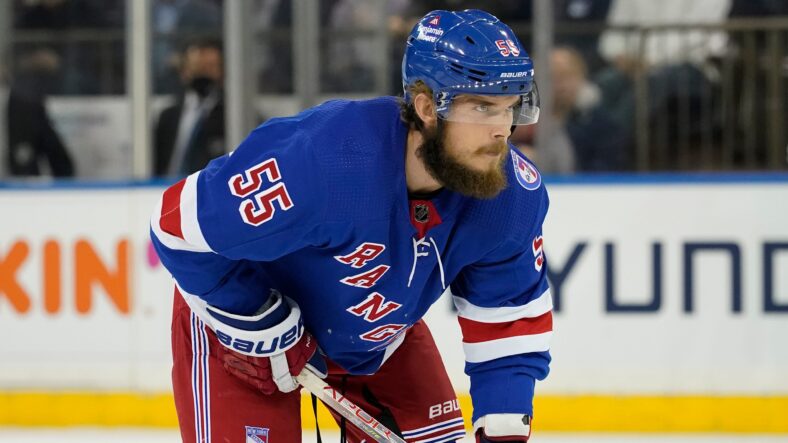 The Rangers dropped Game 1 to the Carolina Hurricanes the other day in OT, but it wasn’t the same as when they dropped Game 1 to Pittsburgh. The Rangers are clearly facing a better team than Pittsburgh, but they also seem to have risen to the occasion, at least in Game 1. Despite the loss and the uphill climb ahead, there are still a few Rangers Game 1 takeaways and reasons to be optimistic about the rest of the series.

1. This wasn’t like the loss to Pittsburgh, which the Rangers actually won. The disallowed goal was a gut punch, but the Rangers were thoroughly dominated by the Penguins after the first period.

The cause for concern can be the number of chances given up in the third period. It’s a valid concern, but it was also a Carolina team that was being shutout and a Rangers team that, while not exactly sitting back on the lead, wasn’t pressing for more offense. There were numerous chances in the first and second that they could have extended that lead, but did not capitalize. The chances are coming, and will continue to come for the Rangers. They have too much skill to be beaten by Antti Raanta if they continue to generate offensive chances.

2. Igor Shesterkin was back to his normal self in Game 1. He’s been excellent since a few down games against Pittsburgh, and if the Rangers play 7 games like Game 1, I’d expect he’d win four of them. That’s not just because of him either, as if the Rangers do play 6 more games like they did on Wednesday night, they are more than likely to bury more than one goal. The focus will be on Shesterkin and his ability to keep the Rangers in it by weathering Carolina pushes, but the Rangers skill giving him larger leads should also be there.

3. The kid line is continuing to be magnificent, and quite frankly should be the Rangers second line at this point. All three look at home with each other, and are continuing to drive play, get goals, and pin the opposition in their own end. That’s what you want to see from the kid line.

4. But if the kid line is the second line, then you do need to break up the top six and make some adjustments. It may be time to move Artemiy Panarin up to the top line with Mika Zibanejad and Chris Kreider. That means Frank Vatrano, Andrew Copp, and Ryan Strome would form a third line. It’s not a huge shakeup, simply a swap of Panarin and Vatrano, but it’s something the Rangers might want to consider given the relative inconsistency of the current iteration of the top six. They have stepped up in waves, but they need to be consistently playing better.

5. A big positive of the Rangers Game 1 takeaways is that the overall Rangers team defense was much better in Game 1. If there is an adjustment, it’s the same adjustment we would need to see that we didn’t get in the first series. Gerard Gallant does need to have his team better prepared for these pushes, and perhaps call a timeout here and there to give his team a bit of a breather and throw off Carolina’s rhythm. The Canes are a good team, you can’t keep them at bay for a full 60 minutes. But you can adjust how you react to them, and be a bit more proactive in gameplanning.

6. Of the Rangers Game 1 takeaways, and perhaps even going back to the first round series, we should recognize how important Ryan Lindgren has been to the club. He was arguably their MVP of the Penguins series, and he really does balance out the blue line.