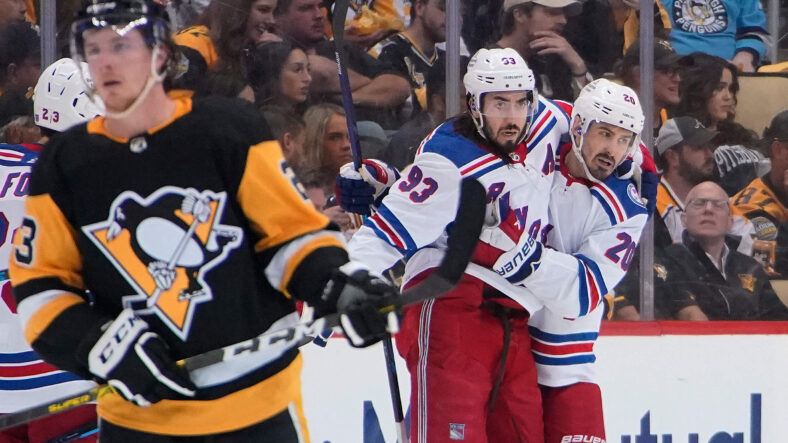 The Rangers big guns showed up in Game Six. Chris Kreider scored with less than two minutes remaining in the third period to give the Rangers a 5-3 win, forcing a Game 7 back at MSG. Kreider’s winner with 1:28 left in the third gave the Rangers the lead, with Andrew Copp icing it a minute later with an empty net goal.

The Rangers got down early, giving up a pair of goals to the Penguins in a two minute span in the first period. But like so many games this season, the Rangers came storming back. And like the last few games this series, the Penguins blew another lead.

Mika Zibanejad tied the game himself with two goals in a 1:20 span. Chris Kreider gave the Rangers a 3-2 lead with a goal off a Zibanejad rebound from a brilliant pass from Igor Shesterkin. Evgeni Malkin tied the game late in the second, but it was Kreider again, showing why he is such a big game player, with the late goal to tie the series.

Both Kreider and Zibanejad, especially the latter, had been close to invisible or downright bad for the first five games of the series. But they woke up in a big way in Game 6, and are now a focal point for the Penguins in Game 7. If the Rangers big guns can finally provide offense, then maybe this Rangers team isn’t going to be one and done.