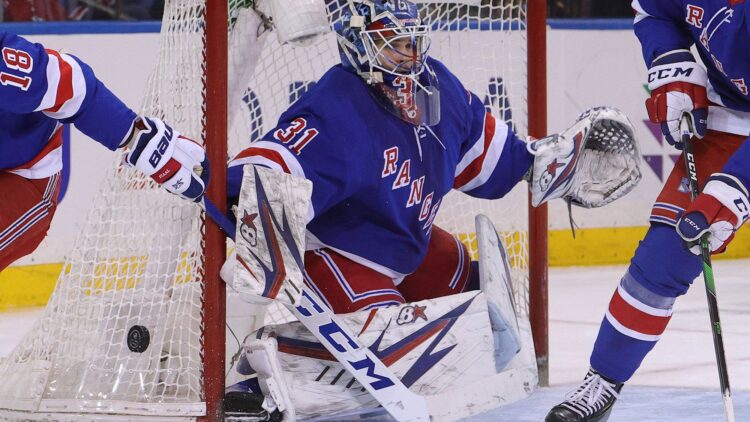 After a pretty strong Game 5 win, the Rangers go into hostile territory to try to keep their season alive. The keys to the Rangers forcing Game 7 aren’t exactly rocket science, but then again if the Rangers were playing fundamentally sound hockey, they would’ve won the series already. But they aren’t, so now it’s a matter of finding ways to win.

All due respect to Ryan Reaves, who set the tone in Game 1, and Kevin Rooney, who is quietly a solid 4C for the Rangers, but they aren’t getting the job done as two-thirds of a fourth line. Without Barclay Goodrow and/or Tyler Motte, the Rangers fourth line is not a shutdown line. It’s just facts at this point.

Thus, the Rangers need to use that line as a breather line, and not a shutdown line. The minutes should be filled by the kid line, which has been by far the Rangers best line this series. One of the keys to the Rangers forcing Game 7 is to bleed fewer shots against, which means getting more offensive zone time. The kid line does just that.

Play your best players, even if it means swallowing your pride and adjusting to what you see on the ice. That’s on you, Mr. Gallant.

It isn’t hyperbole to say that Gerard Gallant is getting outcoached by a country mile by Mike Sullivan. Sully is one of the better coaches in the game, and he’s made the necessary adjustments. Gallant, meanwhile, has done the exact opposite. He sticks to his guns despite the Rangers getting steamrolled. The one time he made a change, he dressed 11 forwards and 7 defensemen, only to not play that 7th defenseman. Seems counter intuitive.

The Penguins are completely dismantling the Rangers on their breakouts. The key adjustment here isn’t protecting zone entries, as the breakdowns occur long before the Penguins even cross their own blue line. Assuming the Penguins continue to get clean possessions and breakouts, the key to the Rangers forcing Game 7 is neutral zone regroups. 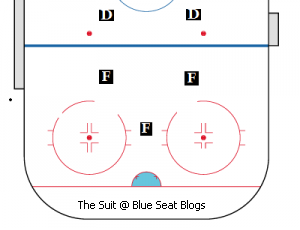 Put another way, the Rangers need to take their 1-2-2 forecheck and move it back 20 feet. Above is a traditional 1-2-2, something the Rangers prefer to play. It is designed to disrupt a team that doesn’t have 15 seconds to breakout. The Penguins have had that, thus the Rangers need to back it up, clog the neutral zone, and play more of a trap.

By moving F1 back, keeping F2/F3 at the blue line, and D1/D2 at the red line, the Rangers slow down the Penguins in the neutral zone, which slows down their zone entries. It’s a simple adjustment, but the Rangers forcing Game 7 means the coach needs to make it.

3. Hate to say it, but better goaltending

Two statements are true. Igor Shesterkin has been great this series, and Igor Shesterkin has had some struggles this series. The Jake Guentzel goal in Game 5 really stands out, as Shesterkin was slow to track the puck and slow to push back to hug the post. Little things like that have come up in each game since Game 2, and while they haven’t killed the Rangers, they might.

Shesterkin may be fatigued after making 9,000 saves in Game 1, and that’s fair. He looked sharper, for the most part, in Game 5, except for the Guentzel goal. But if the Rangers forcing Game 7 is a reality, they need Shesterkin to be at his best. He’s been at his B-level game, which is not going to be enough given how poorly the Rangers have played overall.

Conversely, if the Rangers can keep it within five scoring chances, then Shesterkin alone should be enough to win against Louis Domingue.