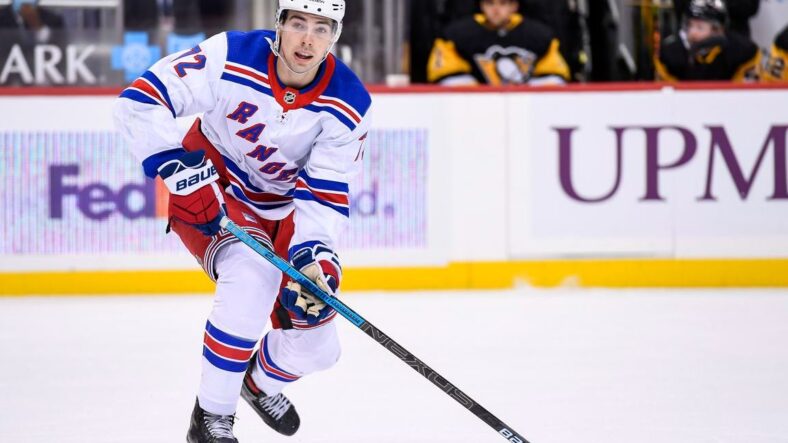 Look, I’m going to state it plainly: When scouting the Penguins, get the last three games the Rangers played against them out of your head.

Have the Rangers been trending up for a month while the Penguins are seemingly going the opposite direction? Yes. And it’s not to say that the result of this series won’t reflect that, but if you want to fully believe that past success leads to future success, I envy your ability to not consider worse scenarios.

This is not to say that I think the Rangers will lose – more on that later – however this season for the Penguins has been a very sound one.

Scouting the Penguins analytics, their defense and goaltending have been driving the bus, however their stars and forward depth have not had a bad season by any means. It has led to a balanced team that really has only been hampered by their shooting %, which has been mostly below average for the entire season both at 5v5/EV and on the power play.

The Penguins will very likely generate offense at a consistent level throughout this series in terms of shot attempts and scoring chances. They’ve been doing it to a top-10 level all season and mostly maintained that post-trade deadline.

Defensively is where it gets interesting when scouting the Penguins, as they dropped ten or more spots since 3/21 in both Corsi and Expected Goals against per 60 (sample size warning). This does bode well for a Rangers team that has still been inconsistent in generating shots & chances at 5v5/EV since the deadline.

A brief note on the Rangers offense since the deadline. While Panarin–Strome–Copp have put up an absurd 84% Goals For at 5v5 in their time together, their xGF/60 is simply below average. That being said, they have run a 58% Corsi to pair with their 50% xGF in that time is well.

Overall, the second line is a key because unless the newly-reunited L3 kid line steps up big time, the Rangers will need more than just Kreider-Zibanejad-Vatrano generating offense at 5v5. Panarin-Strome-Copp are, in theory, getting in the position to get shots on net – I’d just like to see a few more true scoring chances out of them game to game.

From a lineup perspective there are a few takeaways for the Rangers to consider when scouting the Penguins. First, while their top-six have struggled a bit as of late, overall they’ve had a solid season (especially Malkin). Zucker being out is a loss for them – if he returns in Game 3 or so just hope he replaces Rodrigues or Blueger, but I think it will likely be Boyle.

Zucker is stout defensively and probably goes to their second line, bumping down a solid player to their third line in the process (O’Connor coming in as well shouldn’t be overlooked – a classic PIT UDFA who has put up strong metrics in 22 GP).

The bottom six might not score much, but the current lines that we’ll likely see in Game 1 have controlled play to a serious level. It will be interesting how the matchups play out at MSG in terms of the last change.

Besides goaltending and the two aging superstars, the true engine to this team is their top-4 defense. Dumoulin & Letang will play probably close to 30 minutes a night and will probably do so in fine fashion. Matheson & Rudhwedel have been very good this year, so it will be important for the Rangers to try to generate as much as possible against them. Pettersson & Marino are solid as well… let’s just hope for some reason we get to see Beaulieu (which would be the equivalent of Hajek or Tinordi entering the lineup). 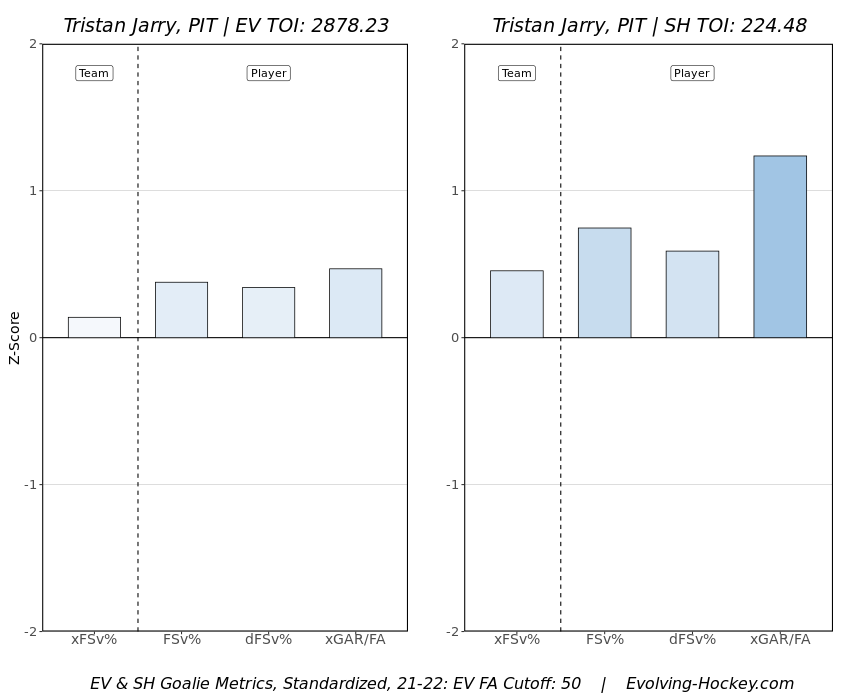 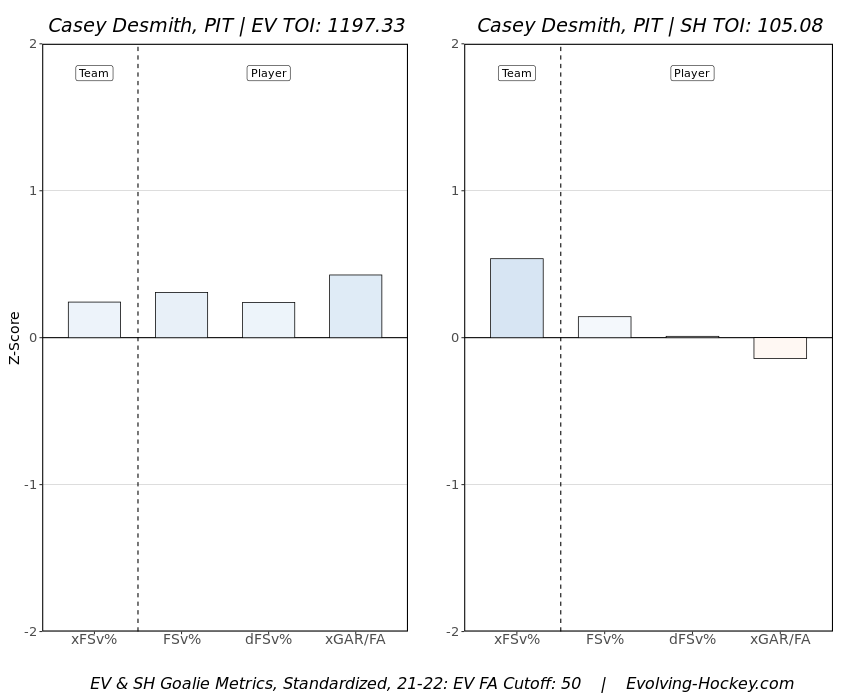 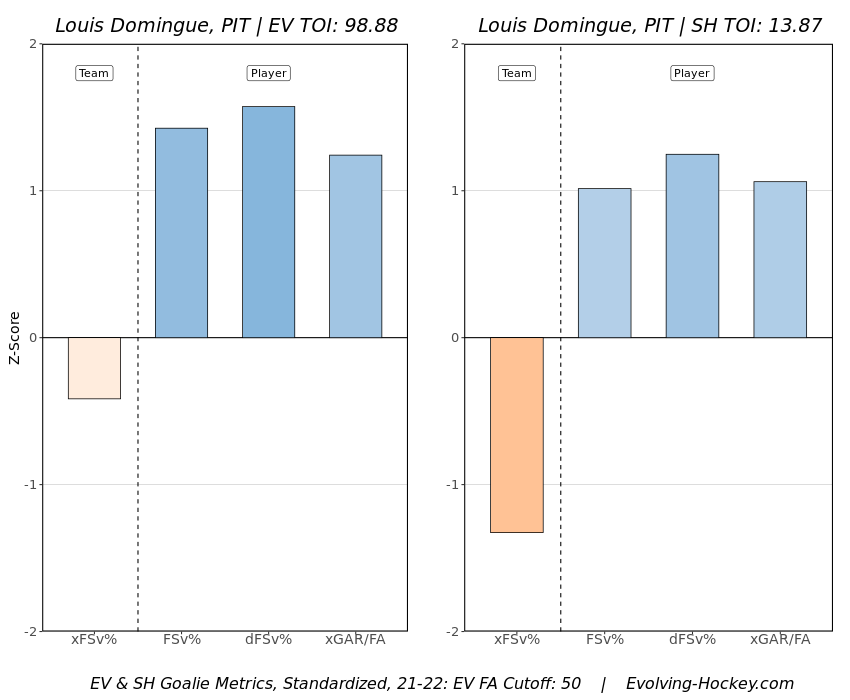 Unlike the old Penguins, the current Penguins have had good results turned in by their netminders. While Jarry returning would be a good boost for Pittsburgh, Casey DeSmith has righted the ship as of late, so do not think the Rangers are dealing with an incapable backup. Louis Domingue has also been solid in all of two games, but naturally his history as an NHL goaltender is weak at best.

Defense and goaltending will keep a team in games and win some, but offense will win series.

Normally I try not to insert my own tweets into my own articles, but I wasn’t going to recreate the above. Barring a goaltending or team defense collapse, the key for the Rangers will be generating shots and chances at an average or good level (as it has been all year). Given the talent and newfound depth of the Rangers, converting chances to goals shouldn’t be an issue (knocking on wood/my own head at the thought of that, for the record).

In the end, I just think this will be an uncomfortably close series for better or worse. That being said, the Rangers went out and got the forward depth they needed to allow their stars and Vezina-caliber goaltender to win them this series, so let’s see if they can close the Penguins out in fewer than 7 games.