Don’t read too much into the Rangers loss yesterday 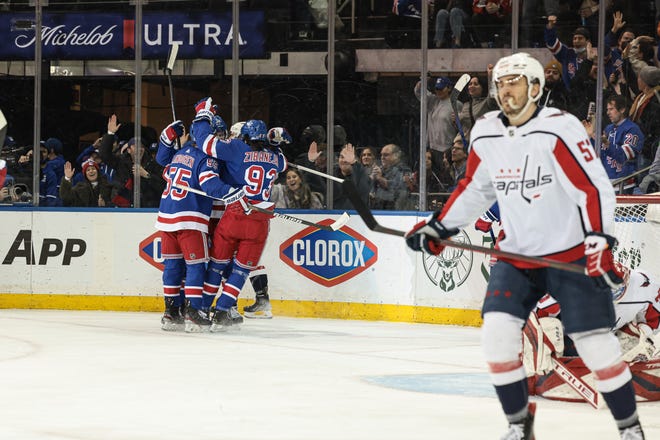 Naturally, as with every Rangers loss this season, there was some “concern,” in quotes for a reason, about the Rangers. Can they beat good teams? Is their success post deadline all smoke and mirrors? Can they even win a game in the playoffs? Naturally, all this is overblown and aren’t real concerns. But remember, there’s not much to read into from yesterday.

First and foremost, the Rangers were missing three top-nine forwards. When your top nine is 33% deficient, you’re not going to keep up with playoff teams. That’s perfectly fine. Dryden Hunt was back on the second line, and noted goal scorer aficionado Julien Gauthier on the third line. That’s not exactly high end skill in your top nine. Say what you want about Filip Chytil, he’s a better option than both of those guys in the top nine. And that doesn’t include the injuries to Kaapo Kakko and Andrew Copp.

And all of that showed yesterday in the Rangers loss. They were unable to generate sustained offense, with just 31 shot attempts at even strength. If anything, there should be some sighs of relief that even shorthanded, the Rangers limited the Bruins to just 42 shot attempts at even strength. So the defensive play was still there. Missing three skill players will certainly put a damper in their own shot attempts, it’s just common sense.

With three games left in the regular season, the Rangers aren’t going to take any chances with their injuries. While we may see some of that trio back in the lineup, I wouldn’t expect it. Why rush it? They’ve clinched home ice in the first round against either the Penguins or the Caps. Let the guys get healthy, and roll four lines/three pairs more often to get more game rest for Adam Fox and Ryan Lindgren.

There’s not much to read into from the Rangers loss yesterday. This is a good time to ignore some of the “pundits” who will use the loss with no context to prove their point. The Rangers aren’t a perfect team, but they are a team no one wants to see in the playoffs, for good reason.