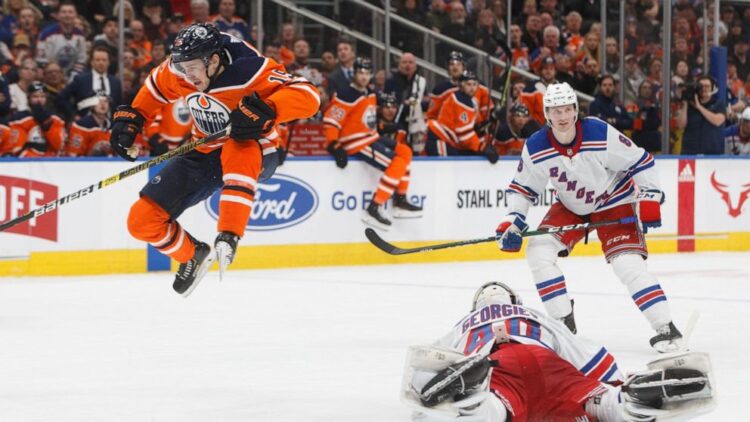 From Arthur Staple (subscription required), the Rangers had a rumored Georgiev trade as recently as December. The trade, which naturally didn’t go through, was for a low level goalie prospect with Arizona. The smart money would be on Anson Thornton, an 18 year old undrafted goalie. He fits the goalie aging timing, given the young age and ELC sliding that would occur.

The rumored Georgiev trade didn’t go through because Igor Shesterkin got hurt, forcing Georgiev to start for the better part of a month. Now the Rangers are a little stuck, given the need to both trade Georgiev and land a backup goalie, while not giving up more for the new backup than they receive for Georgiev.

While we can focus on the rumored trade that didn’t go through, the highlight is the minimal trade value. If an undrafted 18 year old goalie is the best the Rangers can do for Georgiev, then he barely has any trade value on his own. He’s a sweetener, the cherry on top of a trade if he’s packaged. Otherwise, his stand alone value is barely worth a mid round draft pick.

It is easy to blame the prior regime for not trading Georgiev two offseasons ago when they had the chance. However it does lack some nuance, as Shesterkin had not yet cemented himself as Shesterkin. Georgiev was insurance just in case that happened. Hindsight is 20/20, of course. It’s a tough loss in value, but they viewed it as a necessary one. That’s two years old at this point though, and in 2022, the price for Georgiev appears to be minimal at best.