Could (and more importantly, should) the Rangers trade for Patrick Kane? 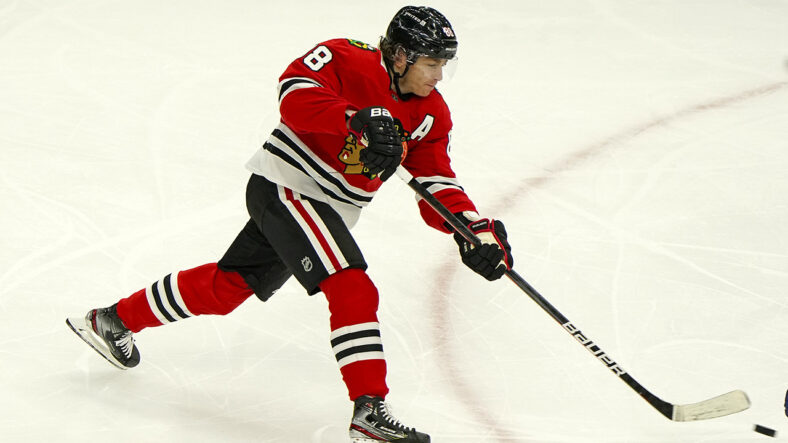 With the trade deadline less than two weeks away, the Rangers are being linked to every name on the market. While the focus has been on improving the team’s depth, the Rangers have the assets and cap space to make a splash, and some fans are clamoring for Chris Drury to go big. Should/Could the Rangers trade for Patrick Kane? His name comes up because of his star status, his history with Artemiy Panarin, and the current state of the Blackhawks, who are about to begin a full-scale rebuild.

But if the Rangers trade for Patrick Kane or bring any stars to New York via trade, they’d likely need to part with Kaapo Kakko. Would it be worth it? The team discusses, with the huge disclaimer that Rob, Becky and Dave would all be against this move because of his history of assault and rape allegations.

The gang also discusses Igor Shesterkin‘s Hart Trophy case, with plenty of shots fired at overzealous Toronto Maple Leafs fans who have argued that a goalie shouldn’t be eligible for the league MVP award. The show concludes, as always, with answers to some fan questions.

Make sure to check out Becky’s guest appearance on the 30 on Broadway Talking Blueshirts podcast!