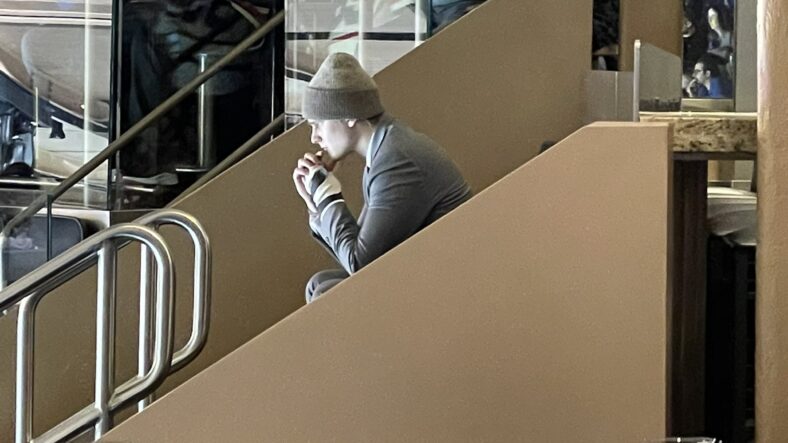 The news on Kaapo Kakko’s injury  has been minimal, but our own Karly Redpath was able to get a few pictures of him watching today’s game with a hard cast on his left wrist.

This appears to be a hard cast, which suggests a broken bone of some sort. The NHL doesn’t need to disclose injuries, which is silly, but at least now we appear to have some clarity.