Is Lundqvist’s jersey the last to be retired? 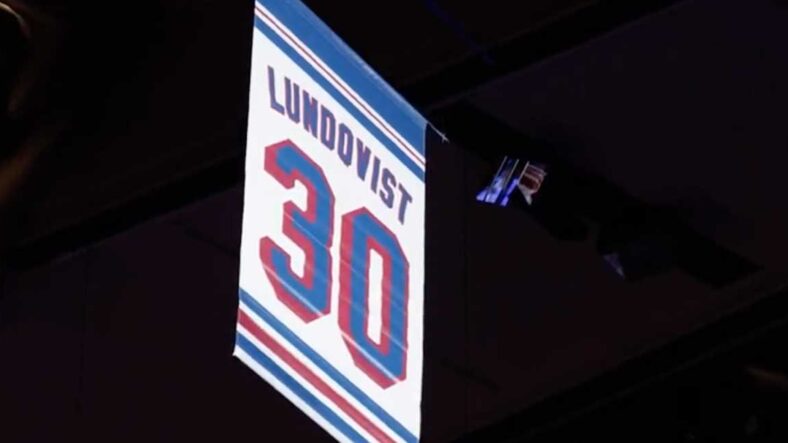 Last week the New York Rangers raised Henrik Lundqvist’s #30 jersey to the rafters.  It was a bitter sweet moment to honor a player that damn near carried this franchise for 15 years. Now that the dust has settled from that celebration, it does begs the question, is Hank’s jersey the last to be raised to the Garden’s rafters for the foreseeable future?

It’s an interesting question to ponder. There are certainly no rules or guidelines to selecting which Rangers greats get that privilege and which do not.

Richter, Messier, Leetch, and Graves were always obvious picks and destined to go. The GAG Line (Gilbert, Hadfield, and Ratelle), especially the latter two, were long overdue. Howell, Giacomin, and Bathgate were all Hall of Famers whose tenures as Rangers crossed two decades. If your criteria is some combination of tenure, HoFer, and importance to the team, there’s still some interesting players to debate.

With this criteria in mind, here’s my list of potential greats who arguably could see their jersey go to the rafters.  I say arguably because I could easily be convinced that Hank should be the last for at least the next decade, unless by some miracle Kreider wins us a Cup.

Greschner is probably the only player that I think has a very solid case to have his number raised to the rafters. Gresch was a beloved Ranger who played all his 16 seasons on Broadway. He was an excellent defenseman, who did all the things d-men of that era were asked to do. He put up points (over 600 of them), delivered huge hits, and fought anyone who crossed him or his teammates.

Gresch also delivered a game winning goal against the New York Islanders during the 1979 run that launched the Rangers to their second Stanley Cup appearance in that decade.

Gresch is not in the Hall of Fame and obviously never won us a Cup, but his role and tenure make it pretty surprising #4 isn’t hanging in the rafters already.

Every hockey fan knows the name Bobby Orr. Few outside of that era know Brad Park’s and it’s a shame. Park was arguably the 2nd best offensive defensemen in the 1970s after Orr, and Rangers fans got to witness his output of 378 points in 465 games.

Unfortunately, Park was packaged with Ratelle and Zanussi for a declining Phil Esposito and Vadnais in 1975. This sent the then 27-year-old to Boston where he played for the next 8 seasons, followed by another 2 in Detroit.

Had Park remained a Ranger, he would have had a great case to get his number retired. However, 500+ games in a Bruins jersey makes that case a bit of a tougher putt.

Walt Tkaczuk was another Rangers lifer who played 13 seasons at MSG. Walt was more of a two-way center and played on the infamous “Bulldog line” with Steve Vickers and Bill Fairbairn.  He put up 678 points in 945 career games.

Although Tkaczuk had his career cut short due to an eye injury in ’81, his is still 5th all-time in games played for the Rangers.

While he is further down on this list and often considered an underrated Ranger by most, he is one of the few players that chased both the ’72 and ’79 Cups.

Ultimately, not everyone’s jersey can or should be retired. The Rangers have such a long history and have had so many great players done the jersey over the past century.

Perhaps one of these three players should get a call to the rafters. Perhaps it should end with Lundqvist for the foreseeable future. Or perhaps the Rangers should start thinking about building a museum as an alternative to honor these guys and the numerous others who spent most of their careers in NY or helped us win Cups.  I’d be onboard for any of these solutions.