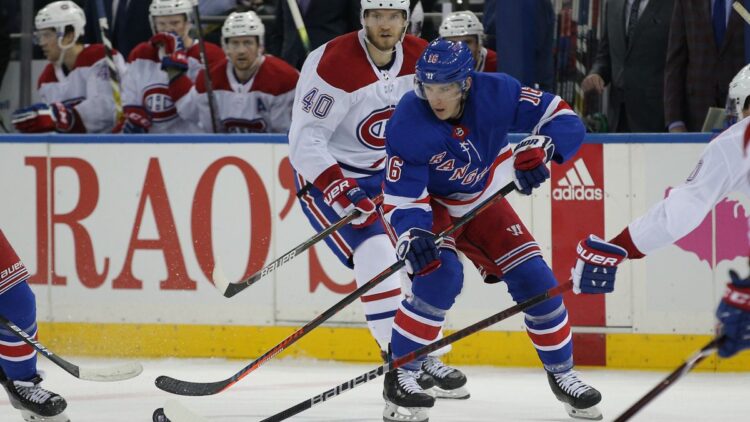 Per Larry Brooks, the Rangers and Ryan Strome are in contract talks. This shouldn’t be surprising news, as the Rangers and Strome seem like a good match. Strome has seen his career take a complete U-turn for the better in New York, and has really gelled with Artemiy Panarin.

The Rangers will need Strome to take a significant hometown discount. Even at $6 million, something Strome will likely exceed in free agency, the Rangers would be hard pressed to make additional moves. Re-signing Strome means the roster is set for next season, for the most part. That’s not necessarily a bad thing, but limited flexibility can hurt them down the road.

The one thing the Rangers won’t do, something we’ve mentioned before, is trade him to “recoup assets.” Letting Strome walk is far better than trading him and hurting the current team’s chances.