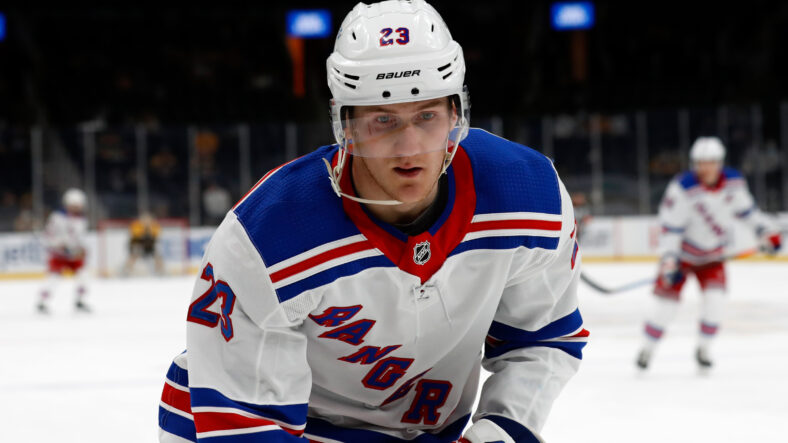 Adam Fox went to the locker room after what appeared to be getting pinned against the boards in Columbus tonight.

Adam Fox to the locker room after this #NYR pic.twitter.com/LA83i6QnIy

Fox did not return for the rest of the game, and there is no word on his injury or the severity. Naturally, prayer circles have started on social media, hoping for something minor.

Fox’s loss was certainly impactful as the Rangers tried to mount a comeback, but fell short in Columbus.

Update: Gerard Gallant said in the postgame that Fox’s injury is an upper body injury.