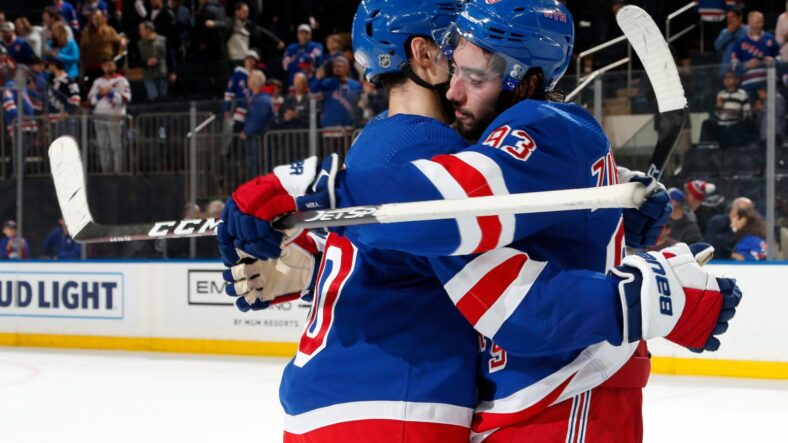 The Rangers opened 2022 on fire, rattling off three straight wins and showing that maybe they do belong in the conversation as true Stanley Cup contenders. The standings certainly say so, as the Rangers found themselves in first place overall at the conclusion of Monday night’s win over Edmonton. What is this team’s ceiling? Becky, Rob and Dave discuss that on the latest episode of Live From The Blue Seats, as well as dig into the ongoing Ryan Strome debate. With the center’s contract expiring at season’s end, the Rangers will have some difficult decisions to make. As always, the show wraps up with some fan questions.

Also, we poured one out (virtually) for Betty White, who passed away last week at the age of 99. If you’re interested in honoring Betty White’s memory, check out the #BettyWhiteChallenge on social media and consider donating to a local animal shelter or humane society on January 17th – the day that would have been Betty’s 100th birthday.