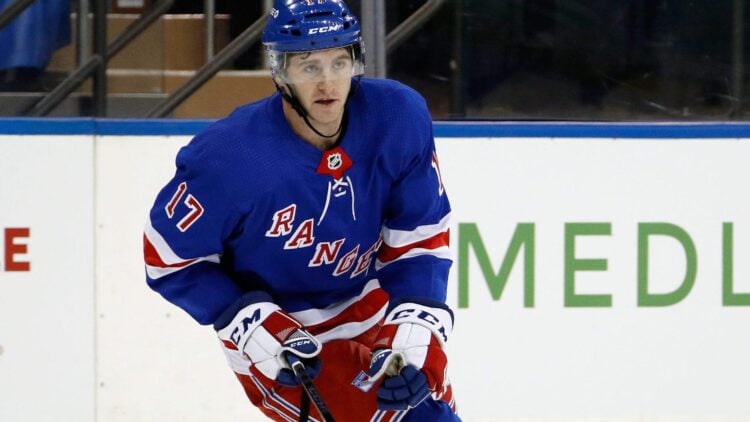 In addition to Ryan Lindgren, the Rangers have announced that Kevin Rooney has cleared COVID protocol. Tim Gettinger has been reassigned to the taxi squad.

Rangers make it official. Ryan Lindgren and Kevin Rooney have been activated from COVID protocol and Tim Gettinger has been reassigned to the taxi squad. #NYR

It is assumed that both Rooney and Lindgren will play tonight against Edmonton. Lindgren will likely go in for Zac Jones, despite Jones playing well yesterday. Rooney will replace Gettinger on the fourth line.

The Rangers are still without Artemiy Panarin and Jarred Tinordi, both on the COVID list.