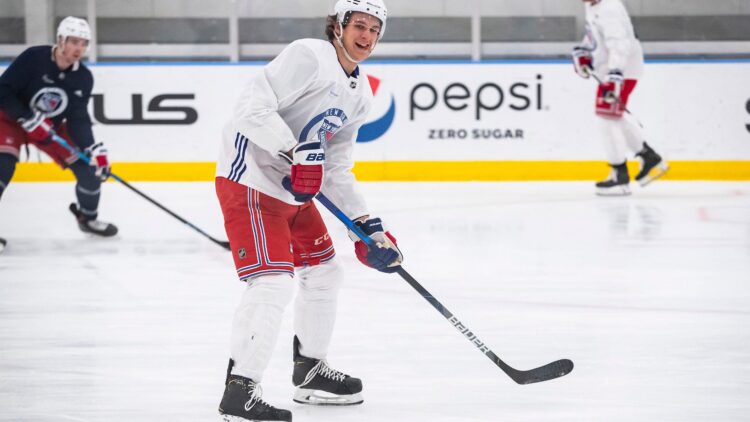 Morgan Barron has been recalled by the Rangers. Barron, getting his second recall of the season, played in two games with the Rangers earlier in the season before being sent back to Hartford. In 15 games in the AHL this season, Barron has a line of 6-3-9 and has been very comfortable, if short of dominant, while there.

Barron’s recall likely signals that one of Barclay Goodrow or Kevin Rooney, who both missed practice with maintenance issues. Goodrow took a puck to the face that shattered his visor, so the smart money is on him missing a game. That would put Goodrow in at 4LW tomorrow against San Jose.