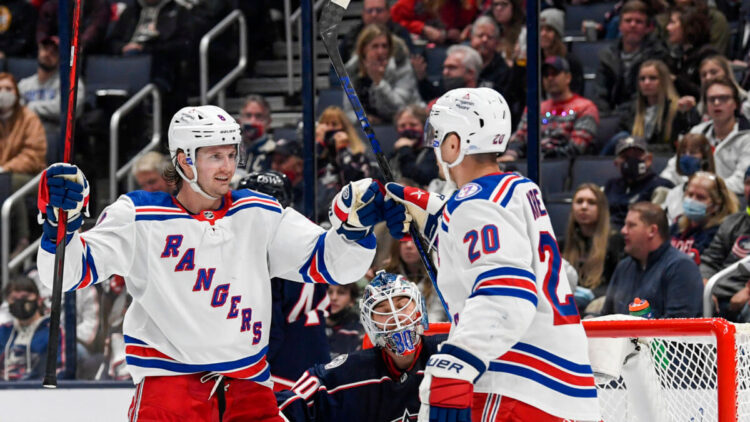 For the first time in forever, this felt like a win both deserved and earned by the Rangers. After what could be only be described as AHL-like play in the first period, the Rangers responded with a flurry of offense and pretty much ran away with the game. This is the kind of game you hope will continue to lead to better and better play from the Rangers. After their last road trip, there were a lot of warranted doubts about team construction, seriousness of contention, and the teams response to adversity. Fortunately, they came out of a the game with more shots than their opponent since the last time they played Columbus at the garden.

This was a good game from Artemi Panarin and Chris Kreider each with 2 goals. Panarin in particular was very critical of himself with the media that his play has not been good enough. You wouldn’t think that looking at his point totals, but it is clear that the Rangers live and die on the successes of Igor Shesterkin, Adam Fox, Artemi Panarin, and Mika Zibanejad. Panarin gets some massive points for not only saying he needs to do more, but going out and actually doing more with 2 goals and 6 shots on goal.

You know who hasn’t been nearly as bad as people thought he’d be: Ryan Reaves. The 4th line might not be lighting up the score sheet, but they are just a dominant possession line as a unit. Reaves almost had his first as a Ranger tonight, but was just simply robbed by Merzlikens at the goal mount. It is the one line I would not change a single thing about if I’m the Rangers. The same cannot be said for the other lines. Kaapo Kakko, Alexis Lafrenière, and Sammy Blais all need to be prioritized by this coaching staff. All 3 don’t make sense on any of the lines they are on. Blais in particular is just not a top line option, he took a bad penalty tonight cross checking a guy so hard into the boards that his stick shattered! I wonder if he makes more sense on a line with either Goodrow to just bring energy and be a wrecking ball, or even on a line with Panarin and Strome acting as that Fast/Blackwell role of just giving them space by battling. Something needs to change though.

Last thought on the game, hoping whatever happened to Shesterkin is nothing serious. He got hit by Texier because of Nemeth shoving him into him and had to go into concussion protocol with less than 7 minutes to go in the game. With a 5-3 lead, I still didn’t have much confidence in Alexandar Georgiev in getting the job done. Thankfully the Rangers played real well in front of him and kept the puck mostly in the neutral and Columbus end of the ice. We will see what happens for tomorrows game against New Jersey!