At what point does Patrik Nemeth get scratched? 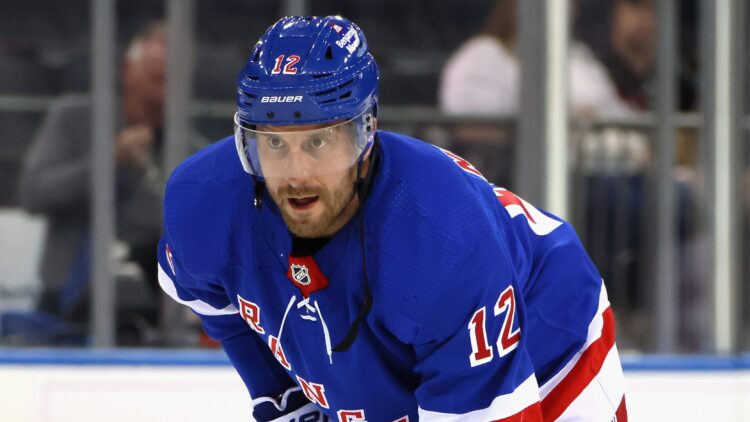 A lot of Rangers have been bad. I don’t think there is any disputing that. However it has been particularly rough for Patrik Nemeth, who has had a brutal start to his Rangers tenure. Much of the focus has been on Barclay Goodrow, and for good reason, but at least he has a good game here or there. Nemeth, on the other hand, has been downright bad for every game. At what point does Patrick Nemeth get scratched? 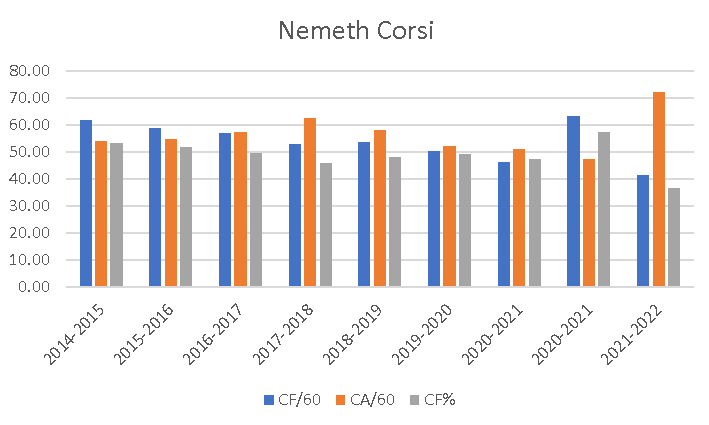 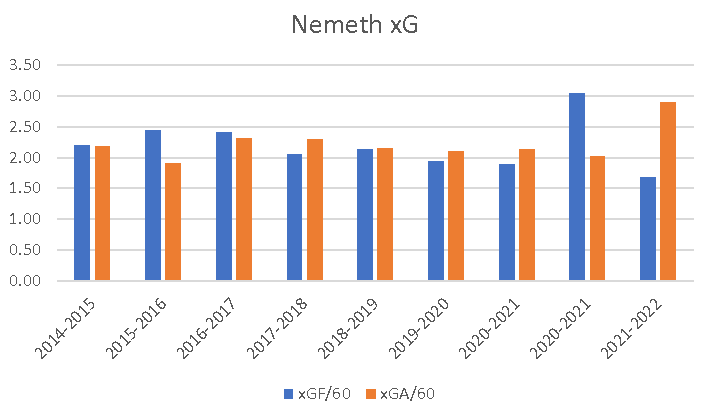 The thing that jumps out is the general consistency Nemeth had before coming over to the Rangers. Colorado certainly inflated his numbers to the point where he was considered better than he was, which is worth noting. But that said, he was never a bad defenseman, and his signing was seen as a strong one. This season is a whole new level of bad.

Nemeth has been bad across the board. The Rangers aren’t a good team from a possession standpoint, which impacts Nemeth’s overall numbers. But you don’t need numbers to show that he has been horrible. He’s making bad decisions with the puck, he’s missing assignments, and he’s been by far the worst regular defenseman on the team. Given the Rangers committed to him for three years, they need this to work. 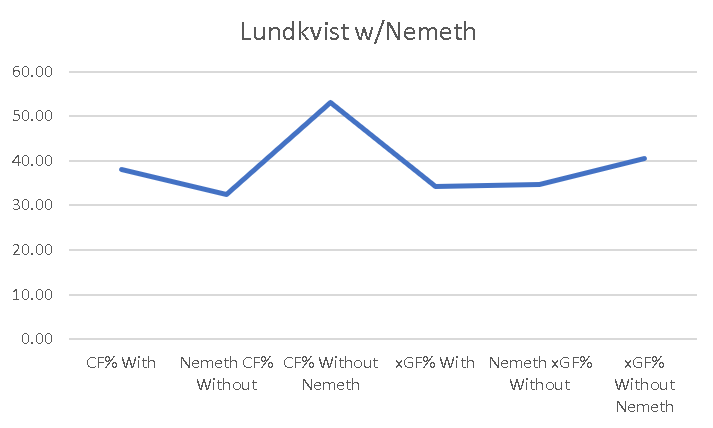 Not my best chart —this was a late add to the post— but notice the two points of Lundkvist without Nemeth. They both go up. Small sample size alert, as always, but Lundkvist has been better without Nemeth as his partner. The minutes are few and far between, but it does at least suggest that Nemeth’s bad play is impacting Lundkvist negatively.

If Nils Lundkvist can get a healthy scratch for poor play, then shouldn’t Patrik Nemeth get scratched?

Patrik Nemeth has historically been a steady defenseman, if unspectacular. The players that struggle the most when coming to a new system are usually defensemen. That doesn’t necessarily excuse Nemeth from his poor play, but it at least provides a reason.

Nemeth, hopefully, didn’t just fall off a cliff when coming to the Rangers. He’s playing primarily with a rookie (or worse), with a new coach, and with a new system. That takes a lot of time to adjust. It also doesn’t help that the Rangers look bad, despite the points.

At some point we should see Patrik Nemeth get scratched so that he can get a game off and perhaps watch from above. The problem, of course, is that it is Jarred Tinordi or Libor Hajek that would play with Lundkvist. That’s a whole other problem.

But what matters more? One game of Tinordi-Lundkvist to get Nemeth rolling, hopefully? Or trying to work it out. But at some point, Patrik Nemeth getting scratched needs to happen.