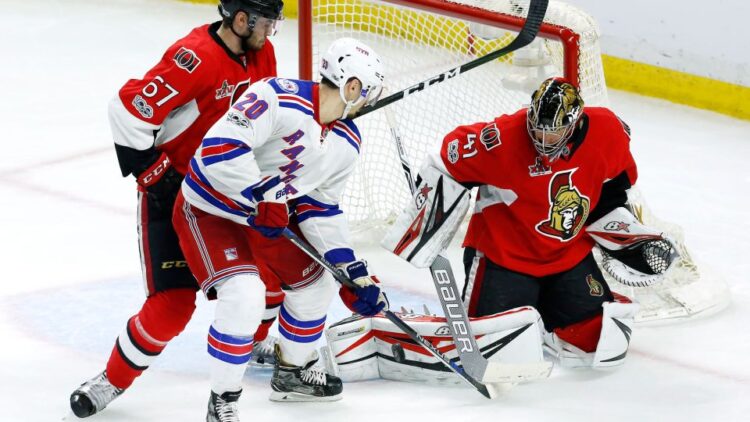 The NY Rangers were outplayed by the lowly Ottawa Senators for the first two periods. They couldn’t muster anything offensively, and Matt Murray made the saves he needed to. Then the third period happened, and the Rangers stormed back, getting three goals to top Ottawa in regulation. Alex Georgiev wasn’t spectacular, and he had a bad goal, but he made key saves in the second and third to keep the Rangers in it and get the win.

All three goals came from in front of the net, which should be a common theme for the Rangers this season. Between Chris Kreider, Sammy Blais, and Barclay Goodrow, who might all wind up on separate lines, the Rangers have three guys who can get in front and score. This, along with one of the league’s top blue lines, makes the Rangers dangerous, even when they only play 30% of a hockey game.

Adam Fox missed on his stick check at the blue line, which led to a 3 on 1 for the Senators the other way. There were some upset people on this one, but it isn’t on Georgiev. He made a lot of big saves through the second period to keep the Rangers in it. Until…

Artemiy Panarin and Mika Zibanejad combined for a turnover at the blue line, which led to a Josh Norris chance the other way. Georgiev wants this one back.

Kreider's nets a power play goal from Panarin and Zibanejad. Fox won't get an assist, but he's a key part of this play #NYR pic.twitter.com/lx8orAkKli

This was a pretty passing play, and again Chris Kreider is the best net front presence in the NHL. Kreider got the inside position on the defense while Zibanejad and Panarin made beautiful passes to set this up.

Adam Fox to Ryan Lindgren for a 4-on-4 goal to tie the game #NYR pic.twitter.com/K5890PDbLZ

Adam Fox is easily the best defenseman in the NHL. This equalizer from Ryan Lindgren, who got body position in front, was due to Fox doing Foxy things.

Barclay Goodrow got to the front of the net, all three goals had the same theme here, and Sammy Blais took the loose puck and threw it in front. Goodrow deflected it for the game winner. 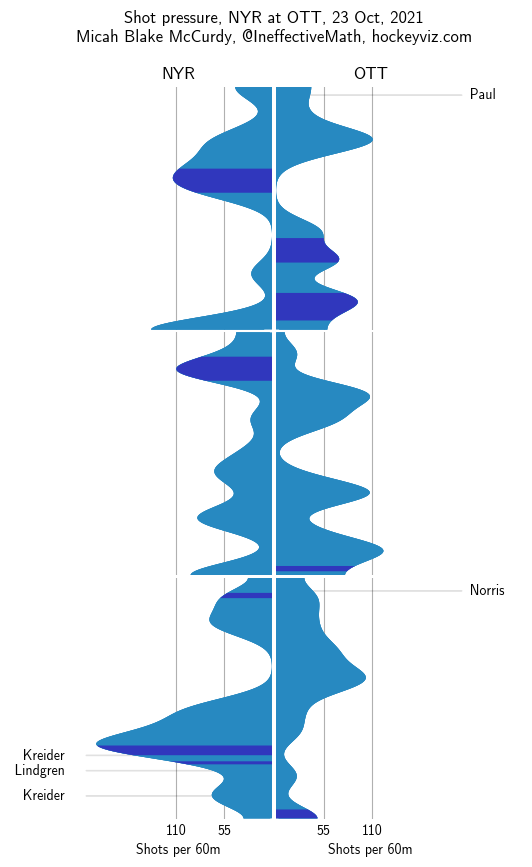 The Rangers are having some process issues, as we’ve covered. This was also an afternoon trap game, so you had the triple whammy here. That all leads to a bad team controlling most of the play.

This again wasn’t the best performance by the Rangers. It was an afternoon trap game and they were down 1-0 early on. But the Rangers figured it out eventually, albeit later than they wanted, and managed a comeback to down Ottawa. This makes it four in a row for the Rangers. The process hasn’t been great for multiple games, but that will work itself out. Bank points now, especially on the road.