The Rangers may have accidentally found their third scoring line 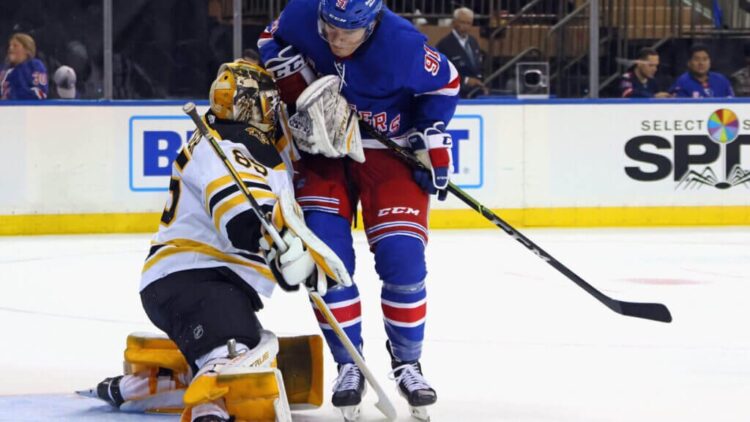 Injuries are funny sometimes. The Rangers have been without both Kaapo Kakko and Ryan Strome for a week, and it forced Gerard Gallant to be creative with his lines. To get more scoring punch, he was forced to put Mika Zibanejad and Artemiy Panarin together and overload the first line. In doing so, he happened to try out the Alexis Lafreniere-Filip Chytil-Sammy Blais trio. Luck was on his side, as the Rangers may have accidentally found that third scoring line.

Blais, Chyil, and Lafreniere were by far the Rangers best line last night, with the trio posting the three best game scores against Nashville.

The Rangers' second line of Lafrenière, Blais, and Chytil led all skaters in game score. Who else could round out the #NYR's top five but Fox & Shesterkin (@hockeystatcards) pic.twitter.com/syMkPQNEPe

Naturally, this line has earned at least another game together this weekend in Ottawa. The chemistry was clearly there, and it the results showed it. The points were nice, but it was the overall process and relative dominance while on the ice that mattered more. Good process breeds good results. That line had good process.

If you are a fan of comparisons, then this line could function as that Pouliot-Brassard-Zuccarello line from the 2013-2014 team.

If we assume the aforementioned trio stays together, then we likely get some kind of first line with Zibanejad, Chris Kreider, and Kaapo Kakko. Zibanejad and Kreider have played together for what seems like forever, and their results are pretty solid. What the line lacks is a consistent two way play driver. Enter Kakko, who complements that duo nicely.

Kakko is less of a corners guy and more of an overall solid three zone player. Kreider can serve as the puck retriever, Zibanejad the clear shooter, and Kakko the everyman. He’d fill the Pavel Buchnevich role on the top line, and they do have similar skill sets. It seems like a perfect match.

That leaves the second line. Naturally you’ll have Strome and Panarin together. That line worked best with Colin Blackwell or Jesper Fast as the puck retriever. Kakko, who had good numbers with the duo when given the chance, is a better fit for the first line. Thus, enter Barclay Goodrow. Goodrow excels at the board work and giving space to Panarin and Strome.

What we lack is data and sample sizes to show if these top three lines will work. Eye test shows the Laf-Chytil-Blais line will be solid. There’s a lot of talent there. Clearly there’s talent in the top six as well. The wild card is Gallant, and hopefully he avoids galaxy braining the whole thing. And perhaps that pesky penalty thing.

Sometimes the best lines are found by accident. This may have been the case for the Rangers, accidentally finding their third scoring line. In doing so, the rest of the pieces in the top six just fall into place. Rather convenient, no?