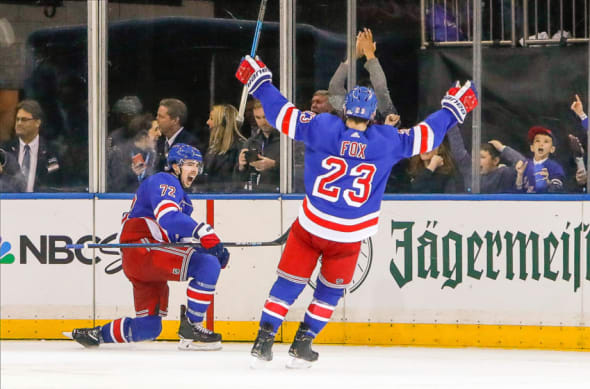 On this week’s episode of Live From The Blue Seats, hockey analytics expert Jack Fraser (@JFreshHockey) joins the show to discuss the 2021-22 Rangers. Where does Jack’s model project the Rangers to finish the season? Are the Rangers a playoff team? And what are his thoughts on the 8-year contract extension for Mika Zibanejad?

Becky, Dave and Rob also react (and possibly overreact) to a wild Monday, which saw the Rangers make some key roster decisions, as well as set their lineup ahead of Wednesday night’s opener in Washington. And why won’t this team just name a captain?

Take a listen to the show using the player below, or better yet, subscribe on Apple or Spotify. Follow the show on Twitter at @BlueSeatsLive and send us your questions, comments and angry tweets using the hashtag #LiveFromtheBlueSeats.

Follow Jack on Twitter at @JFreshHockey for terrific hockey analytics visualizations including player cards and standings projections. Check out his Patreon and Substack as well!