Rangers may have defensive depth issues heading into the season 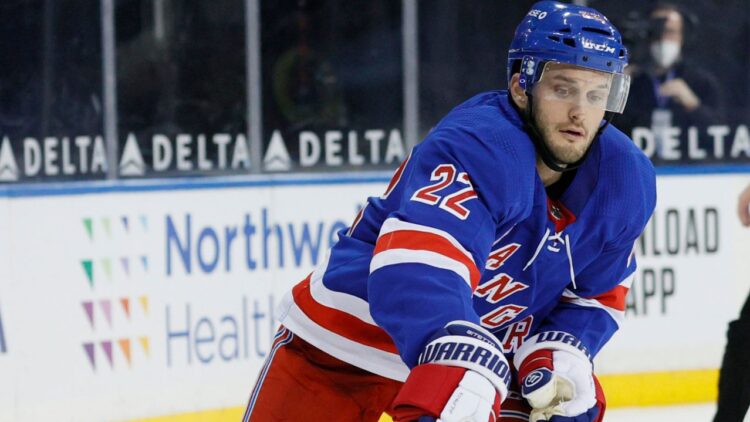 As the preseason wears on, the battle for the 7D, 8D, and 9D positions continues. It seems to be a competition between Jarred Tinordi, Anthony Bitetto, and Libor Hajek. It appears that Tinordi has the inside track for that 7D spot, given the fresh two year contract he signed this summer. Both Hajek and Bitetto have one year remaining. The issue is none of the three are good, with Tinordi filling one specific role and that’s it. All three are below replacement level. While their contracts aren’t really a concern, it does pose a problem when the Rangers start needing maintenance days on the blue line. If one of these guys gets significant games, it’s a problem. Two? It’s a disaster. The Rangers certainly have a defensive depth problem this season.

When talking depth, there are two kinds. The first is long term depth, which is meant to be a viable replacement in the event of a significant injury or someone’s game disappears. This is where you will likely see Zac Jones or Braden Schneider as a call up. The simple explanation is that the prospects will benefit much more from big minutes in the AHL in all situations. Given the current roster spot crunch, both Jones and Schneider will likely be in the AHL to start the season. To stay positive, this is a good thing for their development in the long term. Should a need for them arise, they will be ready.

Short term depth is meant to be a few games here or there when someone gets banged up. This is where Tinordi, Bitetto, and Hajek come into play. One of them will be in the press box to start the season as the 7D, most likely Tinordi. He will get games, and hopefully they are few and far between. The less Tinordi, Bitetto, and Hajek play, the healthier the blue line is, which bodes well for the Rangers. But reality is that all three will likely get at least a few games this season. Bumps and bruises happen.

This is the concern, as none of the three really instill confidence if they are in the lineup. A game or two is no big deal, but if the Rangers start rotating injuries to their top-six, we may see more of this trio than we’d like.

While one short term injury may be manageable, the Rangers will definitely have times where more than one of their top six is out of the lineup. This means, assuming Jones or Schneider are not recalled, the Rangers will have two of this trio in the lineup. Smart money would be on Bitetto being second in line, given Hajek’s struggles, making a third pair of Tinordi-Bitetto. One preseason game is not enough of an evaluation period, but that pair was on the ice for all four Islanders goals on Sunday. Not exactly a confidence boosting start, but again there’s time.

Something like this really highlights the defensive depth issues the Rangers might have heading into the season. Perhaps there is a plan that, if multiple injuries occur, Jones is called up for the short term. The Rangers certainly have the cap space to manage the roster for smaller moves like this without LTIR.

The Rangers would certainly have benefited from adding an actual replacement level player for defensive depth this offseason. That time has come and gone. Adding depth is relatively easy throughout the season, so we shall see how this plays out. For now, it is one of the bigger holes on the roster.