Making sense of the Rangers player roles for the 2021 season 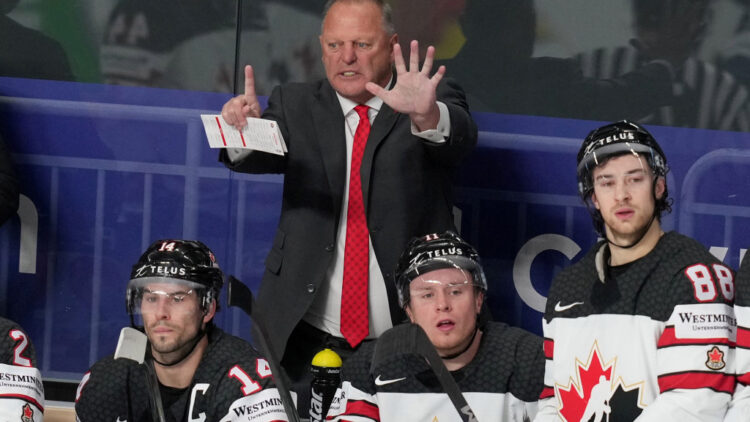 Much of the media speculation this summer for Rangers’ trade and free agency targets has mostly centered around two things. One, focusing on players that have a past relationship with Gerard Gallant. Two, identifying players that fit potential roles on the Rangers, which Drury has been insistent will be an important trait for this club moving forward.

And really, this should surprise no one. Almost every coach in the NHL wants to have defined roles for their roster, and every player ultimately wants to know what their role is going to be.

The past few years under David Quinn, roles seemed a bit nebulous. To be fair to DQ, the goal was to develop talent. This made roles a little bit less defined as he had to try different guys in different situations to see what kind of players he had on his bench. This season will be different.

Gerard Gallant wasn’t hired to solely develop talent, but to exploit it. This means there will most likely be forward lines that will have different roles from each other.

There’s usually two trains of thought with hockey coaches in how they want to line match. Some coaches prefer to match the opposition’s top line with their top line. So effectively, Kreider or Laf (LW), Mika (C), and Kakko (RW) will presumably be out there against other teams’ top scoring line.

The goal here is to get as much offense as possible. Typically, the downside is you are also inviting offense against your team because top goal scorers often can’t defend themselves out of a paper bag. The Rangers don’t have that issue.

Other coaches prefer to have a shut down line (usually your 3rd line) out there against the opposing team’s #1, especially if there’s a d-zone draw. Obviously, the benefit is to keep the other team off the score sheet. The downside is you risk having your best players on the bench in certain situations.

Given Kreider and Kakko’s ability to play two-way hockey and how GG has deployed his top guys in the past, my guess is that these guys will mostly be out there vs. the other team’s first line.

Will the Rangers have a shutdown / checking line?

So, if Gallant matches line 1 vs. line 1, then the question is, will we even have a checking line?

It’s an open question at this point. The Rangers certainly added guys who can play that role in Goodrow and Blais. Both are very effective forecheckers and can play behind the goal line or win board battles. However, rather than having one line that plays north / south, another option is to spread them around the lineup.

You see this school of thought in Toronto where Matthews and Marner often had Hyman on the flank digging pucks out for them. Losing Buchnevich hurts in this respect. He was a skilled player who was also great along the wall. So, perhaps Gallant bumps one of these new guys up into the top 6 if he doesn’t go with a quintessential shutdown line.

The key here is where do Drury and Gallant see Chytil?

The second line should be all offense

Gun to my head, I think the Rangers second line will probably get the easiest minutes. Panarin, Strome, and Kravtsov are all offense and should see the most o-zone starts and least amount of top opposition, if Gallant does his job right.

Even if Strome is traded, I have a hard time seeing this line getting deployed any differently. Guys like Panarin should also never be out on the ice against a goon. That should never happen again. This is the easiest of the Rangers player roles for GG to execute.

The fourth line should get minutes

Fourth lines have become a bit of a hot topic with this fanbase over the years, likely stemming from AV’s over reliance on players that should have probably rode pine. AV and his peculiar line strategy aside, how 4th lines get deployed usually depends upon one’s depth.  There’s an ocean of difference between having Brandon Prust in your bottom six vs. Donald Brashear.

The 2021 Rangers will have that depth. Morgan Barron, Julien Gauthier, Dryden Hunt, Kevin Rooney, and to some extent Ryan Reeves, can all play hockey. Some combination of these guys should be able to eat 10-12 mins a night, pop in a few goals, and bring a solid forecheck without being a net negative.

Overall, the Rangers having defined player roles is always the way to go because everyone understands what their job is and isn’t. Good structure usually wins in the end.

As the Rangers roster gets solidified, we’ll have a better idea of who fits where and on what line. Even if the Rangers acquire Eichel, the premise won’t change. Roles for our forwards will be the way forward.