ESPN: Rangers were going to walk from Buchnevich at arbitration 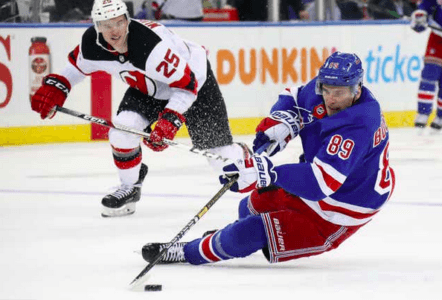 Per ESPN (Greg Wyshynski, Emily Kaplan), the Rangers were going to walk away from RFA Pavel Buchnevich after arbitration if no trade could be found. That’s how desperate they were to get rid of the forward. Whether or not you liked Buchnevich, and the general consensus seems to be that the trade was bad, this is extreme wastefulness of a valuable asset.

Buchnevich was instead traded for pennies on the dollar, which I guess is better than losing him for nothing? It just seems like very odd asset management to walk away from an affordable first line winger who put up 45+ points the last two seasons.

I find it difficult to believe the Rangers would walk away from Buchnevich following arbitration, but crazier things have happened. This is one blemish that Drury needs to navigate through quite early in his tenure as GM.